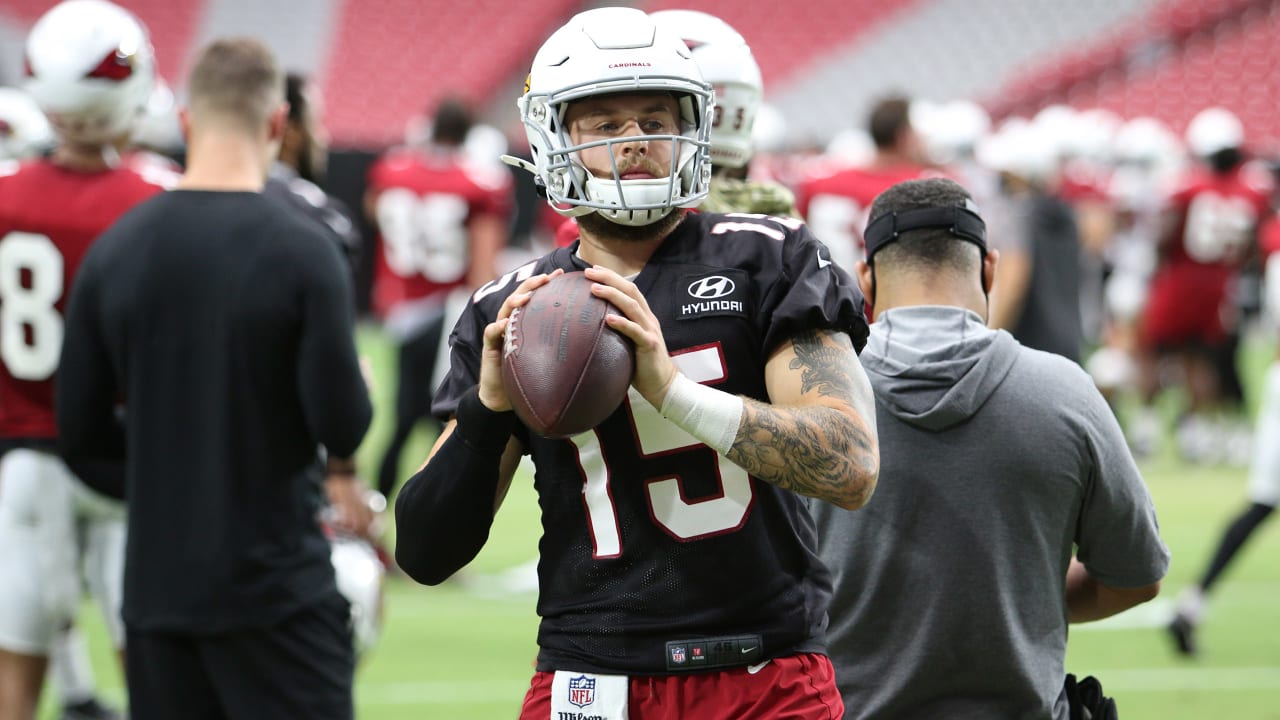 Chris Streveler sees himself as a quarterback first, and so do the Cardinals.

But the Cards may or may not want or need to carry three quarterbacks – Kyler Murray and Brett Hundley are entrenched as the top two – so the CFL transplant is seeking other ways to stick.

Much has been of a Taysom Hill-type potential of Streveler being able to run and catch as well as throwing, but ultimately special teams play feels necessary for Streveler in order to remain on the 53-man roster.

“I don’t think it’s any secret that we are trying to find out what he can do,” special teams coordinator and assistant head coach Jeff Rodgers said. “I’m trying to expose him to as many things as we can and find out what he is good at.

“I don’t want to throw him into a full live periods when he’s never covered a kick this early. He is a heck of athlete, he’s a good leader, he’s picked up on stuff quick – quarterbacks, by nature, are pretty smart people. It’s not figuring the stuff out, it’s how many times has he used his hands to block people, and how many times has he tackled people.”

Streveler said he’s focused in meetings taking notes for special teams, going as hard as he can during special teams periods – whether they are regular reps or scout team reps. He’s earned the respect of running back and special teamer Chase Edmonds, who spent a chunk of the offseason working out with Streveler.

Streveler is “one of the bros,” Edmonds said. “He works his butt off.”

“He embraces doing whatever it takes to make the team,” Edmonds added. “That’s the first and foremost attitude you have to have.”

As far as Hill comparisons – the Saints quarterback does play on multiple special teams, as well as having certain packages on offense – Streveler doesn’t want to get ahead of himself.

“That’s kind of been a comparison that’s been thrown around but that’s not something I focus on,” Streveler said. “For me it’s trying to be the best version of myself, and whether that is doing some similar things he does or not, I’m trying to take advantage of the opportunities coaches give me.”