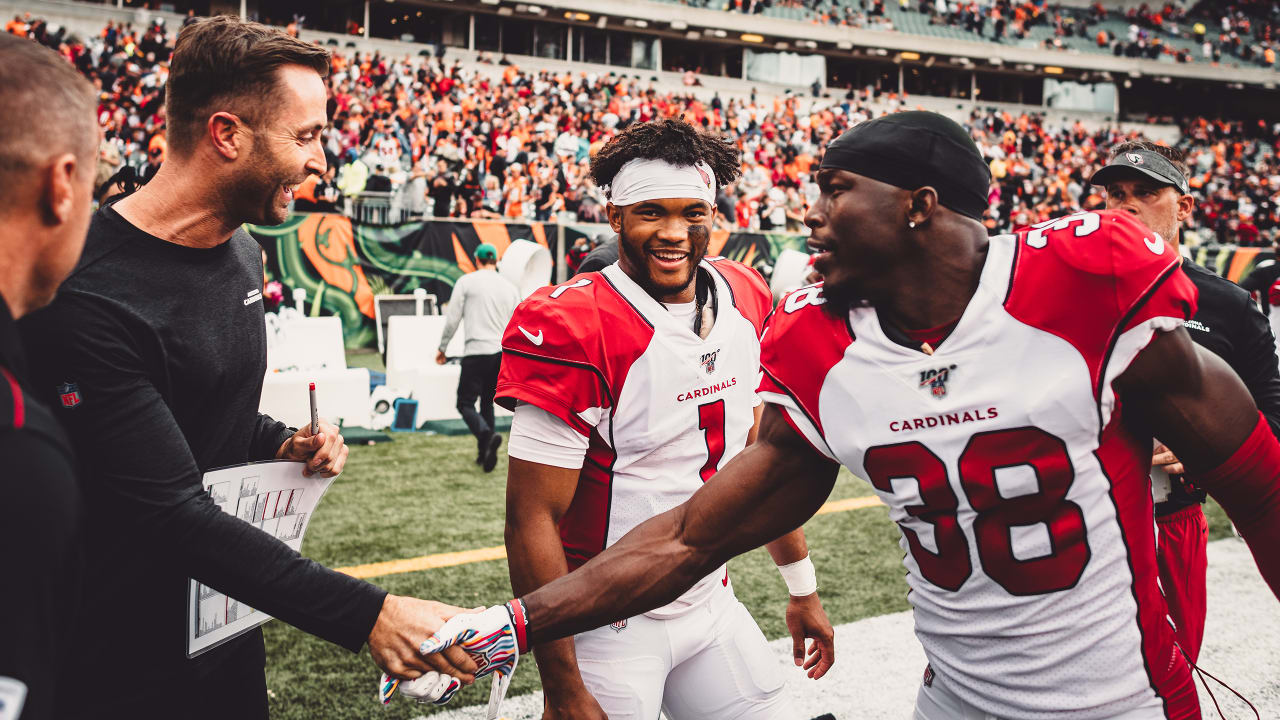 The Cardinals’ offense showed noticeable improvement against Cincinnati, accumulating 514 total yards in the 26-23 win. The rushing attack was dynamic, as the team carried the ball 38 times for 266 yards and two touchdowns, an average of 7.0 yards per carry.

The Cardinals are fourth in the NFL in rushing at 5.4 yards per carry, and ranked atop the league in rushing efficiency by Football Outsiders after finishing 31st a season ago.

While those numbers are promising, the Cardinals can only truly turn a corner if their passing game progresses. The opportunity is there against a Falcons team that allowed 426 yards and five touchdowns to Deshaun Watson in a 53-32 loss to the Texans last week.

“Last week, I think, was a bit of an anomaly,” Kingsbury said. “There were some plays that got out late. They’ve been banged up and had some injuries, but that’s a proud group. They’re a couple years removed from the Super Bowl, and we know we’re going to get their best shot. It’s still a very formidable defense with some really, really good players.”

The Cardinals hope to have two key skill weapons available, as running back David Johnson (back) and wide receiver Christian Kirk (ankle) are both game-day decisions (as well as wide receiver Damiere Byrd (hamstring) and linebackers Terrell Suggs (back) and Haason Reddick (shoulder)).

Kingsbury did a nice job adjusting his approach in Week 5 without Kirk and Byrd, using heavier sets with tight ends Charles Clay and Maxx Williams. The Cardinals previously relied on a large dose of four wide receiver formations, and Falcons coach Dan Quinn said his team must be aware of the newfound versatility.

“I’m not going to call it more traditional things, but for them, it adds another layer,” Quinn said.

The Cardinals’ defense must hold up in a game that could be a shootout. The Falcons still boast former league MVP Matt Ryan at quarterback and a strong wide receiver corps headlined by Julio Jones.

The Cardinals must contain him without the services of Pro Bowl cornerback Patrick Peterson, who will be serving the final game of his six-week suspension.

“Even if we had Pat P, it would be a game plan to keep Julio contained,” defensive coordinator Vance Joseph said. “He’s obviously a special player. He’s the best in the game by a big margin, I think, as far as receivers are concerned. But our young guys are up for the task.”

The Cardinals might only have one win on the scoreboard, but some of the underlying metrics are encouraging. They are hoping the momentum continues to mount against a Falcons team that will enter in desperate search of a win.

“We definitely want to capitalize off the stuff that we started building last week,” Humphries said. “We know this is a team that is coming off a few losses in a row, and they’re trying to get their season kickstarted. We’re trying to make sure to get our season rolling.”