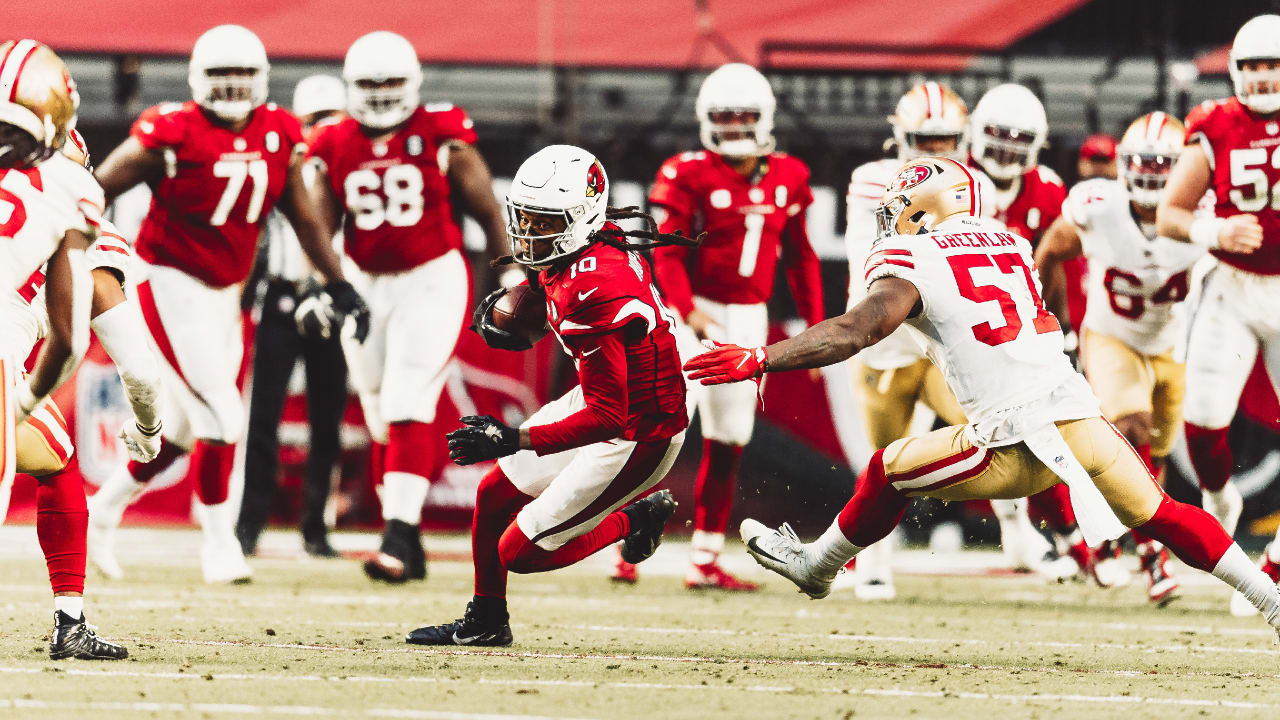 DeAndre Hopkins may have a resumé full of Pro Bowls and All-Pros, but he doesn’t see the ceiling having been reached. Not yet.

“I don’t think I’ve reached my peak yet,” Hopkins said in early August.

The way his fellow players see it, Hopkins is pretty close, judging by his ranking of No. 8 in this year’s NFL Network “Top 100” list — the second straight year Hopkins has landed at No. 8.

Hopkins is the fourth Cardinal on this year’s list. Defensive lineman J.J. Watt was No. 66, quarterback Kyler Murray was No. 39, and safety Budda Baker was No. 19.

“I can go out and get 1,400 or 1,500 yards but it really doesn’t mean anything if the team is losing,” Hopkins said. “Reaching that nirvana is winning that championship.”