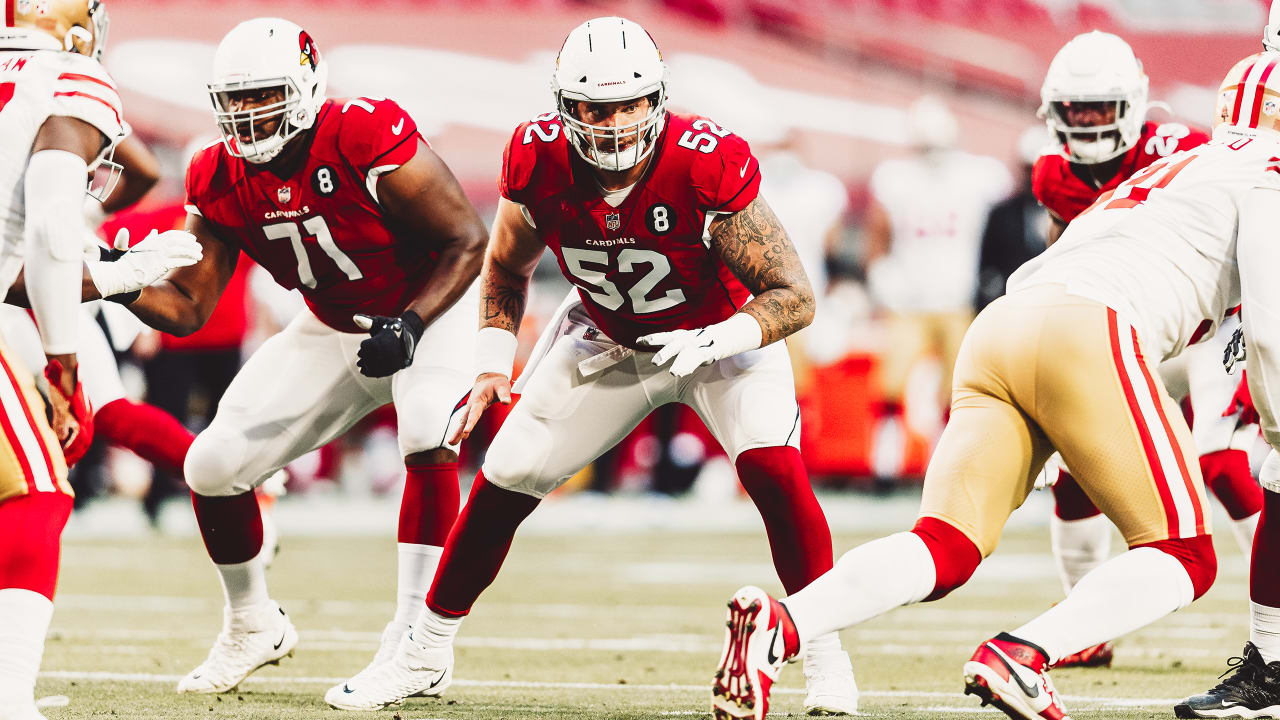 The Cardinals could go a number of different ways on the line this offseason, looking for upgrades or standing pat with these potential starters under contract: D.J. Humphries at left tackle; Justin Pugh at left guard; Cole or Gaillard at center; Justin Murray at right guard and Josh Jones at right tackle.

Jones didn’t start last season after being drafted in the third round. Veteran starter Kelvin Beachum is an impending free agent, while veteran Marcus Gilbert is under contract for 2021 after opting out of last season due to COVID-19.

Jones projects as an offensive tackle of the future for the Cardinals, but it’s unclear if he will start on the right side in 2021.

“I thought he handled his rookie year extremely well,” Kugler said. “Not only on the field but in the room. He’s a very talented young man and he likes football. We’re very excited about him. He offers position flexibility. He can play tackle, he can play guard. We’ll see where that goes as we get into the offseason. He’s a very good pick for us and he’s going to be an outstanding lineman for the future of the Cardinals.”

Guard J.R. Sweezy is an impending free agent, but Murray usurped him as the starter down the stretch and will aim to hold the job.

“(Murray) was very consistent,” Kugler said. “He was not highly penalized. I think he gave up one sack on the year. He’s got a lot of things he’s got to get better in, and he knows that, but, man, I trust that guy to put in the work to do that. I expect him to get better and better. He cares about the game of football.”

As for the players running behind the line, ﻿Chase Edmonds﻿ figures to have a substantive role next year, but it’s still unclear if he will become the No. 1 running back with starter ﻿Kenyan Drake﻿ heading toward free agency.

Edmonds, who averaged 4.6 yards per carry last season and added 402 receiving yards, is explosive but only 5-foot-9 and 210 pounds.

Tags: but cardinals he