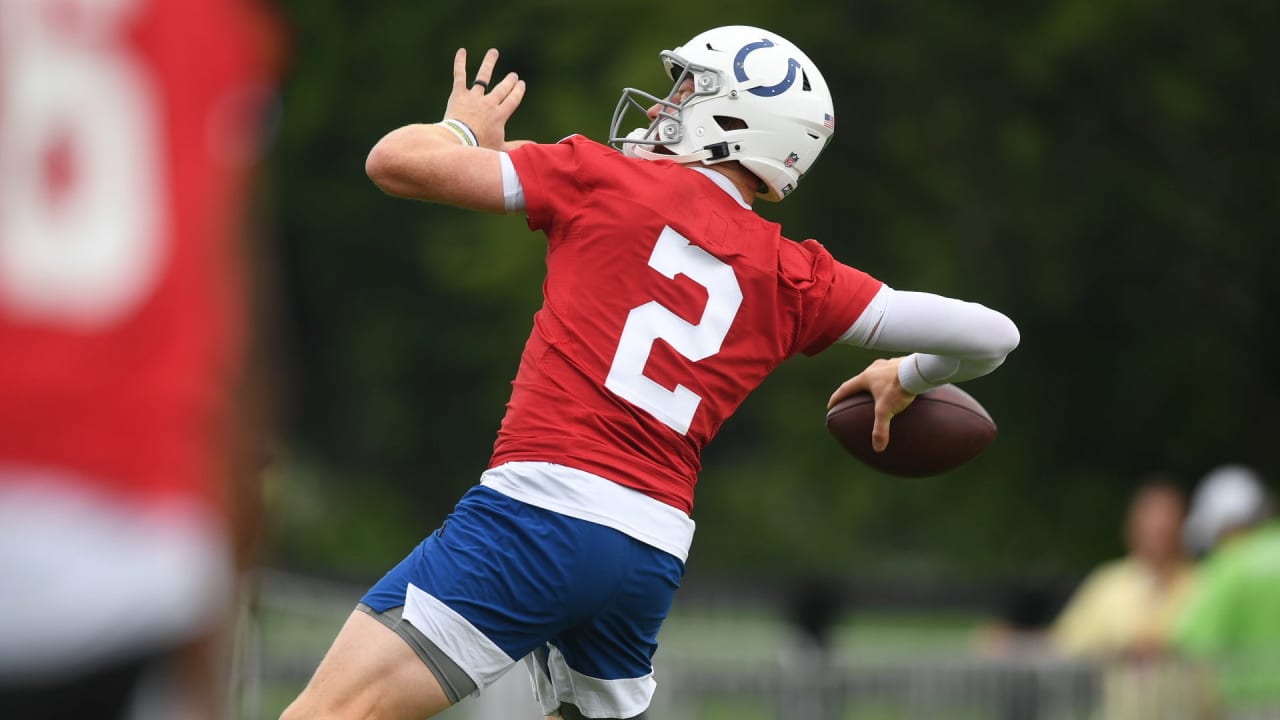 WESTFIELD, Ind. — The Colts’ second training camp practice of 2021 went by at a crisp tempo and featured a handful of eye-popping highlights.

“I felt like the execution today was much better than it was yesterday,” special teams coordinator Bubba Ventrone, who for ran practice for the second straight day with Frank Reich isolating, said.

The highlight of the morning was a deep shot completion from Carson Wentz to Zach Pascal — but how it happened was even more impressive. DeForest Buckner blasted into the backfield and got in Wentz’s face, but the Colts’ quarterback was able to hang in long enough to rip a strike to a streaking Pascal downfield, who dove to make the catch.

“You got a guy who can throw off his back foot probably about 65 (yards),” wide receiver Michael Pittman Jr. said of Wentz.

The Colts’ offense in 2020 was efficient and effective with Philip Rivers at quarterback, but the different dimensions Wentz brings with his size, athleticism and arm strength in 2021 has been readily apparent in the first two practices here at Grand Park. Offensive coordinator Marcus Brady said Wednesday Wentz mentally “has it down,” and the process for him over the next few weeks will be to hone his timing with his receivers.

“Overall he’s got a great grasp of the offense of what he wants to do,” Brady said.

In addition to Pascal’s highlight reel catch, he made a number of standout plays throughout practice. The 26-year-old is entering his fourth year in Indianapolis and has been remarkably consistent over the last two years — 40+ catches, 600+ yards and 5 TDs in 2019 and 2020 — all while setting a certain physical tone for the Colts’ offense.

“He’s just a hard-nosed, tough guy. He basically does everything,” Pittman said. “If you tell him to go do something, he’s going to do it right. So he’s just an all-around guy.”

Ventrone said the Colts were pleased with Rodrigo Blankenship’s consistency last year — “not a lot of variation on his kicks,” the fourth-year special teams coordinator said — but explained why former Chicago Bears kicker Eddy Pineiro was brought in to compete with “Hot Rod” in camp.

“Eddy’s a talented player, he’s explosive, he’s had some injuries that he’s been dealing with — he’s healthy now and it’ll be a good competition,” Ventrone said. “We have two really good kickers in camp.

“40-plus. That’s our goal and we’re sticking to it.” – Safety Julian Blackmon on how many takeaways the Colts want in 2021