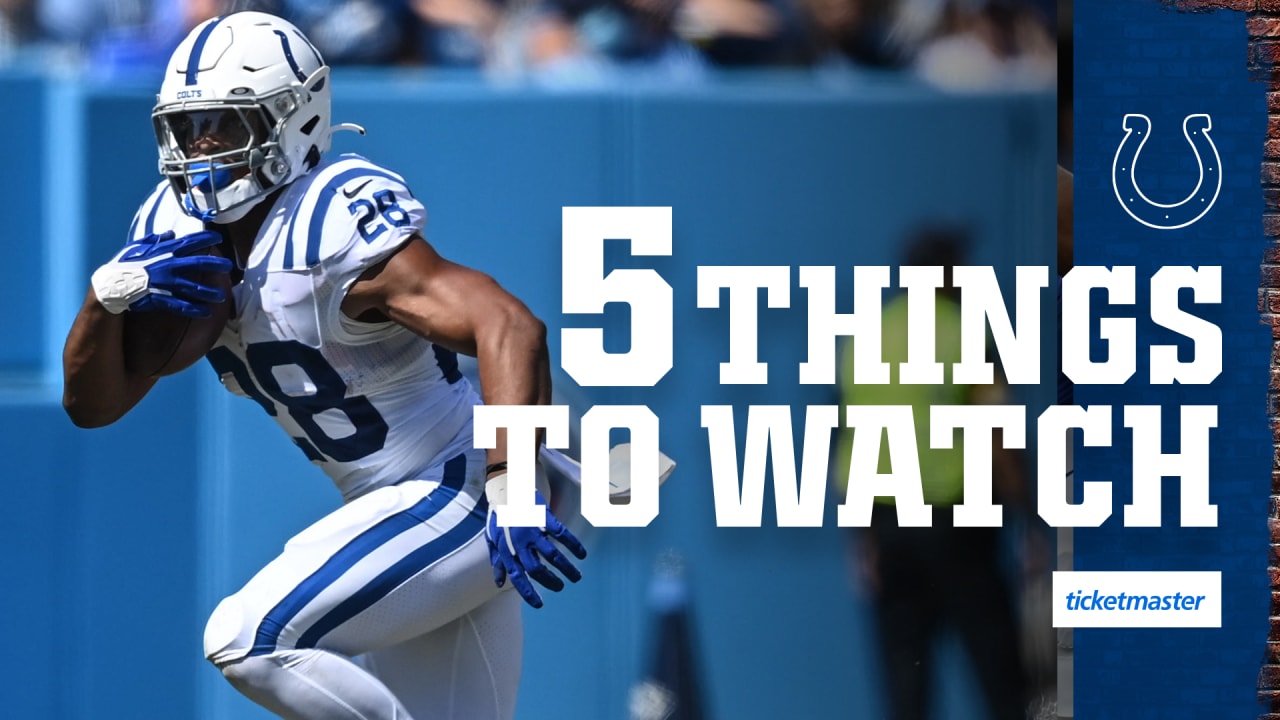 The Colts’ Week 3 game against the Titans was just the second time in Carson Wentz’s career he didn’t register a rushing attempt. The quarterback gritted through sprains in both his ankles to play last week; he went from barely being able to walk on Monday to taking all 61 snaps on Sunday.

Wentz participated in all three of the Colts’ practices this week — albeit in limited fashion — which represents an encouraging step forward in his recovery from those twin sprains suffered Week 2 against the Los Angeles Rams. He’s officially listed as questionable for Sunday’s game.

“There’s a fine line of letting heal and continuing to rehab,” Wentz said. “Not to get into all the specifics of that, but it’s definitely in a better place than last week and it’ll continue to heal and kind of take it day-by-day.”

The day-to-day progress Wentz and the Colts training staff have made with his ankles – at this point, it’s more an issue with his right ankle than his left – has been encouraging. What that means for just how much more mobile Wentz can be on Sunday in Miami remains to be seen, but coach Frank Reich is confident the Colts can win with Wentz regardless of how many rushing attempts he gets.

With Quenton Nelson (ankle/knee) missing a start for the first time in his career this weekend, the Colts will roll into Hard Rock Stadium with their fourth different starting offensive line combination in four games this season. Chris Reed will slide in for Nelson at left guard, where he played well in relief of the three-time All-Pro in Week 3.

While not having Nelson is a blow, Reed embodies the “next man up” mentality necessary to make it through an NFL season.

“Great pro, super strong,” center Ryan Kelly said. “I think you saw as soon as he went in there he played really well. Very physical guy and then just keeps his poise. I think that’s what you can ask for as a guy like that. Obviously he prepares every week like a starter and that just leads to success when he goes in there.”

Reed started 14 games at left guard for the Carolina Panthers in 2020 and spent plenty of practice time with the first-team offensive line during training camp while Nelson was recovering from an early August foot procedure. And there’s a certain trust factor that comes with Reed getting that experience in camp.

In addition to the O-line shuffle – right tackle Braden Smith will miss his third game with a foot/thumb injury – the Colts will be without defensive end Kwity Paye (hamstring), safety Khari Willis (ankle/groin) and cornerback Rock Ya-Sin (ankle) on Sunday. The Colts also placed cornerback T.J. Carrie on injured reserve earlier this week.

The Colts’ depth will be tested against the Dolphins, but those guys who will be called on to step up – from the D-line to safety Andrew Sendejo – all were part of a good, physical week of practice on 56th Street.

“(Wednesday) was one of the most physical practices that I’ve been a part of since we’ve been here,” Kelly said. “I think we’re headed in the right direction.”

4. One aspect of an interesting matchup with Miami’s defense.

The Dolphins’ defense features two of the NFL’s best cornerbacks in Xavien Howard and Byron Jones. Howard led the NFL with 10 interceptions in 2020 and already has one this year; Jones currently is tied for the league lead with four pass break-ups.

“Good defense – good defense, fly around, tons of man coverage, lots of pressure,” Wentz said. “For the most part, you know what you’re going to get in those areas and it’s going to just come down to execution and kind of a lot of man-on-man. Are we going to win our one-on-one battles, are we going to make enough plays? A lot of respect for them and how they’re coached and how disciplined they are. It’ll be a fun matchup.”

Winning man-to-man battles against Howard and Jones will be a challenge, certainly, but that’s not the only way to beat this Dolphins’ defense. The Dolphins enter Week 4 having allowed 19 plays of 20+ yards, second-most in the NFL only to the Jacksonville Jaguars, who played their fourth game of the season Thursday night. And 16 of those 19 explosive plays were passes. We’ll see if the Colts can generate some chunk gains through the air, even in the face of one of the league’s better cornerback duos.

5. A reunion with Jacoby Brissett.

Tua Tagovailoa’s rib injury means Jacoby Brissett will start against his former team on Sunday. The Colts have a tremendous amount of respect for Brissett, who played here from 2017-2020 and made his mark with an unmatched competitive streak no matter who he was playing against.

“We all know Jacoby, we know how he plays,” Reich said. “He’s our brother. It’ll be fun to compete against him. We have a ton of respect for Jacoby, everybody knows that.”

Brissett completed 32 of 49 passes for 215 yards against the Las Vegas Raiders in his first start with the Dolphins last weekend, but those numbers don’t tell the whole story. Again, his competitiveness shined during a late, game-tying drive that ended with him scoring a physical, short-yardage touchdown on fourth and one with two seconds left. The Colts know they’ll get that same version of Brissett on Sunday – after all, this defense had to practice against Brissett for the last four seasons.

“He’s by far one of the biggest competitors that I ever played against and I think this week – I talked to him last night for probably about 30 minutes, just catching up,” linebacker Darius Leonard said. “So, I know what he’s planning to do. I know he’s going to talk trash, just have to go out there and have fun and hopefully shut him up.”