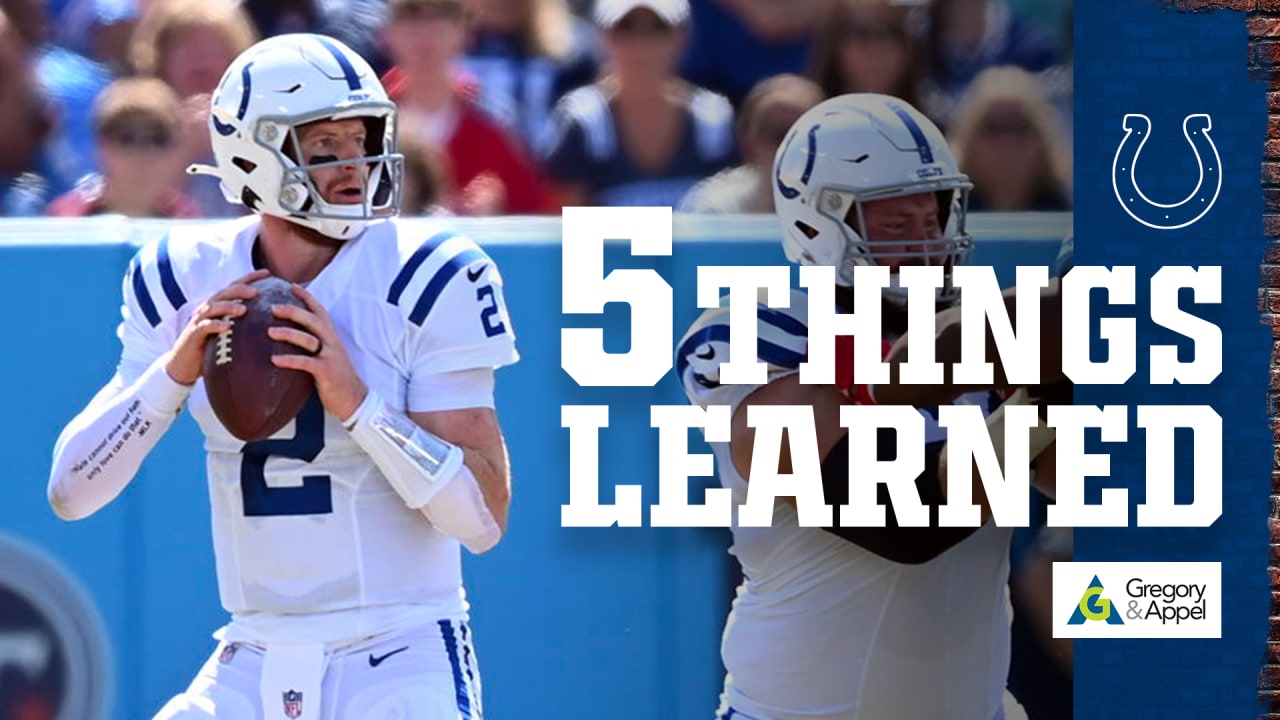 2. The Colts know they need to be better situationally.

The Colts have had eight possessions this season reach a goal-to-go set of downs, yet have only scored touchdowns three times on those drives. On Sunday, the Colts had two goal-to-go situations and did not score a touchdown on either.

This isn’t a perfect stat, since the Colts got into the end zone on Hines’ nine-yard touchdown – a play that did not come on a goal-to-go down. But leaving touchdowns on the board in those two goal-to-go spots, both of which were in the second half, left a lingering feeling of frustration with the Colts.

The Colts only converted three of 12 third down tries, too; the average distance to the sticks on those plays was 6.6 yards, and those three conversions came on the team’s only three tries on third-and-3-or-fewer. The Colts did pick up first downs on a pair of fourth-and-one tries after failing to convert on third down, so that 3/12 number is a little misleading.

“It’s situational football, taking advantage of those opportunities,” defensive tackle DeForest Buckner said. “We have to get off the field, we have to make a play on offense. The past three weeks that’s kind of been the deal.”