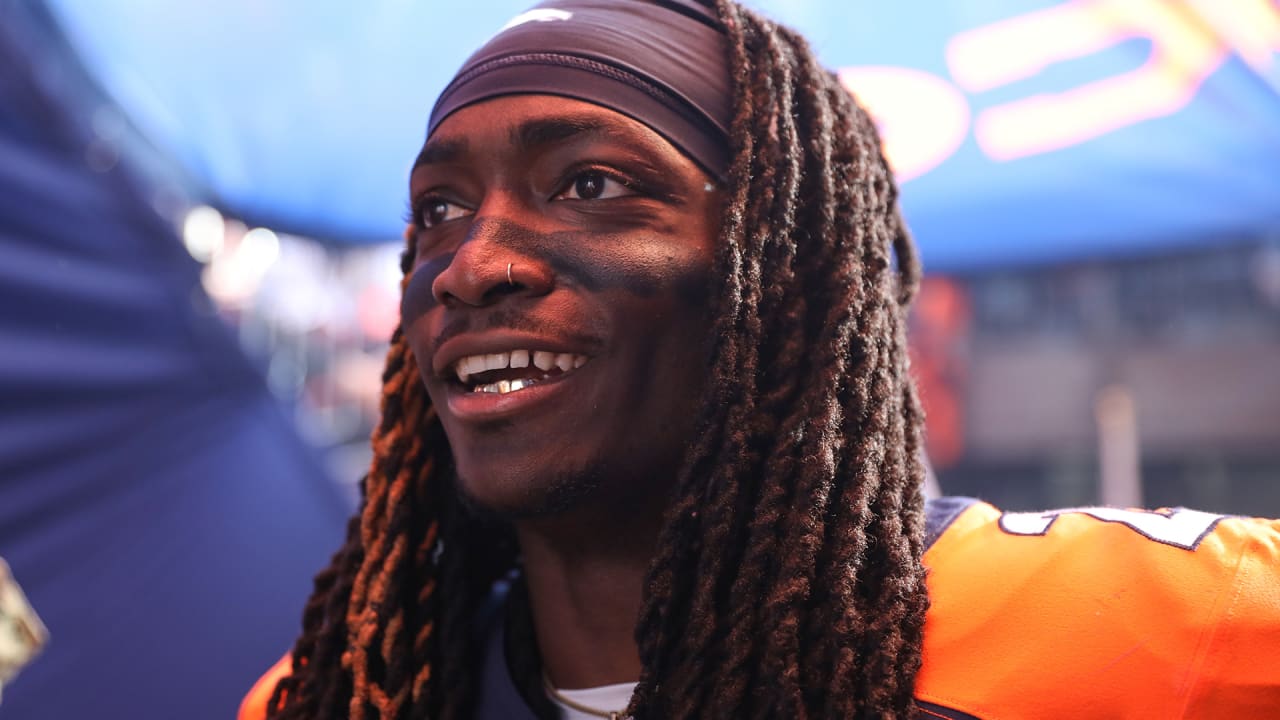 I can tell you’re very proud of where you come from, that being Wichita, Kansas. Can you tell me where that pride stems from?

“I think more so just because I know most of my opportunities came from where I’m from. The saying of ‘It takes a village to raise a kid,’ that was kind of my reality in growing up in Wichita. Everybody always pushed me and always had my back and always kind of helped me in my path. For me, my pride in my city and where I come from is more so [about] the people from my city who helped me get to where I am.”

Is it cool seeing your “Wichita Kid” shirts take off with strangers on the internet basically latching on to it?

“Yeah, it is kind of cool to me, just in terms of putting the word out there and being the face of my city in a sense and just putting a positive connotation on what people from my city come from and stand for.”

Since being a rookie, what’s the biggest thing you’ve learned about how to approach playing and being in the NFL?

When you arrived here after being picked up by the Broncos right at the start of the season, what was that like? The challenge of moving across the country at a moment’s notice at that time seems like a difficult one.

“It was definitely a process, but I’ve always had people around me who could look out for me and help me in certain ways when I couldn’t be there. So when I came here, my brother was still in Cincinnati. My entire house there, he packed it up and got all that stuff ready and shipped out here. While he was doing that, I was taking care of what I need to take care of here. I just have really good people in my corner who help me with the things outside of football to allow me to focus on what I’m here for.”

Have you been able to get around Denver and explore a little bit?

“I have, in terms of eating places. I can’t even think of the names. A bunch of them have really crazy names, but I’m huge into eating. I love food, especially brunch and breakfast. I’m a pescatarian, so I always have to search really hard for different places to eat. … I like it here a lot. I think the city’s growing really well, it has really good people here. It’s a big city with a small-town feel, and it kind of is a reflection of where I come from. As soon as I got here and interacted with people, it already kind of felt like home.”

Chris Harris Jr. has mentioned that he’s enjoyed kind of taking a mentorship role with you and loves answering your questions. What’s it like having a veteran guy who’s one of the top players in the league being willing to take you under his wing?

“You can’t ask for anything better than that, especially a young player like me in my position and him being a vet — him really just being willing to answer questions and spend extra time to do basically whatever I need, because he’s been to many Pro Bowls, he’s been an All-Pro. It would be really easy for him to, when his day is over, just go home. Or like when we’re in meetings. It would be easy for him to give me the most basic answer possible just to get the question over with. But I think he really kind of goes out of his way, and even if I don’t ask questions, he’ll look at me like, Did you see that? And if I didn’t see it or if I did see it, he’ll explain whatever it was. So I think he does a really good job of coaching me and making sure I’m in a good position.”

Tags: me my ve