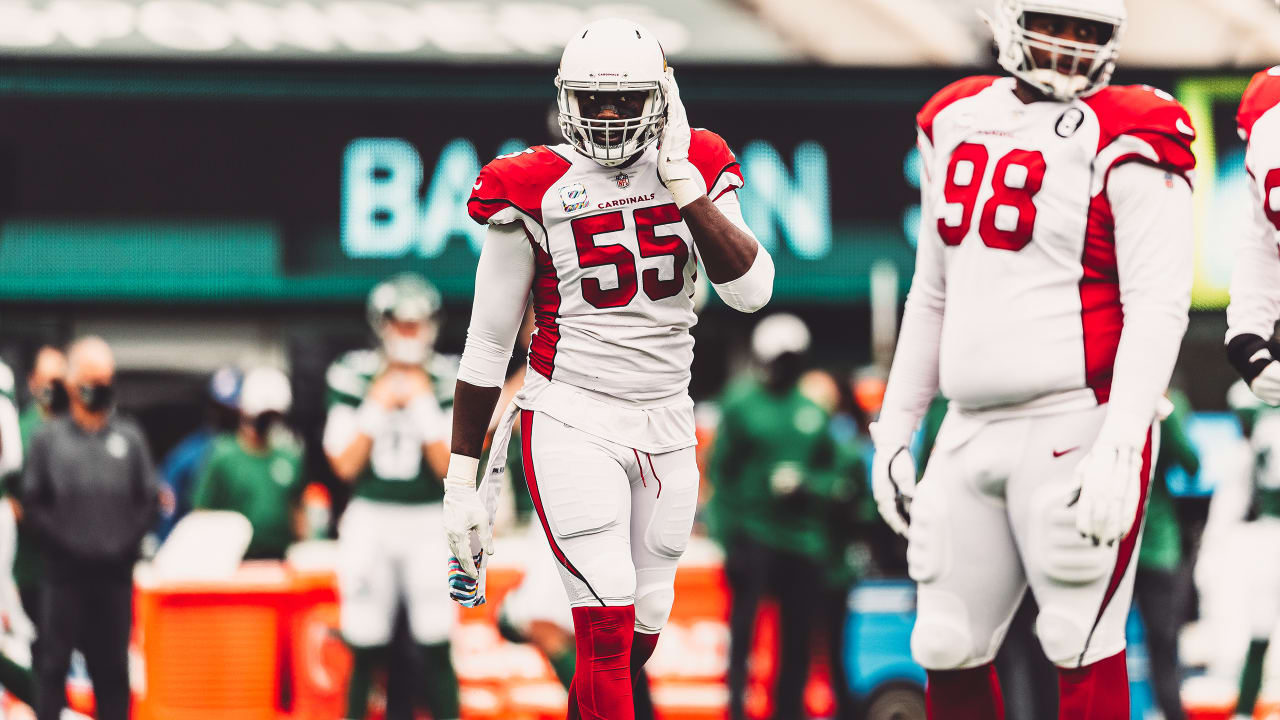 Chandler Jones﻿’ season is over.

The Cardinals’ All-Pro outside linebacker will have surgery on the biceps injury he suffered Sunday against the Jets and will be out three to four months, coach Kliff Kingsbury said.

Jones only had one sack this season but finished second in NFL Defensive Player of the Year voting in 2019 and is one of the premier pass-rushers in the NFL.

Kingsbury was holding out hope for non-surgical options earlier this week but now the Cardinals must figure out a way to make up for Jones’ large absence.

“He’s a tremendous player, as we all know,” Kingsbury said. “Great person. Great leader on this team. It’s not going to be easy, but we have some guys who have seen playing time this year who will continue to play and get more.”

Kingsbury is optimistic fellow starting outside linebacker Devon Kennard (calf) will be back soon after missing the past two games. Haason Reddick and Kylie Fitts figure to get more snaps moving forward, while Dennis Gardeck and rookie Isaiah Simmons could also be in the mix.

Several of the Cardinals’ outside linebackers are undersized, which may lead to defensive end Zach Allen or other bigger bodies playing the position in run situations.

“It will be a rotation,” Kingsbury said. “The guys we’ve seen out there, we’ll just see out there more.”

Inside linebacker De’Vondre Campbell said the Cardinals must step up in all three phases of the game to make up for the loss of such a dominant player.

“You can’t individually replace the impact of somebody like Chandler,” Campbell said. “We have to do it as a collective group.”

Jones has accumulated 61 sacks and 17 forced fumbles in 69 games since the Cardinals acquired him from the Patriots in 2016. He has made the Pro Bowl three times in his career and was named an All-Pro in 2017 and 2019.

Jones is six sacks away from holding the Cardinals’ franchise record and has 97 in his nine-year career.