COSTA MESA, Calif. — Just before the two-minute warning in the Los Angeles Chargers‘ game against the Las Vegas Raiders on Thursday, Chris Harris Jr. lined up and said he looked right into the quarterback’s eyes.

In this case, that quarterback was Raiders backup Marcus Mariota, because Derek Carr went out late in the first quarter with a groin injury. Harris looked into Mariota’s eyes and said he knew where the upcoming pass was going.

He picked that pass off. It was as good of a feeling as he could have imagined, as he returned his first interception as a Charger 51 yards. 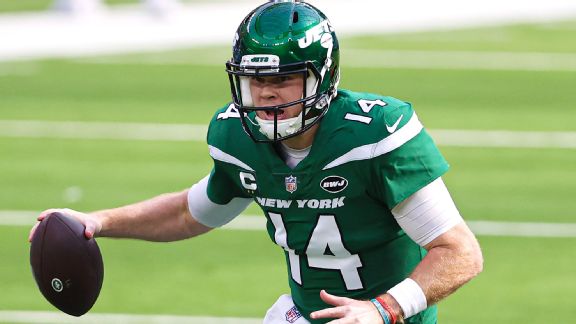 But then he was caught. By Mariota. The quarterback. At the Raiders’ 33-yard line.

“I wanted to score,” Harris said after the game. “If I had two good wheels … “

But he didn’t. He barely had one. After suffering a horrible foot injury in a Week 3 loss to the Carolina Panthers, Harris missed seven games. Even though he returned Nov. 29 and has played in four games since, he’s still fighting the pain.

That fight continues Sunday against his old team, as the Denver Broncos (5-9) come to SoFi Stadium on Sunday to face the 5-9 Chargers (4:05 p.m. ET, CBS). Harris missed the first go-around in Denver, where he played nine seasons before signing with the Chargers as a free agent this offseason, because of the injury, sitting out a 31-30 loss Nov. 1 that the Broncos won on the game’s final play.

“The injury I had was hard to be able to recover from,” Harris said. He said he had a high ankle sprain, a low ankle sprain, a broken toe and his foot was severely bruised. Imagine a grand piano being dropped on your foot and then trying to run or even stand.

In this case, that grand piano was a combination of nose tackle Linval Joseph and Panthers running back Mike Davis, who together weighed 539 pounds.

The four-time Pro Bowler and 2016 All-Pro was hurting even more than he originally anticipated. He thought he’d be out a month. But six weeks later, he was still in considerable pain.

“Most guys would have been done for the year,” Harris said. “I was motivated to try to do whatever I can to get back and help this team.”

Helping secure a second straight win — and the team’s first AFC West victory since the 2018 season — was a good start, even if it came later than hoped.

Harris was a stalwart corner in Denver before leaving and signing a two-year, $20 million contract with the Chargers. He won a Super Bowl in Denver in 2015 and went to another one two years prior to that. He’s thrilled to be back, and helping the Chargers is a priority in this strangest of seasons.

And he wasn’t worried about being ridiculed by being caught from behind by the quarterback, albeit a fast quarterback in Mariota.

“I’m out here fighting for the team,” he said simply.

Make your picks throughout the playoffs and compete for $30,000! Make Your Picks

Harris played in 139 games as a Bronco and was relatively injury-free, missing only five games in nine years in Denver (one in 2012 and four in 2018).

The Chargers missed Harris while he was out, blowing double-digit leads against the Tampa Bay Buccaneers (Week 4), New Orleans Saints (Week 5) and the Broncos (Week 8) — leads he knows he could have helped preserve. He understands his value and is eager to contribute, even if there are only two games left in the season.

Chargers coach Anthony Lynn is looking for leadership, something Harris believes he can provide, now that he’s healthy … or healthier.

“I just have to tell guys, we got tons of talent on this team,” Harris said. “It just needs to be put together.

“We just got to really figure out our identity.”

They did on Thursday in gutting out a 30-27 overtime win over the Raiders.

It felt good for Harris, even if he was on only one wheel.

Tags: harris he was