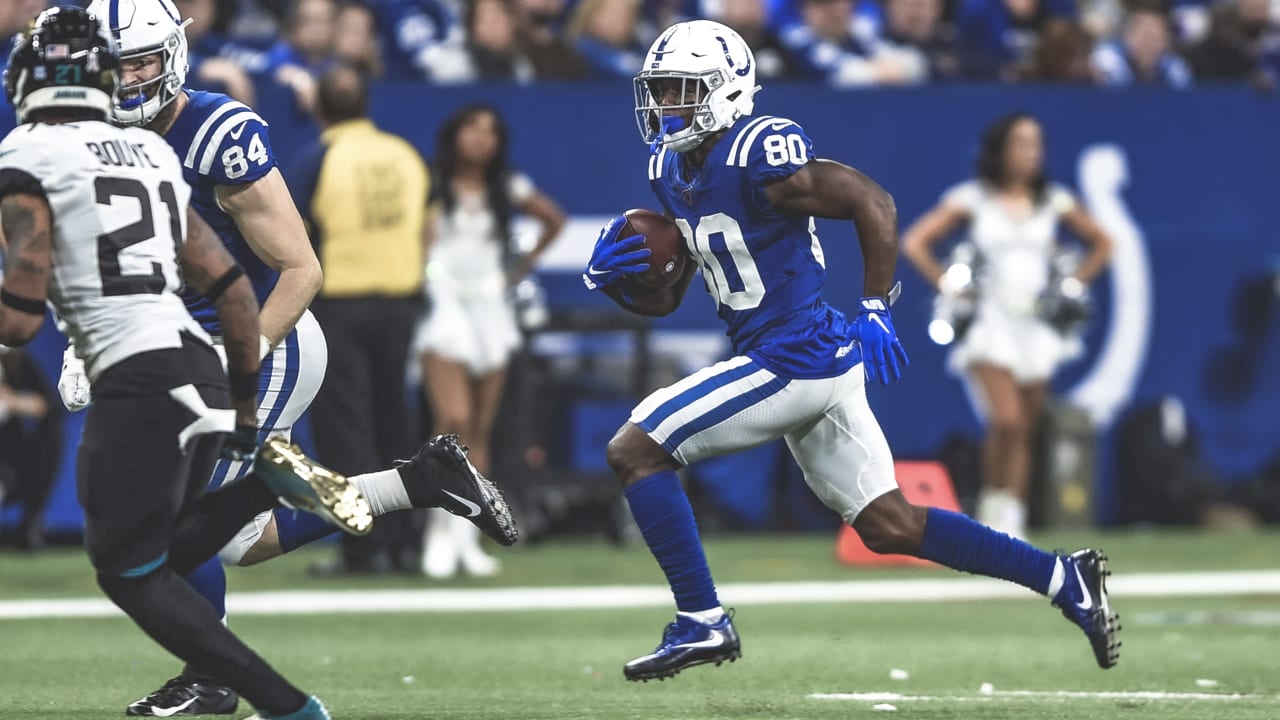 INDIANAPOLIS — The Indianapolis Colts are down another wide receiver.

“Chester is going to be put on IR, and obviously be done for the year,” Reich said today in his weekly conference call with local reporters. “Just really appreciate Chester and everything he’s done this year. He’s been great — practices hard, really a lot of what we’re all about.”

Rogers suffered his injury early in the first quarter of Sunday’s Week 13 loss to the Titans at Lucas Oil Stadium. On just the Colts’ second play from scrimmage — and Rogers’ first offensive play of the game — he went down clutching his left knee as he engaged in a block with linebacker Kamalei Correa.

Rogers, who was originally labeled as questionable to return to Sunday’s ballgame, was eventually downgraded to out.

He’s the latest Colts wide receiver to go down with a season-ending injury, a list that started with Daurice Fountain (ankle) back in training camp and continued into Week 1 of the regular season with Devin Funchess (clavicle).

Wide receivers T.Y. Hilton and Parris Campbell are also currently sidelined, and have missed multiple games throughout the season with various injury issues.

The Colts were optimistic that Funchess, who was placed on IR, would be able to return for the final few weeks of the regular season, but Reich confirmed Sunday that tests indicated the wide receiver’s surgically-repaired clavicle wouldn’t be 100 percent healed by the time the team faced its Wednesday deadline to decide whether to return him to the active roster or revert him to IR for the rest of the season.

Rogers played in 12 games with six starts this season, his fourth with the Colts. He finished with 16 receptions for 179 yards and a career-high-tying two touchdowns.

Rogers was also the Colts’ primary punt returner, and entered Sunday’s Week 13 action ranked third in the NFL in punt return average (9.8). Indy turned to running back Nyheim Hines to handle punt returner duties in Rogers’ place Sunday against the Titans, and he had two returns for 32 yards (16 avg.), including a 23-yard return late in the second quarter.