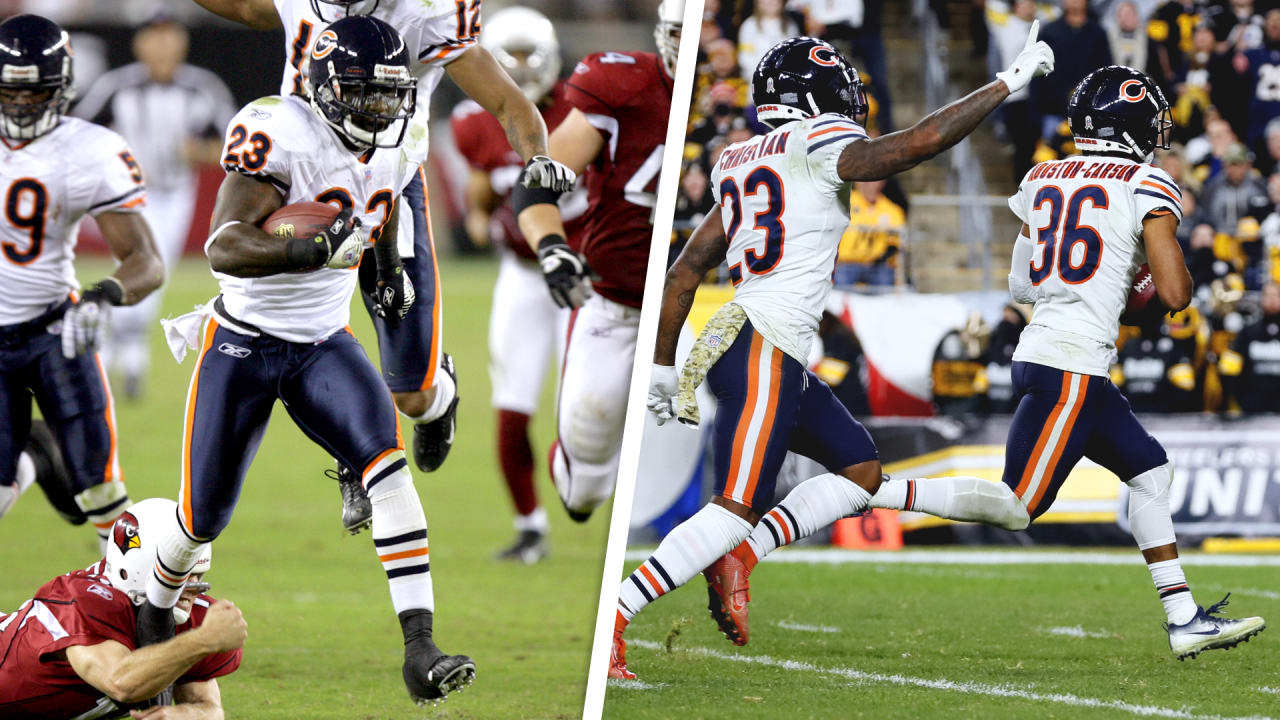 There was little chance of Steelers coach Mike Tomlin slamming the podium and angrily exclaiming “the Bears are who we thought they were” regardless of how Monday night’s game in Pittsburgh concluded.

But there were some interesting similarities between the Bears’ 29-27 loss to the Steelers earlier this week and an exhilarating 24-23 win over the Cardinals Oct. 16, 2006 in Arizona. To wit:

• Both games were played on Monday Night Football on the road.

• In both games, disappointing first half-performances by the offense put the Bears in a double-digit hole.

In the 2006 contest, the offense was atrocious in the first half, with eight drives resulting in four turnovers and four punts. The Cardinals took advantage of the miscues, grabbing a seemingly safe 20-0 halftime lead.

Monday night, the Bears closed the first half with a field goal after their first five possessions culminated in four punts and an interception and trailed 14-3.

• In both games, the Bears opened with a three-and-out, gave up a touchdown on their opponents’ first drive and eventually fell behind 14-0.

• In both games, the Bears scored three touchdowns in the second half to turn a double-digit deficit into a late one-point lead.

In 2006, the Bears trailed 23-3 late in the third quarter before generating three touchdowns that gave them a 24-23 lead with 2:58 remaining.

Monday night, the Bears were down 20-6 early in the fourth quarter before producing three TDs that put them ahead 27-26 with 1:46 to play.

• In both games, the touchdown that drew the Bears within one score came on a fumble that was forced by a linebacker and returned by a defensive back.

In 2006, Brian Urlacher ripped the ball away from Cardinals running back Edgerrin James and Charles Tillman returned it 40 yards for a TD to cut the deficit to 23-17 with 5:00 left in the fourth quarter.

Monday night, ﻿Joel Iyiegbuniwe﻿ punched the ball away from Ray-Ray McCloud on a punt return and ﻿DeAndre Houston-Carson﻿ returned it 25 yards for a TD to cut the deficit to 23-20 with 6:31 remaining in the game.

• In both games, a critical touchdown on special teams helped fuel the comeback.

• In both games, the Bears’ opponent had a chance to retake the lead with a 40-yard field goal in the final minute of regulation time.

In 2006, the Cardinals marched the length of the field before their drive stalled at the Bears’ 23 when they were stopped on third-and-short.

Monday night, the Steelers marched the length of the field before their drive stalled at the Bears’ 23 when they were stopped on third-and-short.

Of course, the biggest difference in the two games obviously was that while the Cardinals’ Neil Rackers hooked his 40-yard field goal attempt wide left with :47 to play, enabling the Bears to escape with a miraculous comeback win, the Steelers’ Chris Boswell made his 40-yarder with :26 left to deal the Bears a heartbreaking defeat.