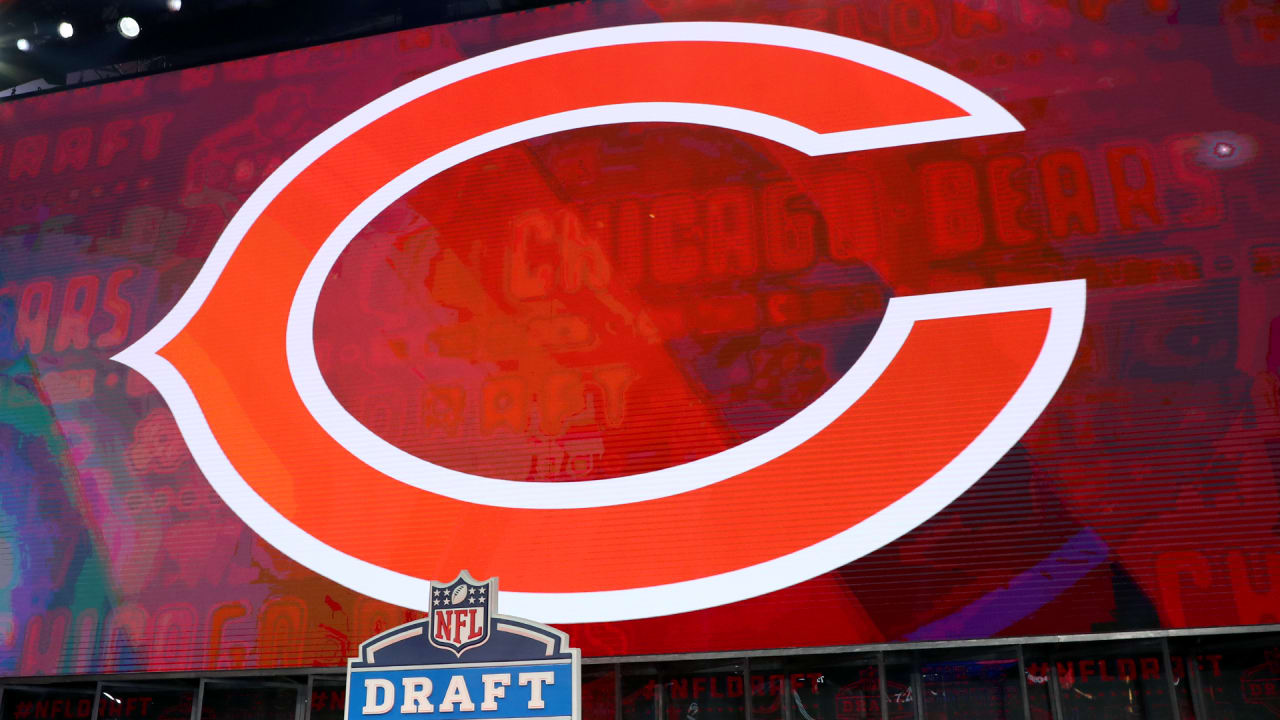 No. 48: Minnesota tackle Daniel Faalele
Comment: The Bears should consider an upside tackle to potentially help ﻿Justin Fields﻿ given ﻿Teven Jenkins﻿ and ﻿Larry Borom﻿ have proved to be shaky bookends. The Australian is an intriguing development athlete.

Todd McShay, ESPN (April 5)
No. 39: Tulsa tackle Tyler Smith
Comment: Chicago dealt its first-round pick to the Giants last April to land Justin Fields in the draft, so this is currently the team’s first selection for 2022. Protecting Fields should be high on the priority list, and Smith is the top tackle still on the board. He has franchise-tackle upside but will require time to get there.

No. 48: Trade to Falcons for No. 58 and 82 picks
Comment: The Bears have only six 2022 picks and lack a first-rounder. So if Atlanta calls and offers a third-rounder (No. 82) to move up from No. 58 to No. 48, new GM Ryan Poles will be intrigued. Chicago needs a receiver, but the Day 2 pool of pass-catchers is deep. And the Falcons, with nine picks this year, have some room to operate if they want to move up to get someone. That’s especially true if that someone is a quarterback.

No. 58: South Alabama receiver Jalen Tolbert
Comment: This is a little bit of a reach, but the Bears can’t leave Round 2 without a receiver, and Tolbert is smooth with the speed to make vertical plays and produce after the catch. His NFL route tree will take some time to develop, but he would be a high-upside pick. Remember, Allen Robinson II signed with the Rams, leaving ﻿Darnell Mooney﻿ atop the Bears’ depth chart.

Anthony Treash, Pro Football Focus (April 4)
No. 39: Tulsa tackle Tyler Smith
Comment: Arguably the most violent offensive lineman at the Group of Five level, Smith led the nation in big-time run-blocks a season ago. His grip strength and power are a sight to see — once his hands get locked into the defender’s pads, it’s game over. The Tulsa product earned a 92.1 PFF grade that ranked fourth among FBS tackles in 2021. He was even better from Week 6 on, too, as he graded out at 94.2 over the back half of the season. He may not be as developed as the Bears would like, but this would be a quality fit and promising developmental piece to their revamped offensive line, regardless of whether he fits in at guard or tackle.

No. 48: Auburn cornerback Roger McCreary
Comment: McCreary’s lack of length and underwhelming athletic testing numbers have sunk his draft stock. The Auburn corner checked in with 28 7/8-inch arms, which would be the shortest among all outside cornerbacks in the NFL right now. Whichever team takes him will likely try him in the slot — where he has played just 105 career snaps — as a result. But I think he deserves a shot on the outside where he dominated in the SEC. The good with McCreary is that he is an advanced corner prospect from a technique standpoint and has proven elite collegiate production. This past season, he was the highest-graded cornerback in the FBS and led the Power Five in pass breakups with 13. Since 2019, he is second to only Ahmad Gardner among FBS corners in coverage grade playing press. The physical traits are concerning, but McCreary has the experience, technique and mindset to succeed in the NFL.