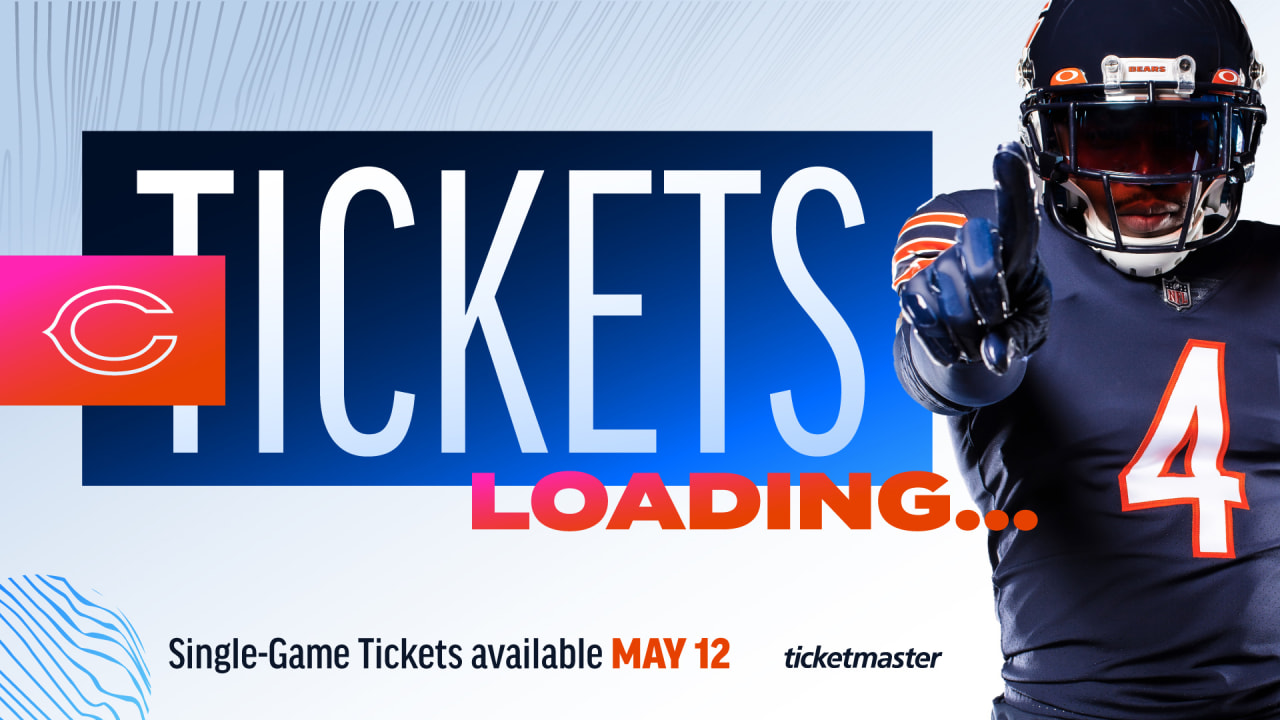 Bears preseason and regular-season single-game tickets and suites will go on sale to the general public next Thursday, May 12, at 8:30 p.m. CT, after the NFL announces its regular-season schedule.

Fans may purchase single-game tickets through Ticketmaster online via ChicagoBears.com/Tickets. Ticketmaster is once again the best destination for fans to safely purchase tickets to Bears games at Soldier Field this season. Ticket limits and prices will vary by game. Demand-based pricing will be used again this season for all single-game tickets. Payments can be made using a debit or credit card. The Chicago Bears prefer Visa.

A limited number of private, single-game suites for Bears games at Soldier Field are available. Suites accommodate groups of 10 or more in a private and controlled setting. Suite packages can include tickets, parking, a private entrance, dedicated wait staff and more. To learn more about PNC Executive Suites offerings, schedule a private meeting or request a virtual tour with our suites team, visit ChicagoBears.com/Suites, email suitesales@bears.nfl.net or call 888-792-3277 (ext. 2).

Before the public on-sale, current Season Ticket Holders and fans who have joined the Season Ticket Priority List will have an exclusive opportunity to participate in a presale from 7-8 p.m. CT.

Wheelchair seating is available for each home game through Ticketmaster at ChicagoBears.com/Tickets or over the phone at 800-877-7575. Should the wheelchair seating allocation through Ticketmaster become exhausted, fans with disabilities are encouraged to proceed with the purchase of conventional seating – if available – then call the Chicago Bears Ticket Office at 847-615-BEAR (2327) to arrange an exchange.

As a reminder, entry to Bears games and events at Soldier Field will be via mobile tickets only.

Fans can watch the Schedule Release ’22 on NFL Network Thursday, May 12, at 7 p.m. CT to get an in-depth analysis on all Bears games.