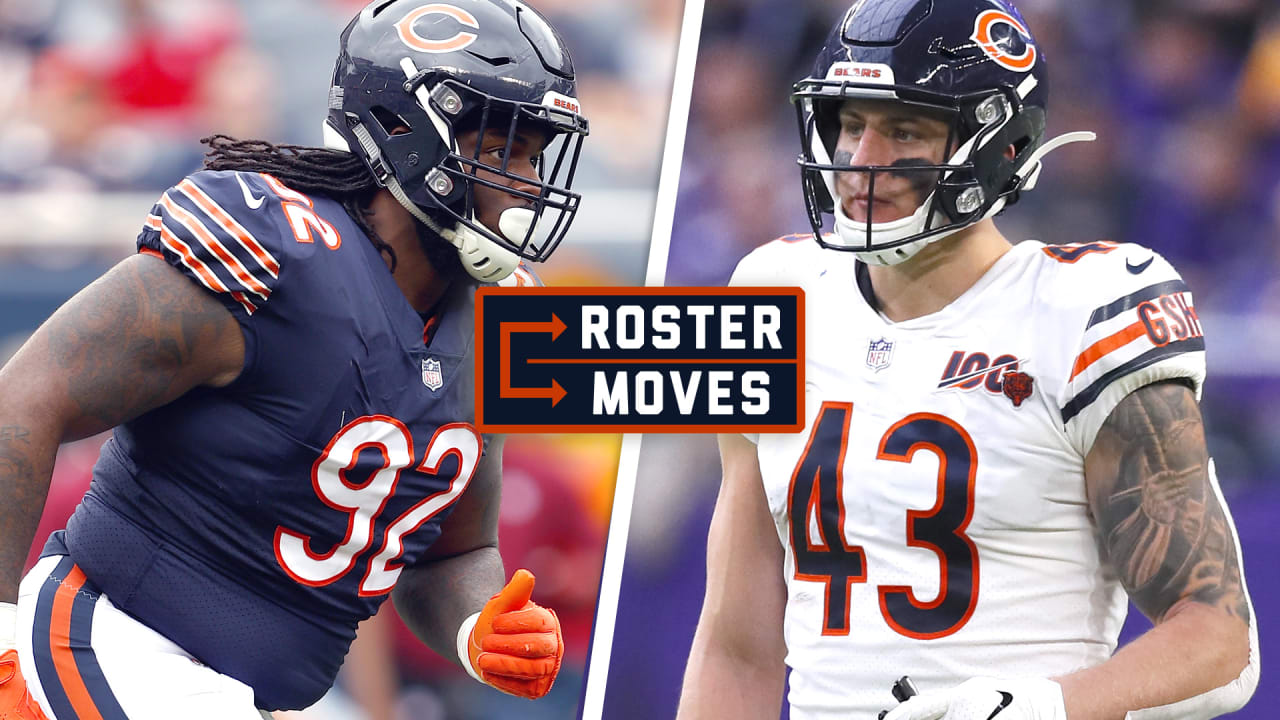 Lucas is the second Bears player to opt out of the 2020 season due to the coronavirus, joining nose tackle Eddie Goldman. Lucas was signed as a free agent in March after spending his first four NFL seasons primarily as a special-teams contributor with the Dolphins (2016-17) and Chiefs (2018-19).

Jenkins’ return was excellent news for the Bears, who are counting on the eight-year NFL veteran to help fill the void created by Goldman’s absence. Jenkins returns for a second stint with the Bears after appearing in eight games with one start for them in 2017. The 6-3, 327-pounder has also played for the Saints (2013-16), Seahawks (2016), Giants (2018) and Dolphins (2019).

Saubert was signed by the Bears off the Raiders’ practice squad last Nov. 30 and appeared in the final two games last season, both as a reserve, catching two passes for 21 yards. The Chicago area native and Hoffman Estates High School product was selected by the Falcons in the fifth round of the 2017 draft out of Drake. He appeared in 30 games with one start in two seasons with Atlanta, catching seven passes for 69 yards.

Saubert was placed on the reserve/COVID-19 list last Wednesday, while Jenkins was added last Thursday. The category was created for players who either test positive for COVID-19 or have been in close contact with an infected person.

Boyd spent the final seven weeks of last season on the Bears practice squad. The 6-4, 300-pounder entered the NFL in 2019 with the Chiefs as an undrafted free agent from Cincinnati. After failing to make Kansas City’s 53-man roster, he spent part of his rookie season on the Bengals practice squad before being waived and joining the Bears.