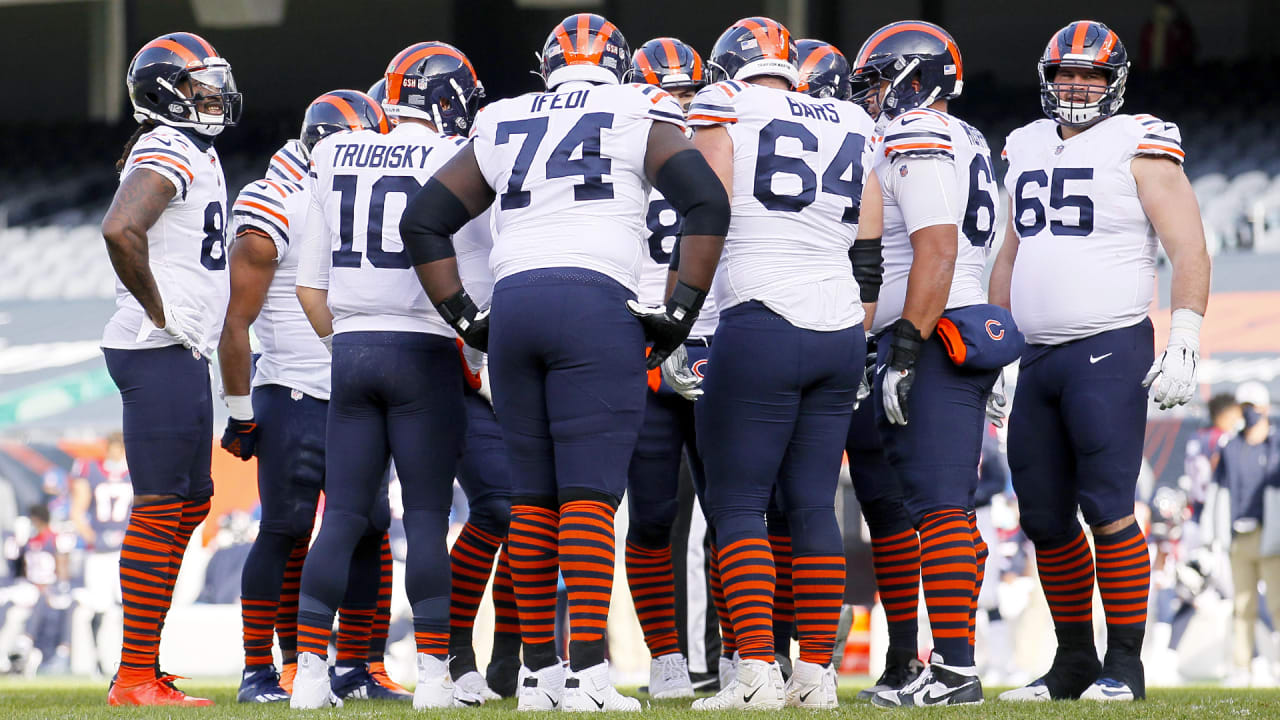 The efficiency was evident against Houston when the Bears scored touchdowns on four of six first-half possessions to take a commanding 30-7 halftime lead—and needed just one third-down play on their first three TD drives.

That confidence is being fueled by Trubisky, who had his best game of the year against the Texans, completing 24 of 33 passes for 267 yards with three touchdowns, no turnovers and a season-high 126.7 passer rating. In three games since regaining the starting job, Trubisky has connected on 67.3 percent of his passes for 776 yards with seven TDs, two interceptions and a 100.0 rating.

Trubisky opened the season as the Bears’ starter but was benched during a Week 3 game in Atlanta in favor of Nick Foles. Given a second opportunity after Foles struggled and was injured in a Week 10 loss to the Vikings, Trubisky is making the most of it.

“When we made the move to Nick, again, at that point in time, it’s really hard to accept for Mitchell,” Nagy said. “But I do believe that, for a lot of different reasons, that’s going to end up really helping him out in his career. What it’s done is enable him to take a step back and see where we’re at. And now these last three games we’re feeling an identity in this offense, and he’s a big part of that.

“You see some of the stuff that we’re doing with the nakeds and the movements, and he’s changing his arm angles, he’s making good decisions where he’s looking downfield. And if it’s not there, he’s getting the ball down to the backs and the tight ends and they’re making plays. It’s hard to defend when you do that.”

Revamping their offensive line during the bye week has also proved beneficial for the Bears. They inserted a pair of promising young Notre Dame products into the starting lineup in Sam Mustipher at center and Alex Bars at left guard, and shifted veterans Cody Whitehair from center to left guard and Germain Ifedi from right guard to right tackle. The only starter who remained in the same position was left tackle Charles Leno Jr.

“That consistency when you have an offensive line and you don’t have guys hurt, you don’t have dominoes on that front line, right now we’re seeing that,” Nagy said. “That’s a part of the identity that we’ve been talking about, is you have guys that communicate.

“You have a guy like Sam Mustipher that comes in and has an opportunity to make plays and he’s done that, He’s a great leader. Alex Bars, to come on in and fill these roles. Germain Ifedi, to kick out to tackle and do a heck of a job. For Cody Whitehair to be selfless and go back to left guard. For Leno to stay consistent all year long and help us with that experience.”

Another key factor in the offense’s resurgence has been the play of running back David Montgomery, who returned following the bye week after missing one game with a concussion. In the last three contests, the second-year pro has rushed for 288 yards and three touchdowns on 39 carries, a 7.38-yard average that is tops in the NFL during that stretch. He has also caught 12 passes for 121 yards and one TD.

Montgomery provided a huge spark and set the tone against the Texans when he raced 80 yards for a touchdown on the Bears’ first play from scrimmage.

“It’s huge,” Nagy said. “Anytime you score an 80-yard touchdown on the first play of the game and you get seven points and your line blocks, your quarterback makes the right decision, your wide receivers block and then your running back finishes, you get a 7-0 lead, it’s a pretty cool deal.”

Tags: he re three