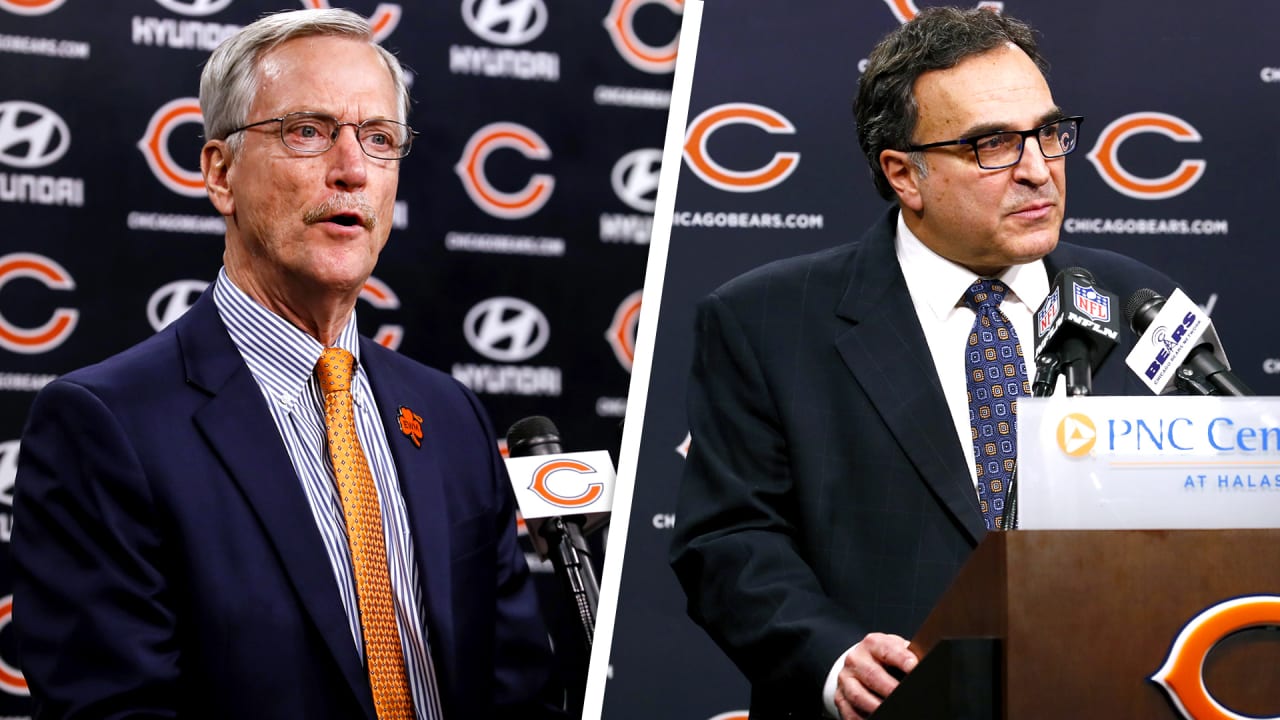 McCaskey closed his opening statement with a message to Bears fans, saying: “We understand your frustration. We’re frustrated, too. And it would be a perfectly natural reaction to say, ‘Back up the truck, major overhaul,’ whatever you want to call it. After one particularly dispiriting loss this season, a season-ticket holder sent me an email that read: ‘Fire somebody. We deserve better.’ I get it. You deserve your Bears being winners. The decisions we’re announcing today might not be the easiest or most popular, but we believe they’re the best decisions for the Bears.”

Phillips followed, acknowledging the roller-coaster nature of a season—played during a pandemic—in which the Bears started 5-1, lost six straight, won three in a row to remain in playoff contention and then lost decisively to the Packers in the regular-season finale and the Saints on Super Wild Card Weekend.

“Let me start by saying that 2020 was a unique season that tested every aspect of our team,” Phillips said. “The pandemic challenged us, and I’m proud of how we faced adversity, adapted and moved forward. Both Ryan and Matt were instrumental in holding the team together.

“We’re not happy and we’re far from satisfied. Making the playoffs is a step in the right direction, but it’s not enough. We need to win in the playoffs and we need to compete for and win a championship. We know we need to get better. We believe that Ryan and Matt are excellent leaders. They have each had successes and failures. But the path to winning is rarely linear and we feel that the strong ability of Ryan and Matt to work to together to build a shared vision of success is the fastest way towards building a consistently winning organization.

“The popular opinion is to make a change because we’ve hit adversity. I get it, but holding people accountable is more much than just starting over. Other teams looking for new football leadership, they point to the ability to overcome adversity, the need to adapt to challenges, the need to have a collaborative working environment between the head coach and the general manager. We have that strong foundation in place.

“Not all the decisions may be the right ones. But when you can collaborate and trust each other and you have the ability to challenge each other and come out united, you stand a better chance to make more right decisions than wrong ones. Those are the strong leadership skills that both Ryan and Matt possess. There’s plenty of improvement that needs to be made, but Ryan and Matt have the ability—and it’s not easy—to self-reflect, to understand where we’ve fallen short and where we can make improvements. To me, that is being accountable.

“We trust Ryan and Matt to use their experiences together—the good ones, the bad ones—learn from them and to bring a consistently winning team back to Chicago. Everyone in this building is fixated on being a championship organization and to field a team that our fans can be proud of. Everyone has an opinion on how to get there, and that’s OK. We know that we all ultimately want the same thing: a winner, and we have exactly the right football culture that all teams strive for. So we’re going to recognize our failures, we’re going to build on our successes, and we trust Ryan and Matt to be solution-oriented and to continue to work through all those challenges together and get us on the right path towards being a winning Chicago Bears team.”