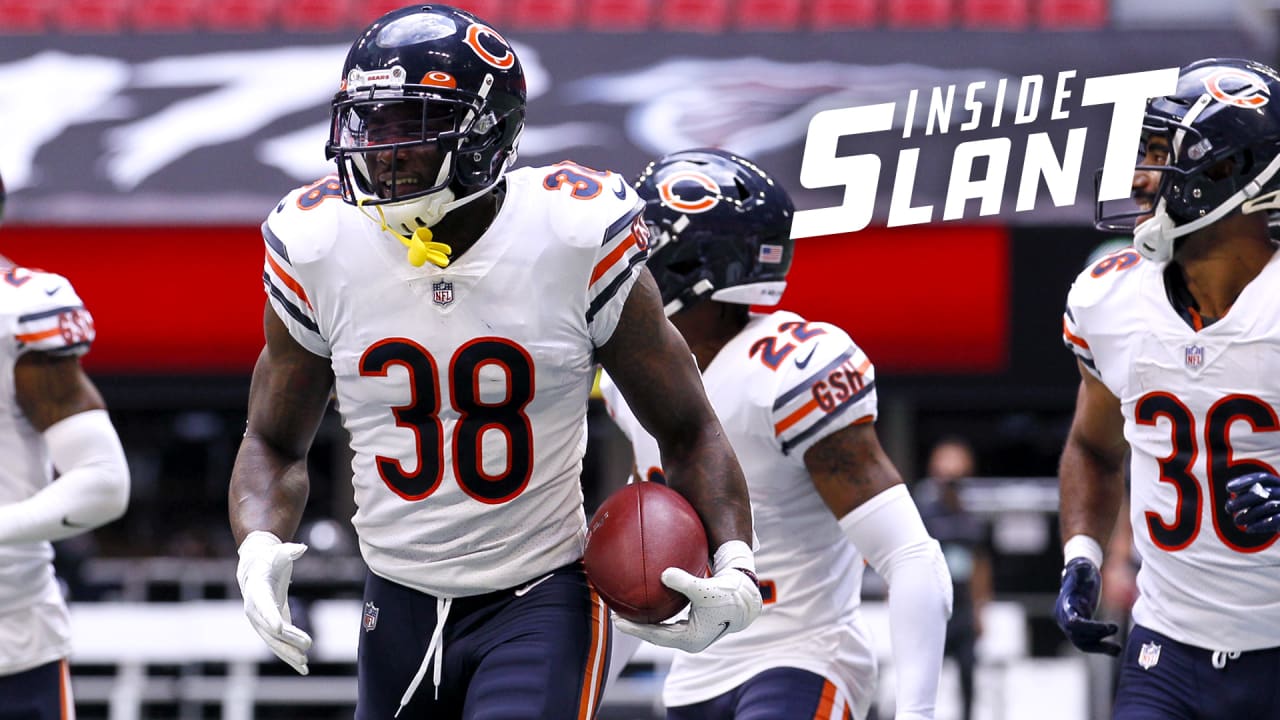 “Nobody likes to have these comebacks,” said Gipson, “but they feel good, and a win is a win. We just knew that as long as there was time on the clock, we’ve been in these situations week in and week out. We’re a resilient bunch, man.”

The defense began sowing the seeds of a comeback in the moments after Falcons cornerback Bidi Wreh-Wilson intercepted Trubisky, giving the Falcons the ball at the Bears’ 19-yard line.

Already trailing 23-10, the situation was so dire that a quarterback change was happening on the sideline, and yet the defense held Atlanta to a field goal, which would be the Falcons’ last score of the day.

The defense put enough pressure on Ryan to hold the former MVP to a 40 percent completion rate in the second half. Perhaps no single player was more disruptive than defensive tackle Akiem Hicks, who finished the game with 1.5 sacks. Both hits on Ryan came on third down.

The first, shared with linebacker Khalil Mack, forced the Falcons to settle for a 28-yard field goal. The second forced Falcons kicker Younghoe Koo to attempt a 48-yard field goal early in the fourth quarter, which he missed.

“Defensively, you always want to intimidate and impose your will upon your opponent,” said Hicks. “You want them to see you as this figure, this dominating figure that they have to overcome. And so it definitely plays a role in making sure that you’re imposing your will throughout the course of the game. That’s how you’ve got to finish it, man. You’ve got to finish it.”

Hicks has recorded a sack in all three games this season and leads the team with 3.5 total. Still, Hicks chalked his success up to a team effort.

“For a defensive line, there are so many scenarios where you have to work together,” said Hicks. “You have to work as a unit just as the offensive line is attempting to. On occasion when you’re getting a huge slide to your side, you got to be able to say, ‘Hey, I’ve gotta ask my teammate to cover me in here or I’m going to give him freedom so he can come around and do what he does.’ And I think collectively as a front seven, we played really well together today.”

The Bears’ early woes mostly centered around giving up big plays. A 63-yard completion from Ryan to Calvin Ridley set up the Falcons’ first touchdown, while the second came from a 35-yard run by running back Brian Hill.

Once the Bears avoided those costly mistakes, they began grinding the Falcons’ offense to a halt.

“As a unit, we kind of felt we may bend,” said Gipson, “but we can’t break. The thing that we kept preaching on defense is that we can’t control how the game is going, but we can control how we go out there and play, and our effort.”

While the goal may have been to bend but not break, the defense didn’t do much bending either. Starting with 10 minutes left in the third quarter, the Falcons managed only 95 yards of offense the rest of the game. In the Falcons’ final seven drives, four were three-and-outs, and one ended on a turnover. The Bears’ ability to get the ball back quickly allowed the offense to overcome two separate touchdowns reversed by review.

As the offense began to take advantage of their opportunities, momentum shifted in the Bears’ direction, and the defense fed off the excitement the offense was creating.

“That most definitely plays a role,” said Hicks. “Having your offense go out there and push the ball down the field maybe give us a chance to catch our wind before we go out and compete again. All those things play a role when it comes to momentum in the game: making sure that you have a proper energy, start pushing things in your direction. It all benefits us.”

The Falcons gave the Bears a gift by continuing to call passing plays. After the Bears scored their first touchdown in the fourth quarter with 6:20 left in the game, the Falcons only ran the ball once while attempting nine passes, the first five of which fell incomplete.

If the Falcons could have avoided stopping the clock, even if every carry went for no gain, it’s likely the Bears would have run out of time. Instead, the Falcons only took up a total of 1:22 over two drives.

“For them to come out there and do that,” said Gipson, “obviously I’m not their sideline. I can’t judge their coaching. I’m just happy we got the win, but it was a bit shocking as a defensive player, the method in which they came out to do that. It just was huge. It proved to be a turning point.”

Gipson came down with the game-clinching interception, his first as a member of the Bears organization. Still, the emotion of his first three weeks in Chicago has left him hoping for a few less dramatic games.

“The emotion on the team is a rollercoaster,” said Gipson. “This one was a little more extreme than Week 1. When I signed up here, I didn’t know that I was going to be aging. I’m getting some gray hairs.”