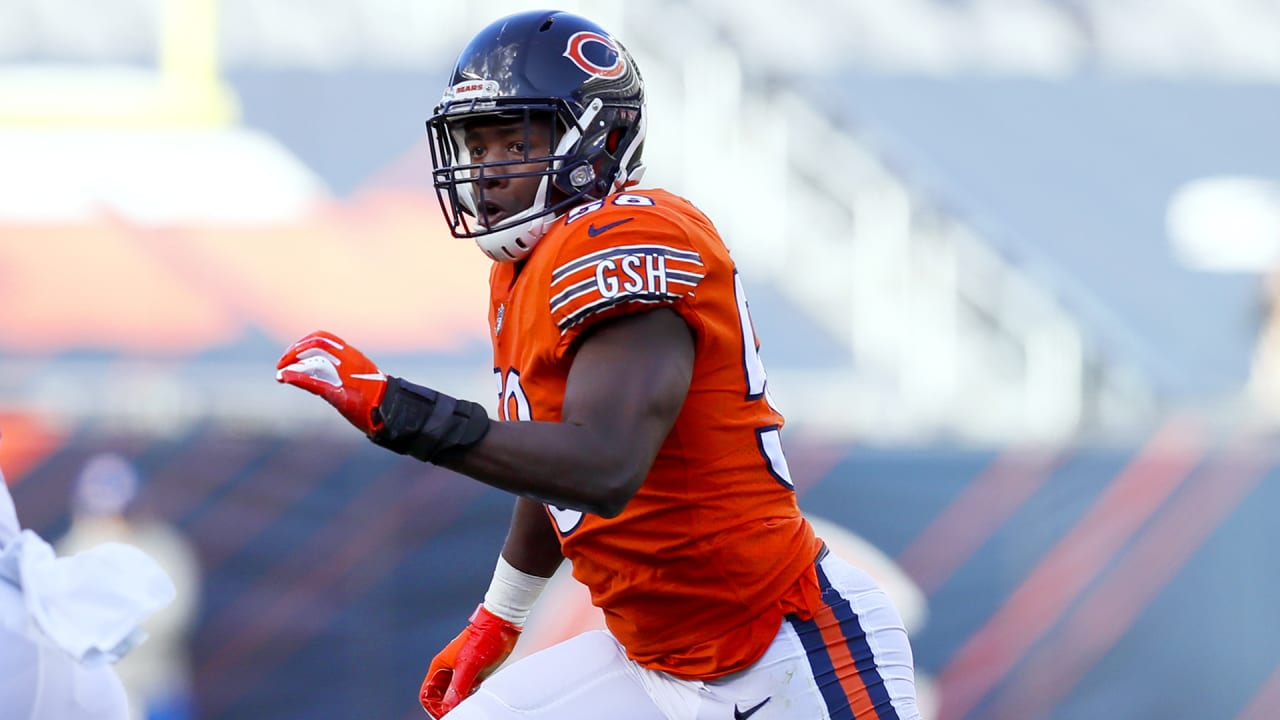 The Bears have exercised the fifth-year option on inside linebacker ﻿Roquan Smith﻿, keeping him under contract through the 2022 season.

Selected by the Bears with the eighth pick in the first round of the 2018 draft out of Georgia, Smith has led the team in tackles in each of his first three seasons.

In 2020, Smith was named second-team All-Pro after establishing career highs with 139 tackles, 18.5 tackles-for-loss, two interceptions and seven pass breakups while also compiling 4.0 sacks, one forced fumble and one recovery. His 18 TFLs tied for second in the NFL.

Smith became the first Bears player to produce at least 100 tackles in three straight seasons since linebacker Lance Briggs did so for six consecutive years from 2004-09. Smith also was the only NFL player in 2020 to register at least 100 tackles, 10 tackles-for-loss, two sacks and two interceptions.

The prestigious awards are presented to one player on all 32 NFL teams who best exemplifies a commitment to sportsmanship and courage and serves as an inspiration in the locker room. The award recipients, who are voted for by their teammates, symbolize professionalism, great strength and dedication, and they are considered community role models.