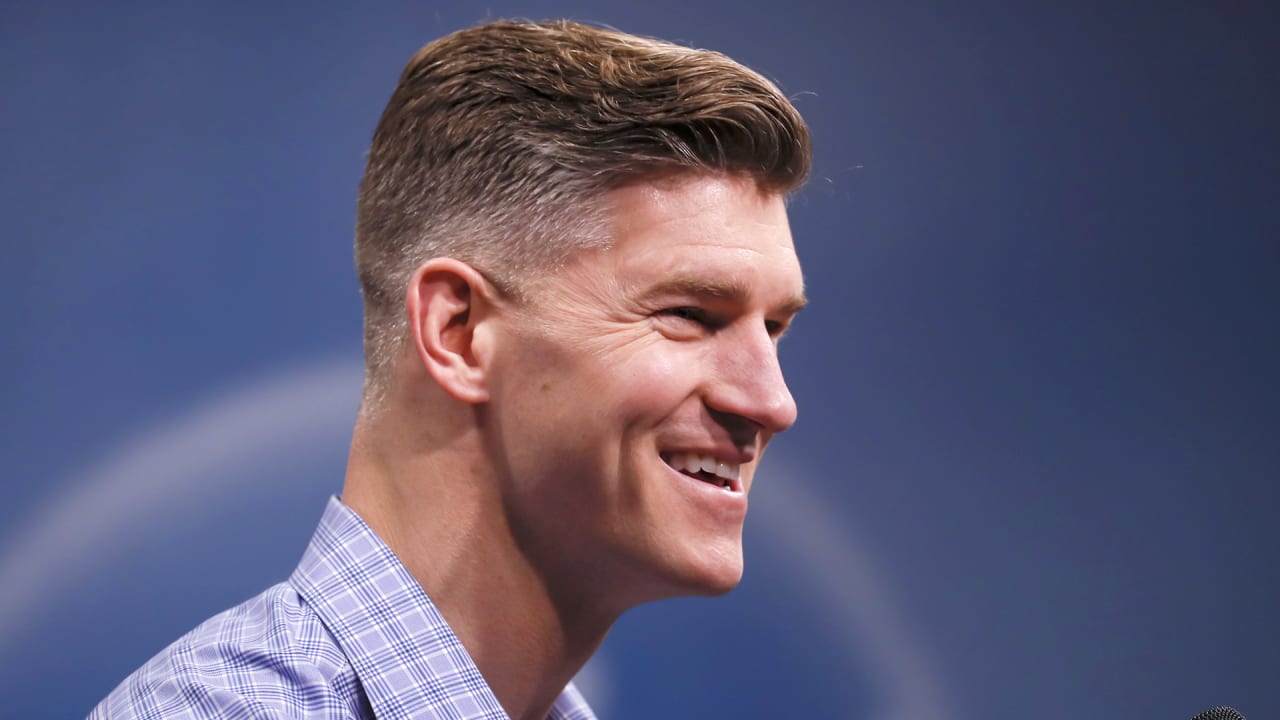 During a typical offseason, Bears general manager Ryan Pace would be watching how the players he acquired in free agency and the draft were meshing with their new teammates in OTA workouts at Halas Hall.

“This time of year it’s always exciting because it’s kind of like opening your presents,” Pace told Pro Football Talk’s Mike Florio during a video interview Friday. “You’re getting to see these players perform on the practice field.”

Not yet able to return to Halas Hall, the Bears have been conducting their offseason program solely on a virtual basis—with players and coaches communicating remotely via video conference from their respective homes.

“It’s a big-time challenge, and I think that’s where our coaches and our players have stepped up,” Pace said. “Our attendance has been 100 percent. Everybody’s been engaged and locked in.

“For the young players, it’s hard because nothing substitutes being on the field. But those guys are locked in. They’re doing the best they can with the cards they’re dealt, and I think our coaches are being creative, too, because it’s hard to stay engaged in these virtual meetings all the time.”

Coach Matt Nagy has helped foster that engagement by conducting video sessions he calls “coffee shops” in which players and coaches discuss life outside football. Nagy has also had almost 20 prominent guest speakers address the team.

“What’s been interesting to me, without naming specific names, is the common denominators amongst a lot of these guys,” Pace said. “You’re talking about Hall of Famers from all different sports, and it usually comes down to their passion and love for the game.

“There’s a borderline obsession, almost a maniacal approach to how obsessed they all were with being great. The passion for the game, their football IQ on all these guys has been off the charts. It’s just so good for our young guys and our veterans to hear that from all these guys, guys that have been in their shoes and what they did to become great players and the sacrifices they made. It’s good for all of us to hear. It’s been inspiring along the way.”

Pace said the Bears are driven to rebound from their disappointing 2019 season and revert to the form they displayed in 2018 when they won the NFC North in Nagy’s first year as coach.

“Going into the ’19 season, the excitement was off the charts because of what we did the previous year, 12-4, winning the division,” Pace said. “So you go through last year and it just eats at you and we all have a bad taste in our mouth; 8-8 definitely isn’t good enough. We didn’t fulfill our expectations.

“So now it’s about everybody don’t be defensive, everybody drop their egos, we’re all humbled. What can we do better to get this thing back on the track that it was on in ’18? And I think we’ve done a lot of things this offseason to get that going because last year was unacceptable.”

Pace told Florio that he senses how determined the players are to bounce back and wishes he could see how that translates on the practice field.

“The one hard part about not all being together right now is I think our team is in a good state of mind,” Pace said. “I think everybody’s a little bit pissed off, everybody has a chip on their shoulder and I would love to be carrying that momentum through the OTAs and through the minicamps.

“Unfortunately, we don’t have that and we’re going to have to pick that up in training camp when that starts because I do feel like our team is in the right mindset right now.”

Pace was asked when the Bears would like to determine a winner in the competition for the starting quarterback position between Mitchell Trubisky and Nick Foles.

“We haven’t said, ‘This is going to be the timetable.’ We’ve just said it’s going to be a daily evaluation for us,” Pace said. “Obviously there’s a little bit of an acceleration to it. Matt and I have already talked about playing our players more in the preseason this year. We hadn’t done that as much the past two years. That’s going to be important to get the starters out there.

“I know quarterback is the focus, but there are other [position battles] as well. So playing our starters in the preseason, it’s going to be important to see that. We’re hopeful that we can have combined practices with the Denver Broncos. I don’t know if that’s going to happen. We have our fingers crossed on that. But all those moments are going to be valuable for us to really evaluate that [quarterback] competition along with a handful of other ones.”

Pace also shared his thoughts on a couple of league matters, including the rule proposal that would allow teams to replace an onside kick with an untimed fourth-and-15 play from their own 25-yard line.

Pace said he wasn’t surprised last week when NFL owners tabled the proposal for further discussion, saying: “You could tell just the feeling around the league that was that everybody was split on this one. Everybody was having a hard time with it.”

Pace revealed that he’s in favor of the new rule.

“I’m typically normally kind of a traditionalist when it comes to these things, but with this one it’s intriguing,” he said. “I like the excitement of it. I think we’ve always got to be looking at ways to develop our game and enhance our game. So this is one of those ones that I think when you first hear it, being a little bit more traditional, [you think], ‘I don’t know.’ But the more you dug into it, it’s very interesting, it’s exciting and it’s something that I think we’d be interested in seeing go through. But I understand why it got tabled. I know there will be a lot more discussion on it as we go forward.”

Pace is also in favor of the NFL adding a “sky judge” to officiating crews who would have access to a video monitor in a stadium box and could overturn incorrect calls made by on-field officials.

“[Former NFL referee and current ESPN rules analyst] John Parry said this recently: ‘We don’t have a safety net to change a game-changing egregious missed call and I think at some point in some facet we’re going to have to protect ourselves from that,'” Pace said. “We saw it firsthand with the Saints and the Rams [in the 2018 NFC Championship Game] and I think at some point we’re just going to need a way to fix a game-changing egregious mistake.

“I know that’s another one of those things that’s kind of been tabled a little bit, and to be honest I think right now a lot of our focus is on understandably getting our players and staff back in the facilities … Eventually, I’m in favor of that. I think it’s inevitable in some facet something like that will happen.”

Tags: been Players their