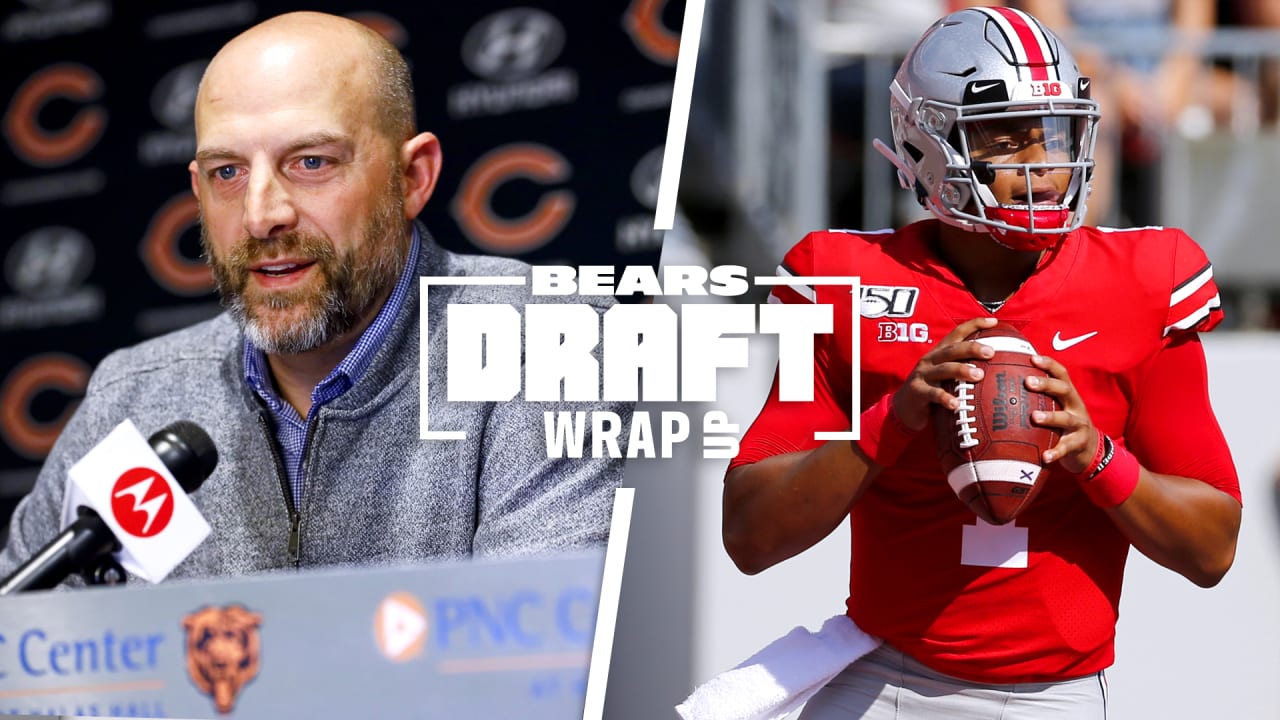 “We can all see that he’s a complete quarterback that has a ton of intangibles,” Nagy said on a Zoom call with reporters Saturday night. “He’s a threat every time the football is in his hands as a passer and a runner, but yet he makes really good decisions.”

In each of his two seasons at Ohio State, Fields led the Buckeyes to Big Ten championships and undefeated regular seasons while being named Big Ten offensive player of the year and first-team all-conference. In 22 starts, Fields completed 68.4 percent of his passes for 5,373 yards with 63 touchdowns and nine interceptions while also rushing for 867 yards and 15 TDs on 218 carries.

In 2019, he passed for 299 yards and three touchdowns in a 34-21 win over Wisconsin in the Big Ten championship game. In 2020, Fields threw for 385 yards and six TDs in a 49-28 win over Clemson in a College Football Playoff semifinal, playing through a painful injury he suffered via a crushing hit to his midsection.

“He’s played in big-time moments,” Nagy said. “He’s one of the toughest quarterbacks. I’ve been around a lot of tough quarterbacks, but he’s definitely up there in regards to his experience at the college level, and I think he hangs his hat on that. And as we all grow with him, I think we’re going to sense that he really has a little bit of that ‘it’ factor to him, too, which is neat.”

The Bears are confident that Fields will enter an excellent environment to succeed, having the ability to work with and learn from veteran quarterbacks Andy Dalton and Nick Foles as well as Nagy, offensive coordinator Bill Lazor and quarterbacks coach John DeFilippo.

“I think it’s going to be exciting for him to just come in here and learn how to be a professional quarterback,” Nagy said. “It’s not going to happen overnight. He’s going to be able to learn from great coaches and from great players that are going to be in the same room as him.

“And he knows that. He’s super mature, he’s very focused, but he’s competitive as hell. Sometimes that pushes people. I think it certainly pushes him, but he does it in a respectful way and he’s had a lot of success doing it.”

Tags: he his nagy