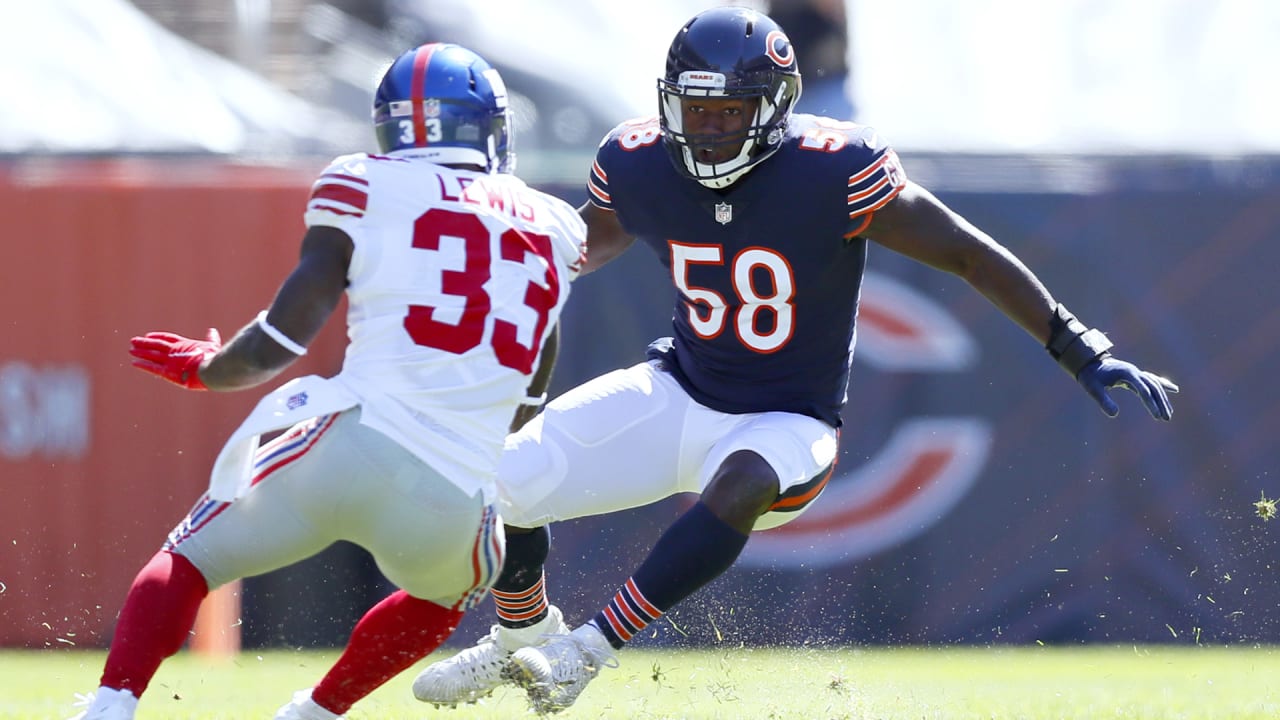 “The Bucs’ Devin White was also considered for this spot,” Shook wrote, “but Smith wins out because he was more effective in coverage … Smith set career-high marks in tackles and tackles for loss in 2020, joining White as the only two players with 125 or more tackles and four or more sacks last season. The difference between the two players is in Smith’s larger body of work and his stellar coverage numbers, which landed among the league’s best.”

Smith appears driven to pick up this season where he left off last year. He was one of the Bears’ most impressive players throughout offseason workouts.

“It’s about actions and not words with Roquan,” coach Matt Nagy said during last week’s mandatory minicamp. “He is practicing and showing up in meetings right now like he’s a rookie. It’s special, it really is, and it’s not talk, it’s real. He’s out there, everything’s 100 miles per hour. He wants to learn. He’s willing to be a sponge. He doesn’t think he knows everything. He’s extremely motivated internally.”

Selected by the Bears with the eighth pick in the first round of the 2018 draft out of Georgia, Smith made an immediate impact. He led the Bears with 121 tackles in 2018, three shy of Urlacher’s franchise rookie record set in 2000.

Smith also registered five sacks, eight tackles-for-loss, one interception and five pass breakups while playing in all 16 games with 15 starts. He added a second interception in the Bears’ wild-card playoff loss to the Eagles and was named a Pro Bowl alternate.

Smith continued to shine in 2019 but sustained a season-ending pectoral injury in a Week 14 win over the Cowboys. Despite missing the final three games, he still led the Bears with 100 tackles.