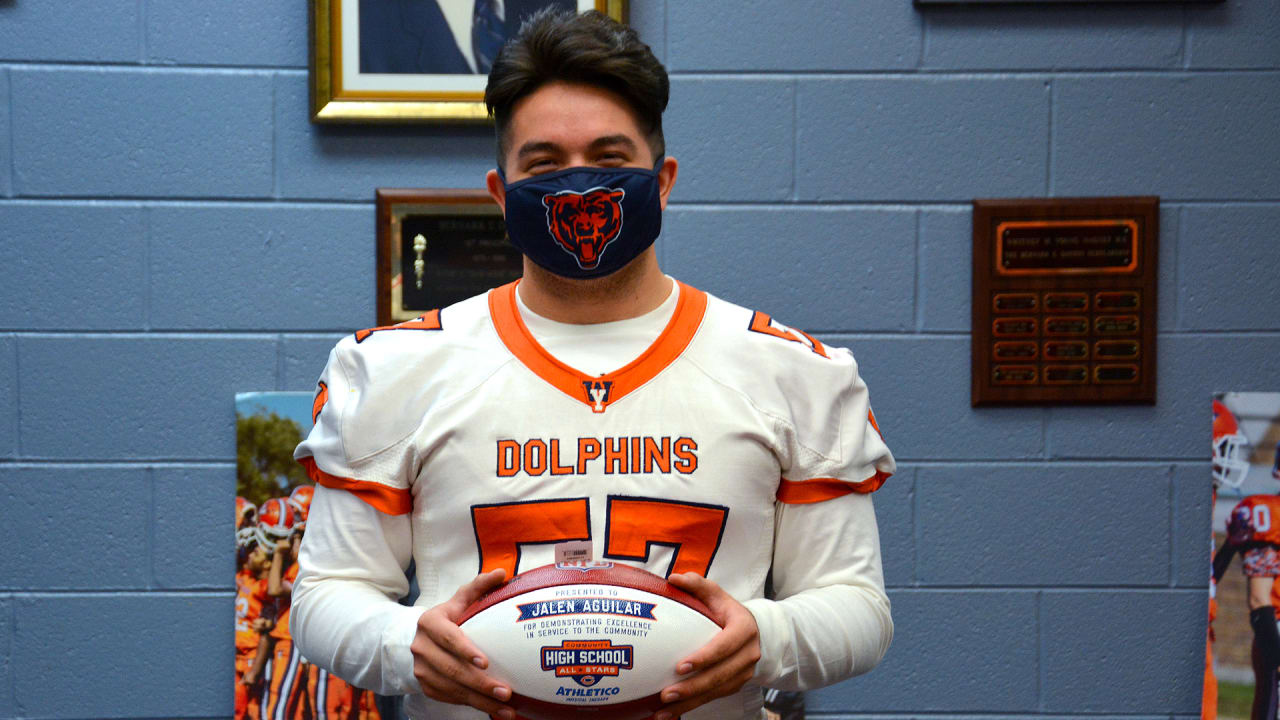 The winners of the Bears Community High School All-Star awards celebrated the imminent start to their football season with a Zoom chat with Bears legend Mike Singletary.

The Bears have honored high school football players in Illinois before, but as with so many other things, this year was different. With a fall devoid of Friday night football, the 2020 All-Stars were selected due to their singular focus on helping their communities.

“To be able to make a difference and make an impact,” said Singletary, “when there’s so many other things going on this year in this pandemic, is absolutely exemplary. It’s absolutely amazing that young people can have the vision, discipline and awareness to be able to think about others in a time when everybody is just kind of scrambling to stay afloat.”

Jalen Aguilar, who plays offensive line for Whitney Young High School in Chicago, received the award for his work tutoring Spanish-speaking immigrants for their citizenship exams.

Aguilar plans on playing football at the Division III level, but his plans were put on hold after his senior season was postponed indefinitely. During the time that would have usually been the football season, Aguilar and his teammates kept up a correspondence in preparation for a potential spring schedule.

“We’ve done our best to try to have 7-on-7s with each other,” said Aguilar. “Just keep our morale up, keep our stamina up. Our coaches are always supportive of us.”

The IHSA recently announced that there would be football season in the spring. For Aguilar and his fellow All-Stars, that meant their hard work during the last year will have paid off.

“I’m so excited,” said Aguilar. “I’m just so ready to get my senior year going on. All the little work that I’ve been trying to put in over quarantine—it’s going to be the biggest year of my football career.”

Singletary urged the players to continue the community work for which they were honored.

“The older I get,” said Singletary, “the more I realize that if I really want to make a difference in this world, I need to look at who I can help, where I can make a difference. Take the focus off of me and onto the world around me. That’s really where it’s at.”

The following players were honored by the Bears: