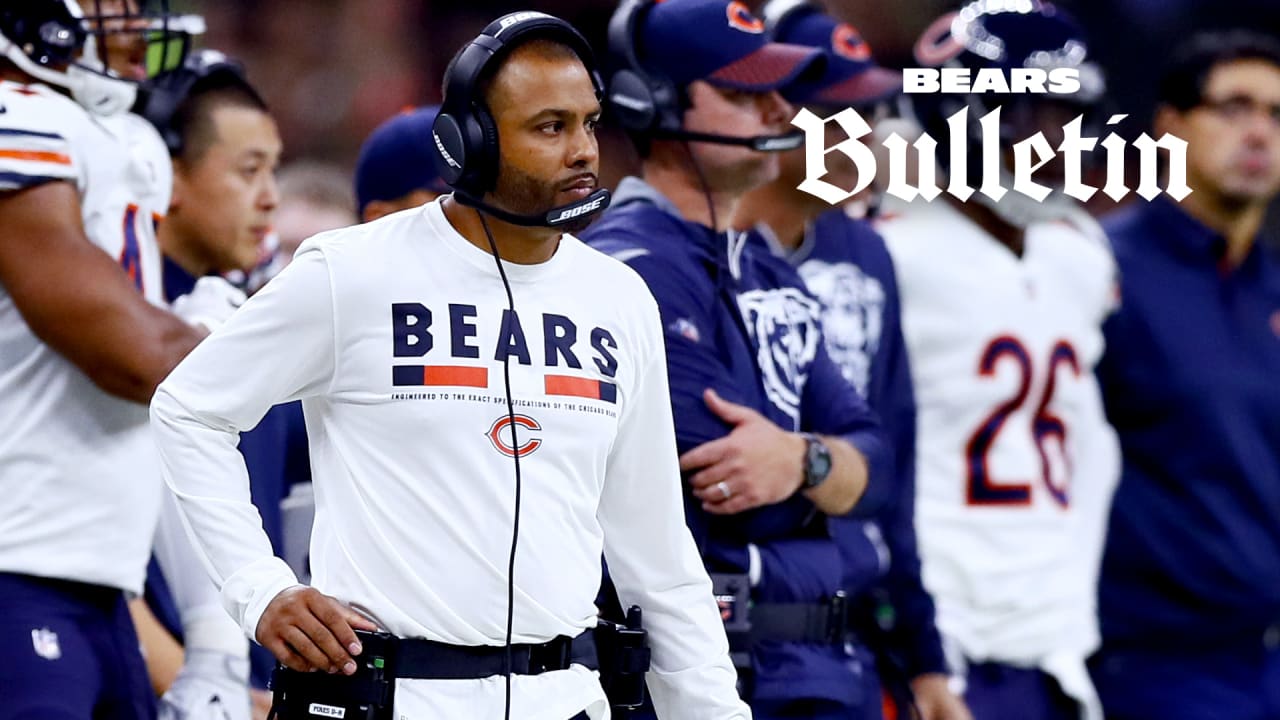 The Bears on Friday promoted Sean Desai from safeties coach to defensive coordinator. The 37-year-old replaces Chuck Pagano, who announced his retirement Jan. 13 after 36 years in coaching.

Desai was originally hired by the Bears in 2013 and is the only remaining holdover from former coach Marc Trestman’s staff. Desai spent six seasons as a defensive quality control assistant from 2013-18 before being promoted to safeties coach in 2019.

“We are very fortunate and excited to promote from within and announce Sean Desai has been named defensive coordinator for our football team,” coach Matt Nagy said in a statement. “He is a person of high football intelligence, extremely detail-oriented, has a very strong work ethic and I cannot think of someone more deserving to lead our defense.

“Sean is a family man of high character and the respect he has within our building from coaches, players and staff is unparalleled.”

In his role as a quality control assistant, Desai worked with the Bears’ defensive backs and linebackers while also assisting on special teams.

While the Bears were searching for Pagano’s replacement, former Bears outside linebacker Sam Acho offered a strong endorsement of Desai. In one Twitter post, Acho wrote: “The Bears don’t have to look far for their next DC. Sean Desai has been ready for that role for years. He was Vic Fangio’s right hand man for 4 years, & helped craft that defense to greatness. Smart, talented, knows ball and has all the credentials. All he needs is an opportunity.”

In responses to fans, Acho tweeted: “Desai is a spitting imagine of [former Bears outside linebackers coach and current Chargers head coach] Brandon Staley. Brilliant defensive mind, scheme is out of this world.” And “[the scheme] would be the same as what you saw in 2018 with Vic [Fangio].”

Desai began his coaching career at Temple, his alma mater, in 2006, serving as a defensive assistant and special teams coach for five seasons. As special teams coordinator in 2010 at the age of 27, he was one of the youngest coordinators in college football.

Desai was assistant director of football operations at the University of Miami (Fla.) in 2011 before spending the 2012 season as running backs coach and special teams coordinator at Boston College.

Desai earned his doctorate in educational administration, with an emphasis in higher education, at Temple in May 2008, serving as an adjunct professor at the school in 2009 and 2010, teaching in the master’s and doctoral programs in education administration.

The defense regressed throughout the course of the 2020 season. The unit allowed just nine touchdowns in the first six games of the year, helping the Bears open with a 5-1 record. In the final six regular-season contests, however, the defense permitted 21 TDs.

The decline was especially significant in two key areas: After ranking first in the NFL in both red-zone touchdown percentage and third-down efficiency over their first eight games, the Bears ranked 31st in both categories over their final eight contests.

London spent the past three seasons as running backs coach under Nagy. It was London’s second stint with the Bears, having served as an offensive quality control assistant on coach Lovie Smith’s staff from 2007-09. London has also served as a running backs coach in college at Duke (2006) and Penn State (2012-13) and in the NFL with the Texans (2014-17). His role with the Falcons is his first as a quarterbacks coach.