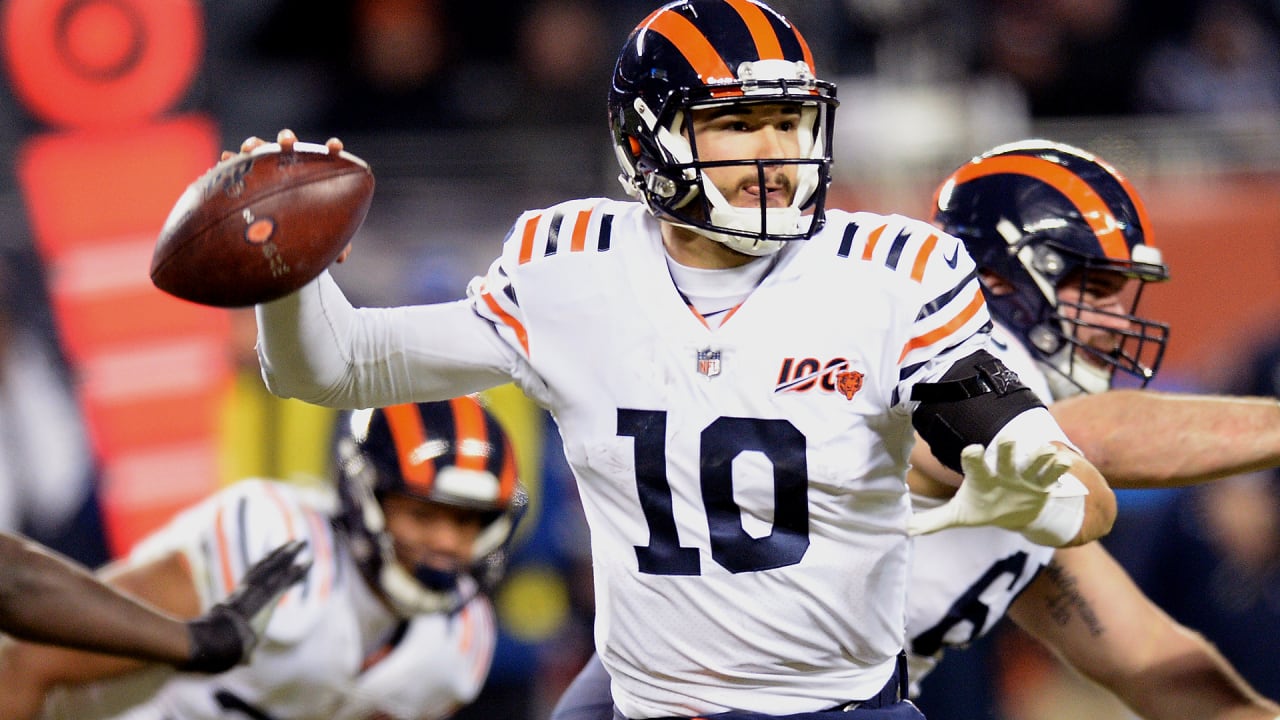 Every position group on offense has improved. But the most tangible jump has been at quarterback. After producing five touchdowns in his first seven starts, Trubisky has accounted for 13 TDs in his last five games, 11 passing and two rushing. The only NFL quarterback who has produced more touchdowns over that span is the Ravens’ Lamar Jackson with 18.

Trubisky and the offense hope to continue performing at a high level Sunday in a rematch against the Packers in Green Bay. In the season opener Sept. 5 at Soldier Field, the Bears were limited to just one field goal on 12 possessions in a deflating 10-3 loss, wasting an excellent outing by their defense.

Nagy feels that the Bears have changed quite a bit since their Week 1 encounter with their fiercest rival.

“There’s been a lot of growth for us,” Nagy said. “I think the biggest thing is that we’ve all grown and become mentally stronger, a lot stronger from then. That’s where we’ve kind of figured out who we think we are and now we’ll get to the test again here against Green Bay.”

The Bears believe there are several reasons they’re more equipped to succeed Sunday in Green Bay than they were in the season opener: 1) Trubisky is playing his best football of the year; 2) Anthony Miller has emerged as a dangerous No. 2 receiver paired with Allen Robinson II; 3) Flip-flopping Cody Whitehair and James Daniels to the positions they played last year has helped solidify the offensive line; and 4) Jesper Horsted and J.P. Holtz are providing production from the tight end position that didn’t exist most of the season.

Through hard work and determination, Miller has earned more opportunities to make plays—and he’s taking advantage of them. After catching 17 passes for 218 yards in the Bears’ first nine games, the 2018 second-round draft pick has hauled in 24 passes for 313 in the last four contests.

“He cares a lot,” Trubisky said. “He works his tail off in practice. You know that he has the ability to get open within this offense, and he’s done a lot from the learning standpoint about where he belongs within each spot, within each concept, and even when he’s not getting the ball, where he’s blocking, who he’s blocking. He’s earned that trust and he’s been busting his tail to get on the same page with me.”