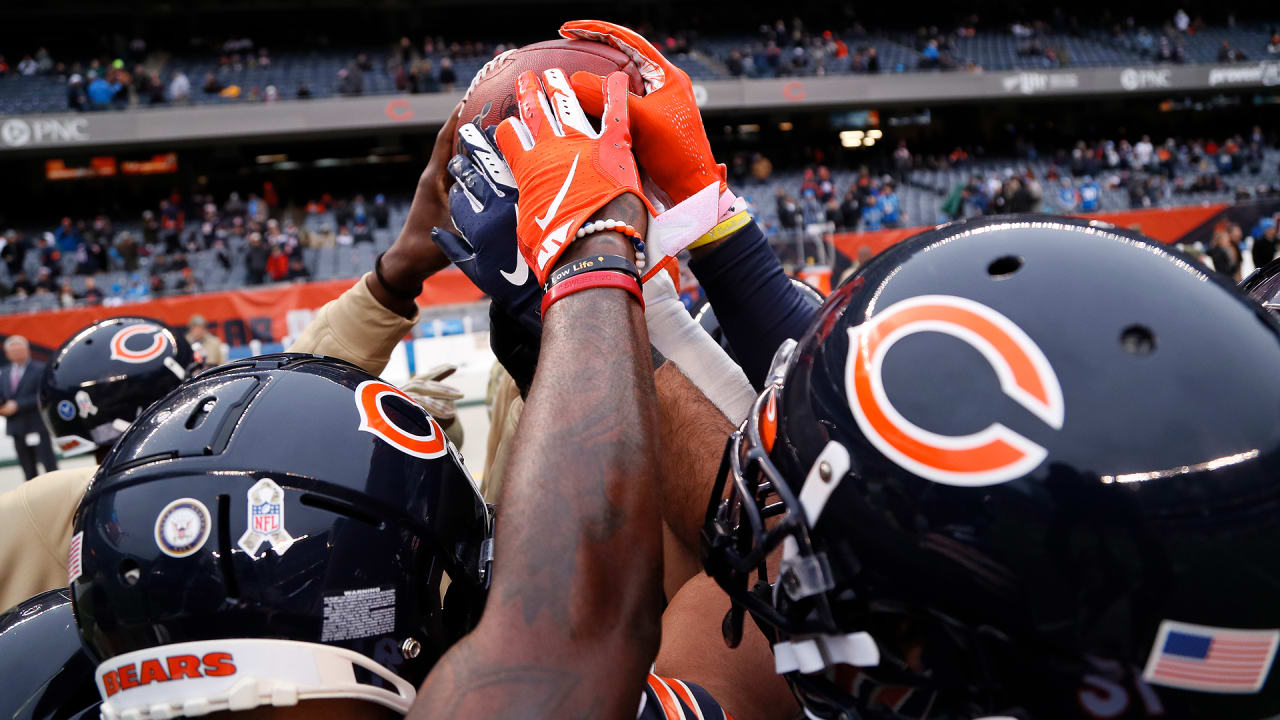 Blake’s shooting came three months after George Floyd, an unarmed Black man, was killed by a white Minneapolis police officer. After Floyd’s death and the protests that followed, Bears players and coaches held an emotional two-hour video call during which they discussed racial injustice and police brutality.

At that time, the Bears discussed their intention to take action to effect change, with chairman George H. McCaskey saying in a statement: “We must do more than wring our hands and hope it doesn’t happen again … Through our voice, our actions and our resources, it is our obligation to lead. We will continue to work with our player-led social justice committee to provide funding and exposure to local organizations dedicated to empowering communities that have been oppressed for far too long.”

The Bears reiterated their determination “to be a proponent of change” Tuesday when they released the following statement following Blake’s shooting:

“The Chicago Bears are deeply disturbed by yet another instance of a police officer using excessive force against a Black person, this time on Sunday evening in Kenosha, a community just up the road from Halas Hall. Jacob Blake is the latest name added to a list that tragically continues to grow. We will continue to use our voice and resources to be a proponent of change and we support the efforts of all those who are peacefully fighting for equality and the end of systemic racism in our communities. Our thoughts are with Jacob and his family and we pray for his recovery.”

Bears coach Matt Nagy opened his video press conference Tuesday by saying: “I want to start off by giving all of our thoughts and prayers to Jacob Blake. It’s very disturbing, and it has to stop.”

“We talked about it with our football team,” Nagy said. “The biggest thing is all of us understanding the platform that we have and that we need to use that every single day, and it’s imperative that we do that and use that platform and do it together. Again, just all of our thoughts and prayers are with him. Being so close to where we are at right now, we’re thinking about him and his family and want nothing but the best for him.”

“It’s definitely a crazy situation,” running back Tarik Cohen said Tuesday. “With all the notoriety and attention that has been given to police brutality, you’d think it would slow down a little bit and not still be the main topic every day when you wake up and see it on the news. It’s crazy that we still see those same things happening in today’s world.

“It’s great to be on a team that openly speaks about that. We have open conversations about everything that happened around it, and with that being so close, it was definitely a topic today. Coach Nagy made it known that we all have each other’s backs and [that’s] the way we’re going to carry ourselves about any situation that happens.”

Left tackle Charles Leno Jr. told reporters Tuesday that he intends to inquire how the Bears can help the Kenosha community. Like many others, Leno is also committed to working toward eliminating racial injustice and police brutality.

“We know it’s been a problem,” Leno said. “We just need more awareness and to spread more awareness—and within that awareness, also spread compassion and understanding for others. I think that’s one of the biggest things. And with that will come love, and that we need more of that in this world.

“And also I just believe police training, too. I don’t know how many hours those guys do. But I know we train a lot on the football field. I think they need a little bit more because they’re dealing with lives and they’re handling lives. And every single life is precious.”