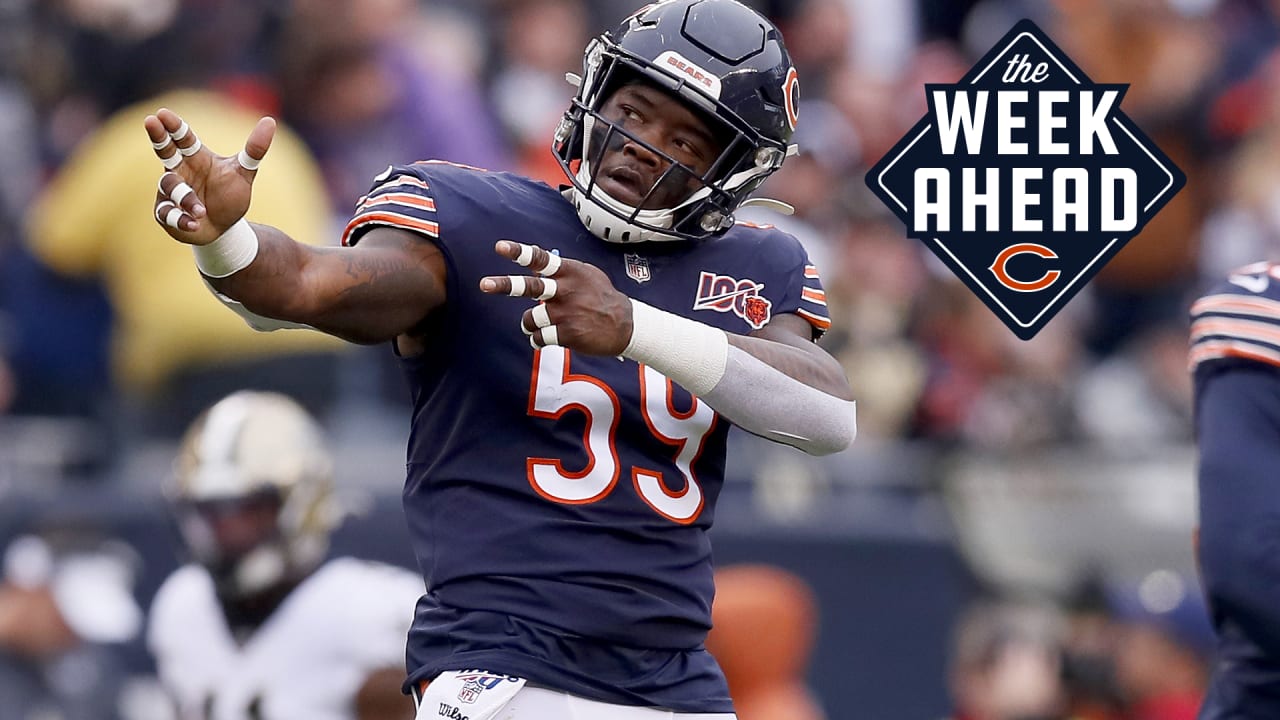 Storyline of the week
The Bears will once again try to kick-start a dormant offense that mustered only 85 yards and four first downs through the first three quarters of last Sunday’s loss to the Saints. The offense figures to be more balanced versus the Chargers than it was against New Orleans when the Bears had 54 pass attempts and seven rushes, the fewest in a game in franchise history.

Series history
The Bears lead the all-time series 7-5 and are 4-0 versus the Chargers in Chicago. The Bears won the last meeting 22-19 on Nov. 9, 2015 at Qualcomm Stadium in San Diego. They overcame a 16-7 fourth-quarter deficit, scoring the go-ahead points with 3:19 remaining on Jay Cutler’s 25-yard touchdown pass to Zach Miller, who plucked the ball out of the air with one hand. Lamarr Houston helped seal the victory with two sacks on the Chargers’ final drive.