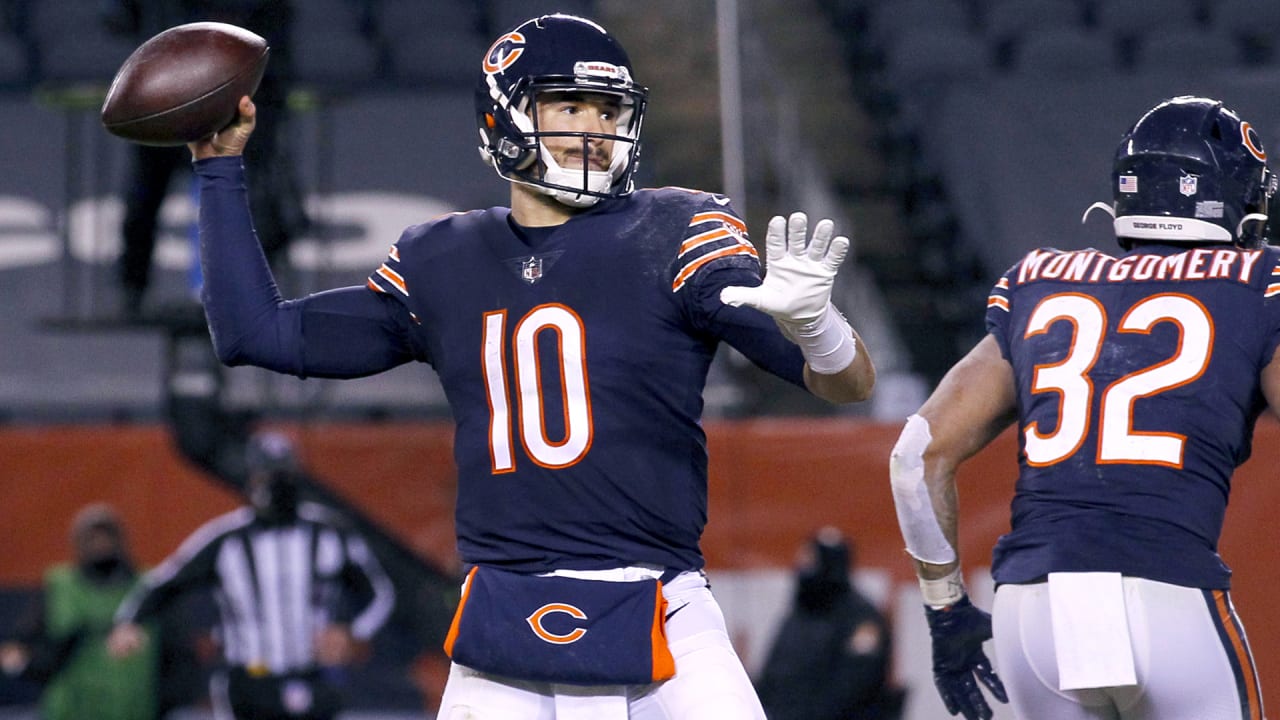 In his playoff debut against the Eagles, Trubisky completed 26 of 43 passes for a Bears-postseason record 303 yards with one touchdown and an 89.6 passer rating in a 16-15 loss.

Fast forward two years later and Trubisky is playing his best football since joining the Bears. In six games since regaining his starting job, he has completed 68.0 percent of his passes for 1,495 yards with 10 touchdowns, five interceptions and a 96.0 passer rating. During that stretch, Trubisky helped lead the Bears to three straight wins and a berth in the playoffs.

“He was a different quarterback at the start of this year from [where he was in 2018] because conceptually we knew what he liked and didn’t like,” Nagy said. “But from the start of the year until now, he’s even a better quarterback in a lot of different ways … He’s absolutely grown as a quarterback and as a person and he’s worked hard at it. It has not come easy and because of that, we are having success.”

In their third season together, Trubisky feels more comfortable than ever in sharing his thoughts about certain plays in the game-plan with coaches.

“I think that he’s grown in that way in regards to he has more confidence now in what we are doing schematically,” Nagy said, “not just in the boots, the nakeds, the play-passes but in the drop back game as well. There is stuff that he likes that he feels good about that we like to stick to. That just comes with time; that part will only grow for him.

“I think good coaches listen to players that have conviction about plays they like. When a quarterback comes to you with conviction on a play and if you don’t listen or you go a different way, that’s not good. So when they feel something, you go with it.”

When Trubisky was reinstalled as the starting quarterback after spending two months on the bench, he returned with an increased intensity and resolve that was immediately evident to coaches and teammates.

“The spirit that Mitch brought with him into the huddle was noticeable for me standing on the practice field,” said offensive coordinator Bill Lazor. “I can tell you that it affected the huddle when the quarterback walked into the huddle that way.”

Tags: he his trubisky