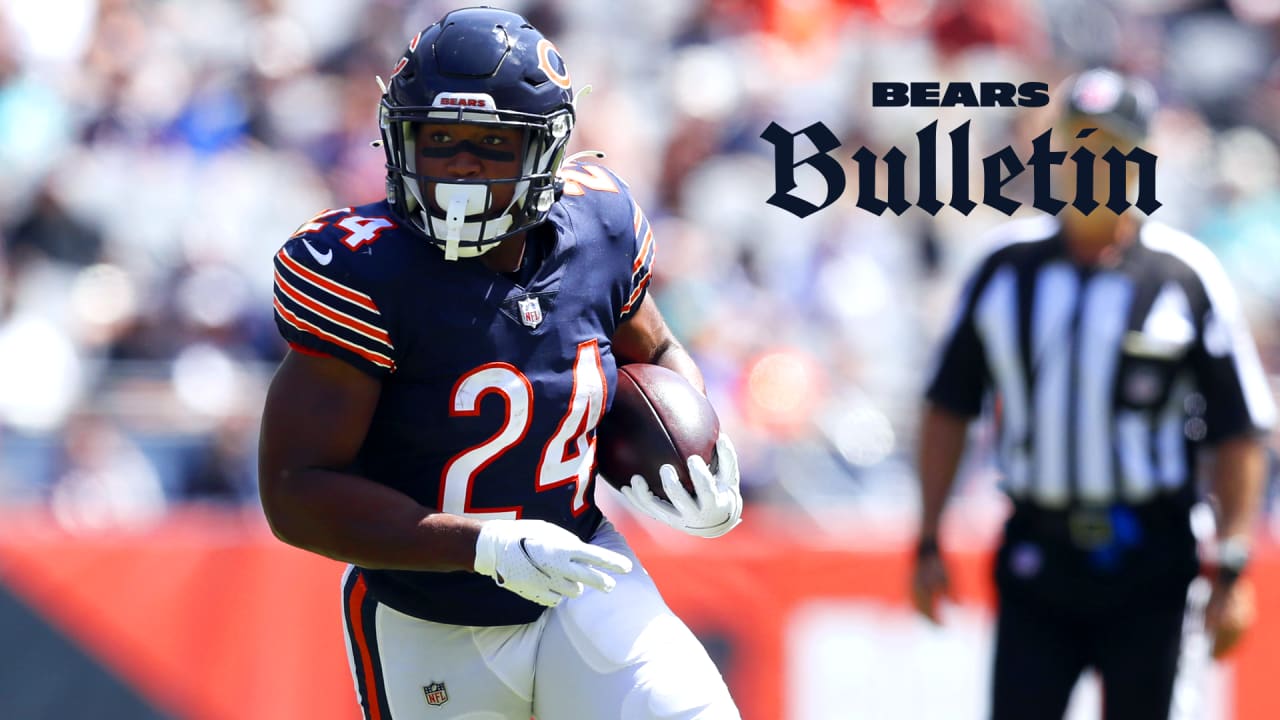 Webster was waived by the Rams July 21 and claimed by the 49ers. He was then waived by San Francisco last Tuesday as part of final cuts.

• Rookie sixth-round running back Khalil Herbert is listed as the No. 1 kickoff returner, ahead of Webster.

In preseason action, Herbert averaged 19.9 yards on eight kickoff returns with a long of 25 yards. A full-time returner last year at Virginia Tech for the first time in five college seasons, he averaged 26.9 yards on 16 kickoff returns.

• Second-year pro Kindle Vildor is listed as a starting cornerback opposite Jaylon Johnson﻿. Vildor’s main competition for the job was veteran free-agent acquisition Desmond Trufant, who was released as part of final cuts. Duke Shelley and Artie Burns are the Bears’ second-string cornerbacks.

• Rookie fifth-round pick Larry Borom will back up veteran Jason Peters at left tackle, while veteran Elijah Wilkinson is the Bears’ second-string right tackle behind Germain Ifedi﻿. Alex Bars is the backup at both guard positions.

Coach Juan Castillo wants Borom to focus on one position as part of his transition into the NFL.

“He’s young, so what I’m trying to do is keep him on one side and Elijah on the other side,” Castillo said. “I think that makes it easier.”

Tags: bears he was