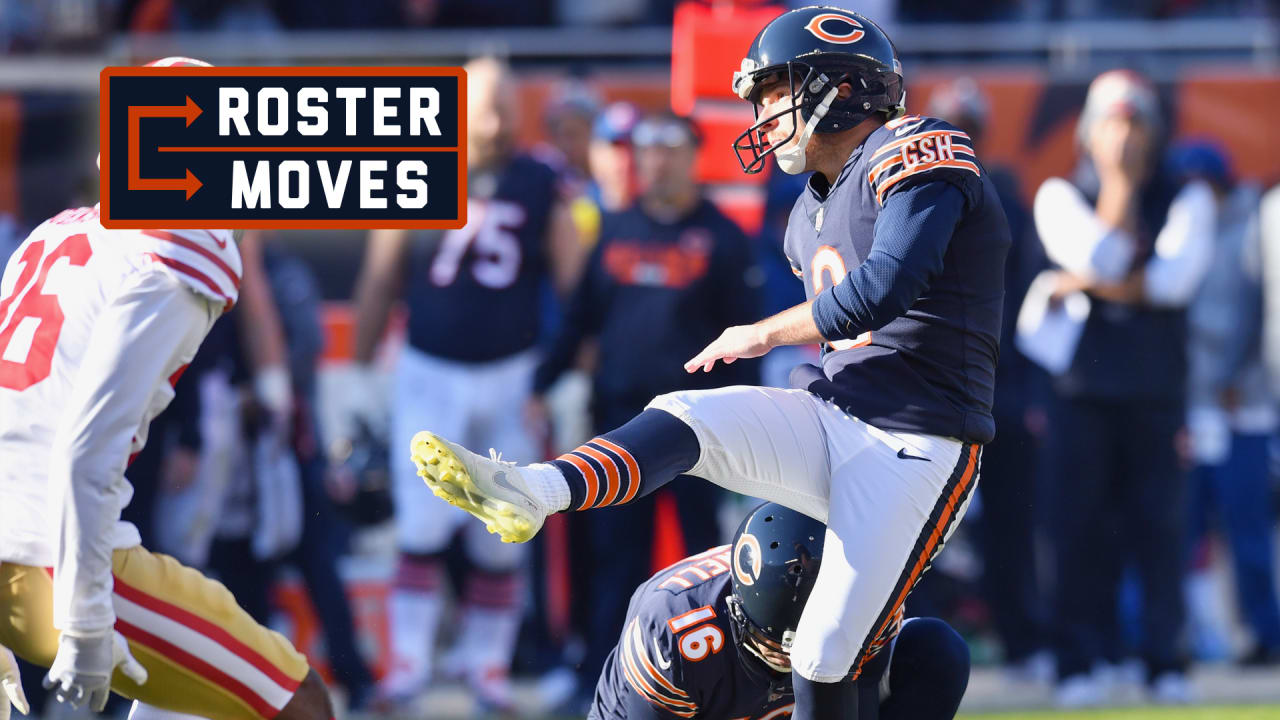 He made 4-of-5 field-goal tries in two games with the Bears in 2017 before sustaining a season-ending groin injury. Santos opened last season with the Titans but was released after missing all four of his field-goal attempts in a Week 5 loss to the Bills.

After Sunday’s practice, coach Matt Nagy confirmed that second-year kicker Eddy Piñeiro “does have a little bit of a groin [injury] that he’s dealing with right now.”

Like Santos, Wesley returns for a second stint with the Bears. He spent the final two weeks of last season on their practice squad, signed a reserve/futures contract Dec. 20 and then was waived July 27.

Clark injured his shoulder in last Thursday’s practice. He signed with the Bears Jan. 6. Clark was returning to football for the first time since high school after playing basketball at Charlotte (2012-13) and USC (2014-16).