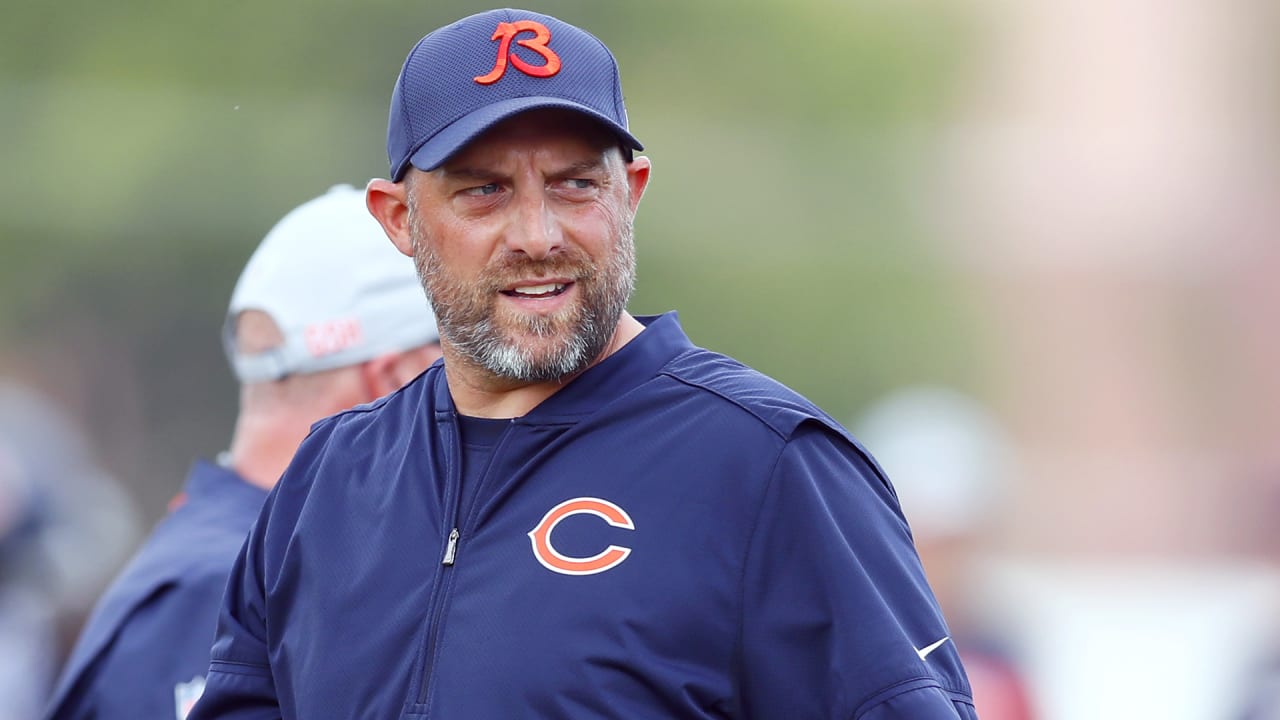 Coach Matt Nagy informed Bears players Monday that the team’s virtual offseason program will end Thursday, a week and a half earlier than scheduled.

“We’ve really had a phenomenal nine weeks of virtual learning,” Nagy said Tuesday during a video call with reporters. “They’ve been really, really good, solid weeks. I’m proud of our guys for showing up every day. It’s all voluntary, and we’ve done a lot.”

The Bears’ offseason program typically includes 10 OTA practices and a full-squad minicamp. But with Halas Hall closed due to the coronavirus pandemic, this year’s program consisted solely of two-hour video meetings.

Those virtual sessions were slated to continue next Monday through Thursday (June 15-18) and again the following Monday through Wednesday (June 22-24). Instead, the program will conclude with this Thursday’s meeting.

“We wouldn’t do this if we didn’t think that we didn’t have what we needed in offensively, defensively and special teams,” Nagy said. “I meet every morning with the coordinators and we all feel like we’re in a really good place right now.”

Bears players remained engaged throughout the virtual program. But Nagy felt it was important to give them a mental break before that changed.

“You want to be careful,” Nagy said. “I think there’s that fine line of going too far. And it’s great that we have the opportunity to do it. But if you go too far and we’re all staring at each other for two hours and we’re going over stuff and they’re not really listening … let’s be productive. Let’s let them go work out. Let’s let them train. And when we come back for training camp, we’re going to be ready to rock and roll.”

Nagy acknowledged that the mental demands coupled with the emotional toll on players and coaches since George Floyd’s death May 25 also played a role in ending the program early. Last Monday the Bears spent their entire two-hour session discussing Floyd’s murder by a white Minneapolis police officer as well as the nationwide protests that have followed. Nagy revealed that the Bears have continued to talk about the situation in subsequent meetings.

“Emotionally, there’s been a lot in the last week and a half,” Nagy said. “But on top of that on the football side, we’ve done a lot mentally to them. We just think with the attendance that we’ve had, with the players and coaches being very adaptive, it’s been different. But they’ve really responded well to it.”

After Thursday, Bears players will be off until training camp begins at the end of July. But they’ll be expected to continue working out on their own.

“The players can focus on training,” Nagy said. “It’s going to be very important. That’s the one part that’s been more difficult is we’re not all together. Now they get to really not worry about meetings so much Monday through Thursday but they can really focus on their bodies and train and come into training camp really prepared.

“And then for our coaches, it allows us to really dive into the cut-ups and preparing to help these kids out. We’ve done so much; we feel like we’re in a really good place right now.”

Nagy drew that conclusion based on his interactions with players and coaches.

“Even up to yesterday when we were installing some stuff, going through plays, you literally ask a player a question and boom, right away, you hear an answer,” Nagy said. “There’s interaction. You know it and you feel it. We would know if we needed more time or if it wasn’t going well. That’s not how we feel at all.

“If we go back to nine weeks ago when we had our first Zoom meeting and you fast forwarded to now and you said to me, ‘How is this thing going to go? Is it going to get monotonous? Is it going to get boring? Are these guys just going to be sick and tired of it?’ Right now, they’re not there, but I also feel like it’s getting close.”

Nagy lauded his assistant coaches for their efforts and credited the many guest speakers the Bears have had with breaking up the monotony of the meetings.

“Your players tell you; they tell you how they feel,” Nagy said. “I like to ask a lot of the guys, ‘Hey, what’s the pulse of the team? How are they doing? How are we doing?’ And they give us feedback, so we work off of that. That’s what tells me we’re in a good place.

“Now, none of that matters necessarily to win a football game. That matters to win the offseason, which is a challenge right now. But I feel like they’ve won that part. So let’s keep this moving forward. Let’s get into training camp or whenever the start of the season is and then let’s try to turn this all into a good, positive feeling so that when we get on that field for the first time we don’t have any regrets.”