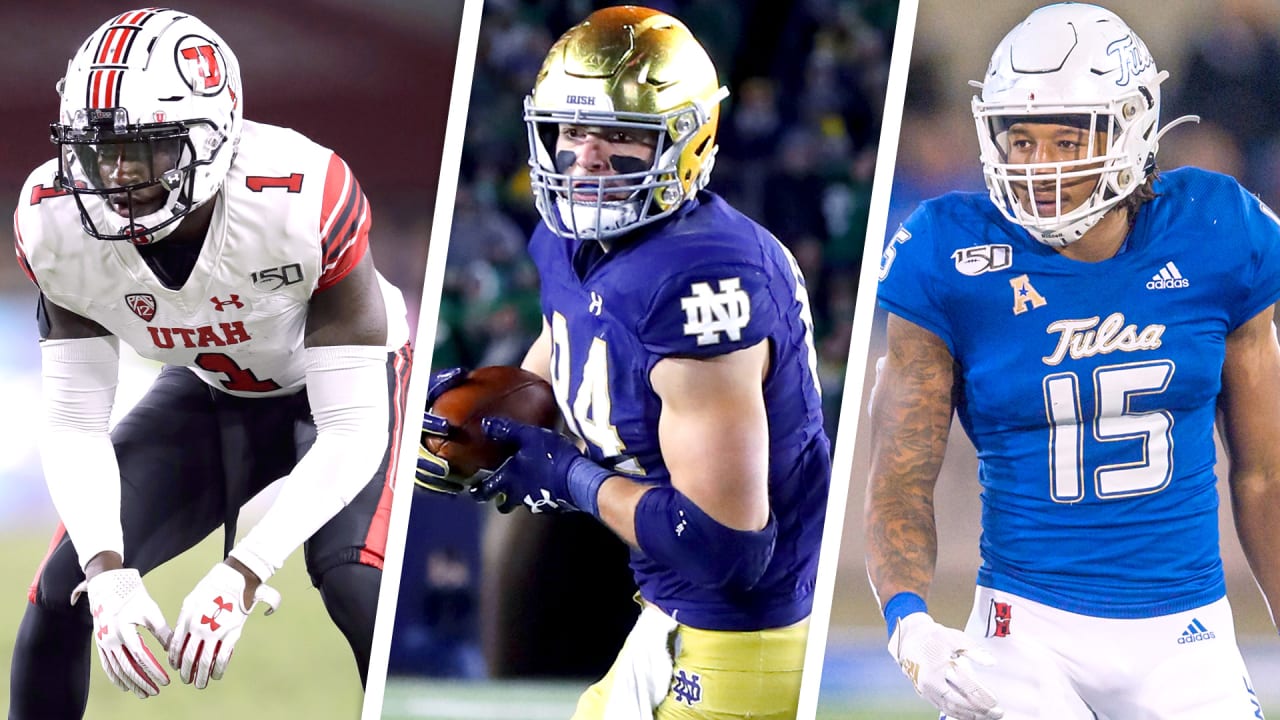 The Bears will launch their three-part documentary series “Meet the Rookies” brought to you by Mercedes-Benz on Tuesday.

In its sixth year, the “Meet the Rookies” series tells the story of each player’s journey to the NFL in their own words.

From Tuesday through Thursday, one episode will be released per day at 7 p.m. on ChicagoBears.com, the free Chicago Bears Official App brought to you by Verizon and Bears social media channels, including YouTube.

The series will culminate with a 30-minute special featuring all three episodes on FOX 32 on Saturday, July 18, at 9:30 p.m. and Sunday, July 19, at 10 p.m. Meet the Rookies is hosted by Jeff Joniak, Bears play-by-play announcer on WBBM Newsradio 780 AM & 105.9 FM, and Bears reporter Lauren Screeden.

The 2020 “Meet the Rookies” trailer can be found below. Here’s more information on the rookies who will be featured:

Johnson was a two-time first-team All-Pac 12 selection at Utah, where he played in 38 games with 29 starts the past three seasons and recorded 102 tackles, seven interceptions—two of which he returned for touchdowns—21 pass breakups and one sack.

The 6-foot, 195-pounder’s best year was 2018 when he set career highs with 41 tackles and four interceptions. Last season Johnson earned second-team All-America honors. He started 13 games, ranking third in the Pac-12 with a team-leading 11 pass breakups.

Kmet was a three-year contributor at Notre Dame. He emerged as a playmaker last season, establishing career highs in all receiving categories with 43 receptions, 515 yards and six touchdowns despite missing the first three games with a broken collarbone.

Gipson was a two-year starter at Tulsa, where he earned first-team All-American Athletic Conference honors last year as a senior after setting career highs with 49 tackles, eight sacks and 15 tackles-for-loss. As a junior, he registered 46 tackles, four sacks and nine tackles-for-loss. Gipson forced eight fumbles during his college career, tying for second in the nation with five in 2018.