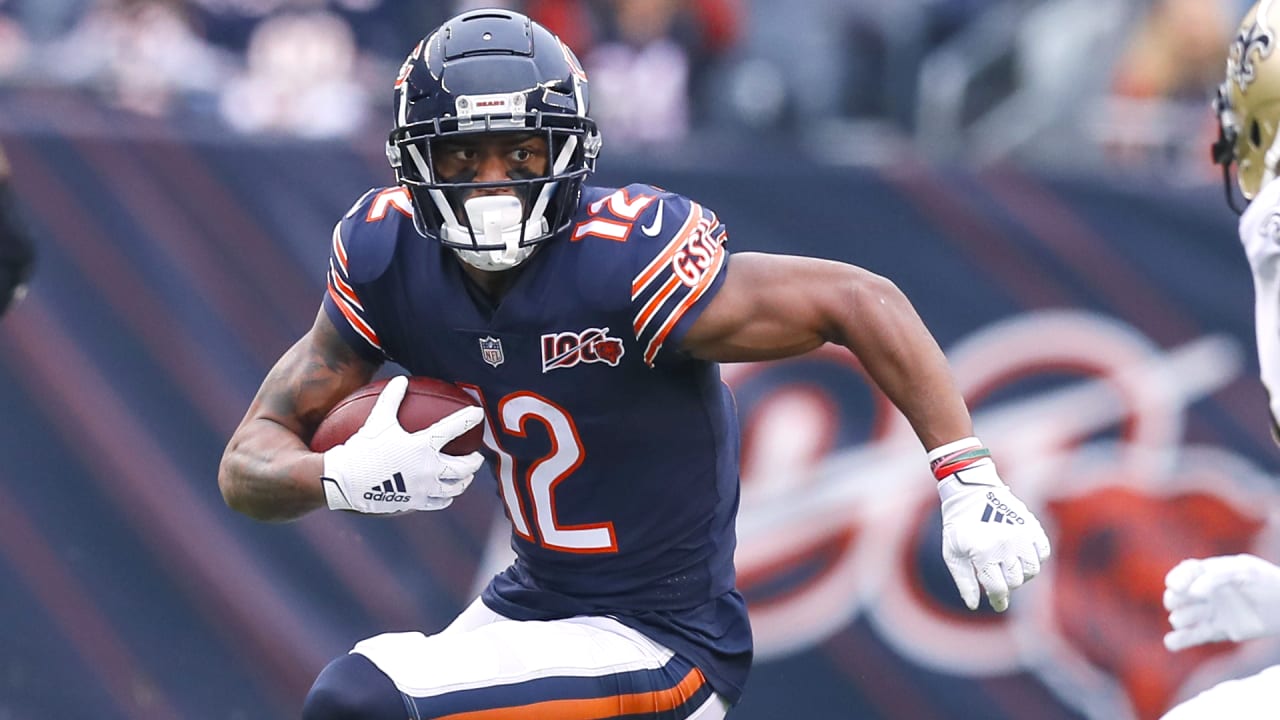 Last offseason, receiver Allen Robinson II predicted that his second year with the Bears would be more productive than his first.

While the 2018 Bears defied expectations with a 12-4 run to the playoffs, Robinson felt limited by his ongoing recovery from a season-ending knee injury the year before. With high expectations going into 2019, Robinson believed his production would jump.

Robinson justified that opinion by leading Bears receivers in catches, yards and touchdowns, often proving to be the offense’s most consistent performer. While the team might have less buzz after an 8-8 season, Robinson feels just as ambitious as he did a year ago.

“It’s the same mood,” said Robinson. “Everybody knows what we’re here to do, the things that we want to accomplish.”

Robinson has spent the past six months working to become an even more potent weapon. He enters training camp confident that his effort has added a few wrinkles to his game.

“(The) big thing was just getting better at the top of the route,” said Robinson, “being able to be more explosive in and out of my breaks. That was a big thing that I focused on, especially certain intermediate routes. You know, being able to train myself to want to create the proper separation that I want to create.”

Robinson has focused on preparing himself to get more yards after the catch. His 11.7 yards-per-reception in 2019 was his lowest average since his rookie season playing for the Jacksonville Jaguars. However, Robinson’s 63.3 catch percentage came in five points higher than any other full season during his six-year career.

“Allen is a big guy on the small details,” said fellow receiver Anthony Miller. “He does everything right. And he has been a good guy to look up to. I’m glad he is on our team.”

As Robinson will turn 27 during training camp, longevity and endurance have been top-of-mind in his offseason regimen.

“My main focus is keeping my body right,” said Robinson. “That’s just the biggest thing. For me, the main focus going each and every season is going 16 games. I know if I play 16 games I’ll be able to give my teammates and my team everything that I’m here to give.”

To that end, Robinson worked with Dr. Michael Risher, a sports performance specialist who has also worked with running back David Montgomery, to keep his on-field movement effective and sustainable.

“It’s always a main focus on different core work, foot placement, ankle stability,” said Robinson. “There’s a lot of things that you have to focus on as a receiver, so, for me, when I did get a chance to work with him, those are some of the focal points that we had, foot placement and stuff like that, helping me get in and out of my breaks a lot better.”

While stressing that he can only speak from his own experience, Robinson spoke highly of quarterbacks Mitchell Trubisky and Nick Foles. The veteran receiver is optimistic that the team will see improved performance from that position in 2020.

Robinson emphasized the value of experience, stating that he felt the game would slow down for younger teammates like Miller and Trubisky. Robinson believes that increased familiarity will help the Bears offense find the groove that often eluded it in 2019.

“The more football that you play,” said Robinson, “the more stuff that you see. That’s where you take your game to the next level. A big portion of this game is mental, and the more mental acumen that you can have on that field and between those lines and the more information that you can retain and keep, that helps you play a lot faster.”

Robinson’s attitude can be contagious, as he is called upon to mentor a receiving corps that includes only one player, offseason arrival Ted Ginn Jr., with more NFL experience than him.

“He means a lot to this team,” said Miller. “He’s one of those leaders that we need on this team. He’s not very vocal, but he does it a lot through his actions. And a lot of people pay attention to that and he leads by example.”

Tags: he his robinson