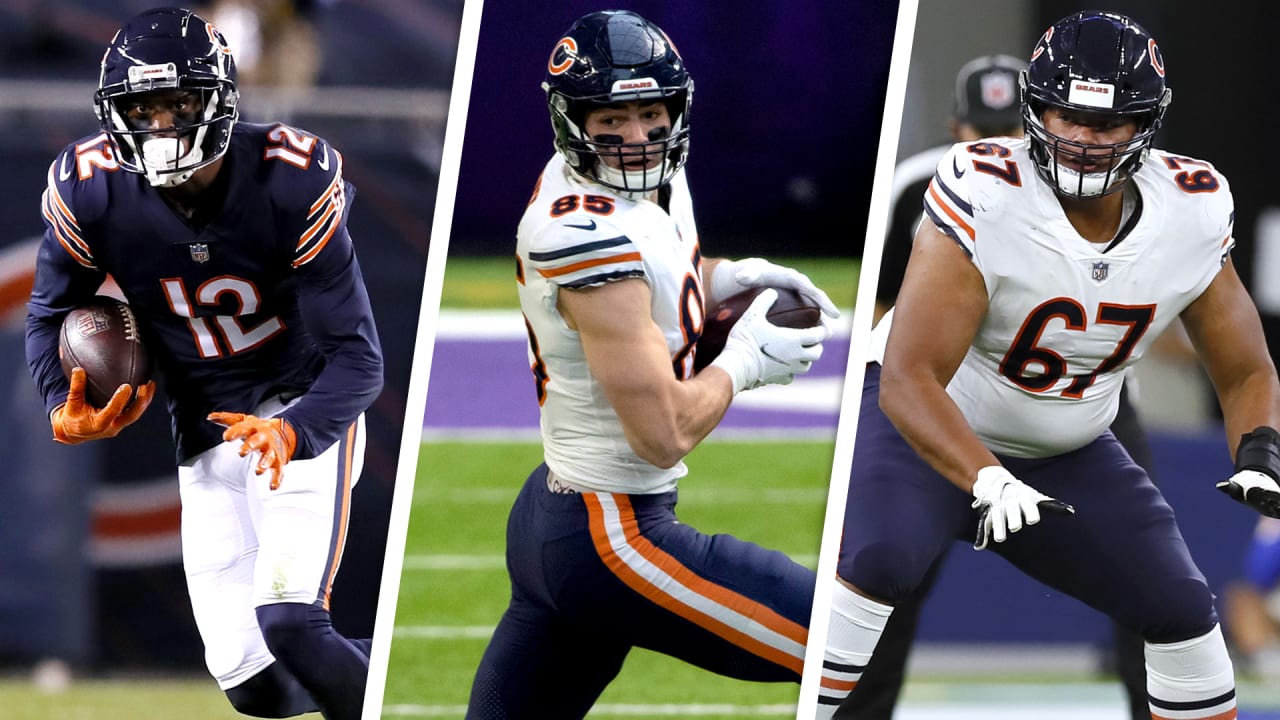 “Learning from it is the most important thing,” said center Sam Mustipher. “We have to learn from it and grow from it so that when we get the opportunity to be back there—if we do get that opportunity—that we’ll be better prepared for it, and it’ll be because of what happened yesterday.”

After struggling throughout the second half of the season, the Bears defense performed well in the first half Sunday in New Orleans. The unit permitted just seven points in the first two quarters to the Saints, one of five NFL teams that averaged at least 30 points per game in the regular season.

Even though New Orleans scored touchdowns on its first two drives of the second half to turn a narrow 7-3 halftime lead to into a commanding 21-3 advantage, the Saints still matched a season low with 21 points in the game.

Unfortunately, the offense was unable to take advantage. Before engineering a 99-yard touchdown drive on their final possession against a prevent defense after the game had been decided, the Bears had mustered just 140 yards and six first downs and were 0-of-9 on third down.

The performance was reminiscent of how the offense sputtered from Weeks 4-10, when the unit produced only nine touchdowns in seven games and the Bears averaged 16.7 points and 272.1 yards per contest.

The offense experienced a resurgence after the bye week when Mitchell Trubisky was reinstalled as the starting quarterback and the offensive line was reconfigured. In five games from Weeks 11-16, the Bears scored 19 touchdowns while averaging 33.0 points and 387.4 yards. During that span, they scored at least 30 points in four straight games for the first time since 1965, registering three consecutive wins to remain in playoff contention.

But just like that, the offense flatlined—first in a 35-16 loss to the Packers in the regular-season finale and then again in Sunday’s defeat to the Saints. The Bears mustered just one touchdown in each game and were held to their lowest point total of the season in their Wild Card loss in New Orleans.

“It was tough for us,” said receiver Allen Robinson II. “To be able to have that stretch where we picked it up a little bit and then us not having the games we wanted to over the past couple weeks with our defense playing outstanding, this past week especially giving us a shot, that’s always tough.

“Looking at Khalil [Mack] and Danny [Trevathan] and Akiem [Hicks] and Eddie [Jackson] and all of those guys playing their butts off, continuing to give us a shot, and for us unfortunately not being able to capitalize on that opportunity, with them holding [the Saints] to seven points in the first half.

“We had a shot, so that’s the most frustrating thing and that’s the toughest thing. But looking back at the game yesterday, I mean even as we kind of were on the flight [home], I mean we had a chance. We just shot ourselves in the foot sometimes with crucial penalties through the course of the game and in untimely fashion, unfortunately.”

The Bears finished 8-8 for the second straight year, but the 2020 season was unlike any other in recent memory due to the dramatic highs and lows. They opened 5-1, lost six straight, rebounded to win three in a row, and then closed with discouraging losses to the NFC’s top two playoff seeds, the Packers and Saints.

The Bears reached the postseason for the second time in three years under Nagy—albeit as the No. 7 seed that was added this year as part of the new CBA—but there’s no question they fell well short of their main objective.