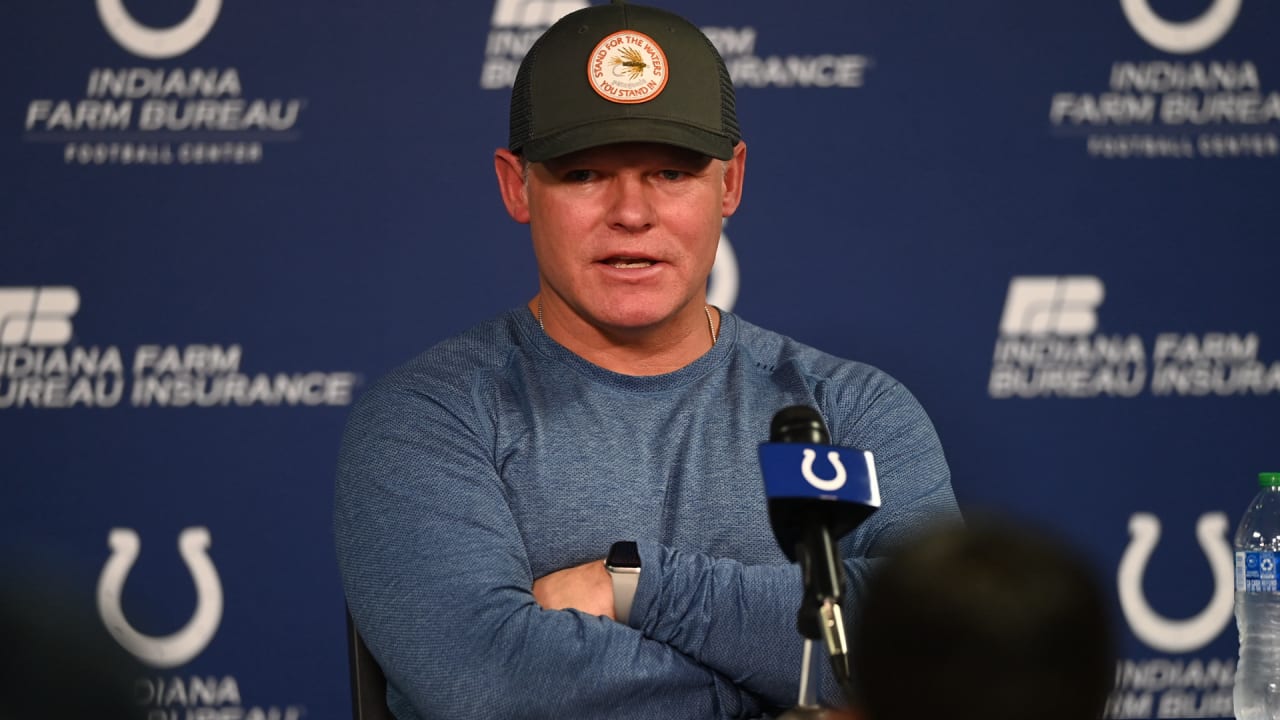 The Colts will enter the 2022 NFL Draft confident in the group of pass-catching weapons they already have on their roster, which among others includes a 1,000-yard receiver (Michael Pittman Jr.), a proven playmaker they expect to be involved more (Nyheim Hines), a go-up-and-get-it tight end who’s still an ascending player (Mo Alie-Cox) and a number of young guys who have upside the team values (Parris Campbell, Dezmon Patmon, Mike Strachan, Kylen Granson).

(Jonathan Taylor, by the way, is a pretty good weapon to have, too; he caught 40 passes for 360 yards while leading the NFL in rushing by a wide margin last season.)

So while general manager Chris Ballard knows the chatter out there – that the Colts need to draft at least one wide receiver – that’s not necessarily how he sees things.

“Do we need to add? Yeah, we do. But we also have some young players too that can fall into the mix.”

During Ballard’s annual pre-draft press conference on Friday, he emphasized a few points he’s made for years: One, that rosters can continue to be constructed long after the draft and into the season; Two, that need is only a tiebreaker in the draft if two players are evenly valued.

The point is: Why draft for need when you may be able to fill that need later? The Colts followed that principle last year, when Ballard and his staff didn’t reach for a left tackle in the first two rounds and then signed veteran Eric Fisher about a week later.

And, in 2022, that pass-catching answer could come from one or a couple of the guys the Colts already have on their roster.

We’ve heard for weeks about how much an emphasis the Colts are putting on getting Hines – who averaged a career high 6.1 yards per touch in 2021 – more involved in the offense. Guys like Patmon and Strachan have flashed in practice and preseason, and with Patmon, in a big moment late last season. Injuries have limited Campbell’s career but the Colts remain confident in what he can bring to their wide receiver room.

And with Jack Doyle retired, head coach Frank Reich talked last month about needing to morph his offense’s use of 12 personnel (two tight ends, one running back) to open up more opportunities for Granson to catch the ball.

“We see good things in Granson as an athlete and as a route-runner and think he has a chance to be a really good ‘F’ tight end,” Ballard said.

While those young players may not have a ton of production at the NFL level, that also does not necessarily mean a rookie wide receiver would be a sure thing.

“Everybody’s scared of the unknown just because they haven’t seen (it) — so they think, let’s go get somebody else,” Ballard said. “That guy’s unknown too. Just because the draft projections are high doesn’t mean it’s automatic success for that guy.”

Evaluating and projecting wide receivers is a difficult challenge, Ballard said, seeing as plenty of collegiate wideouts play in up-tempo offenses (which limit the complexity of the coverages they face) and are given free releases at the line of scrimmage (meaning they don’t have to deal with physical, press coverage as frequently). But also: The rise of year-round seven-on-seven ball does mean wide receivers have, in general, more experience running routes and catching passes before they hit the NFL.

And, importantly, these things take time. There have been 11 wide receivers drafted in the last decade to have 1,000 or more yards as rookies; 38 second-year wide receivers crossed the 1,000-yard mark in that same timespan.

So this is all to say the Colts are not guaranteed to use a high pick on a wide receiver next week. They might, they might not – it depends on how the draft unfolds and what their evaluations of the guys available look like.

“I think you always have to have enough faith and confidence when you lay your head on the pillow at night knowing we’ll find some type of answer between now and the start of the season,” Ballard said.