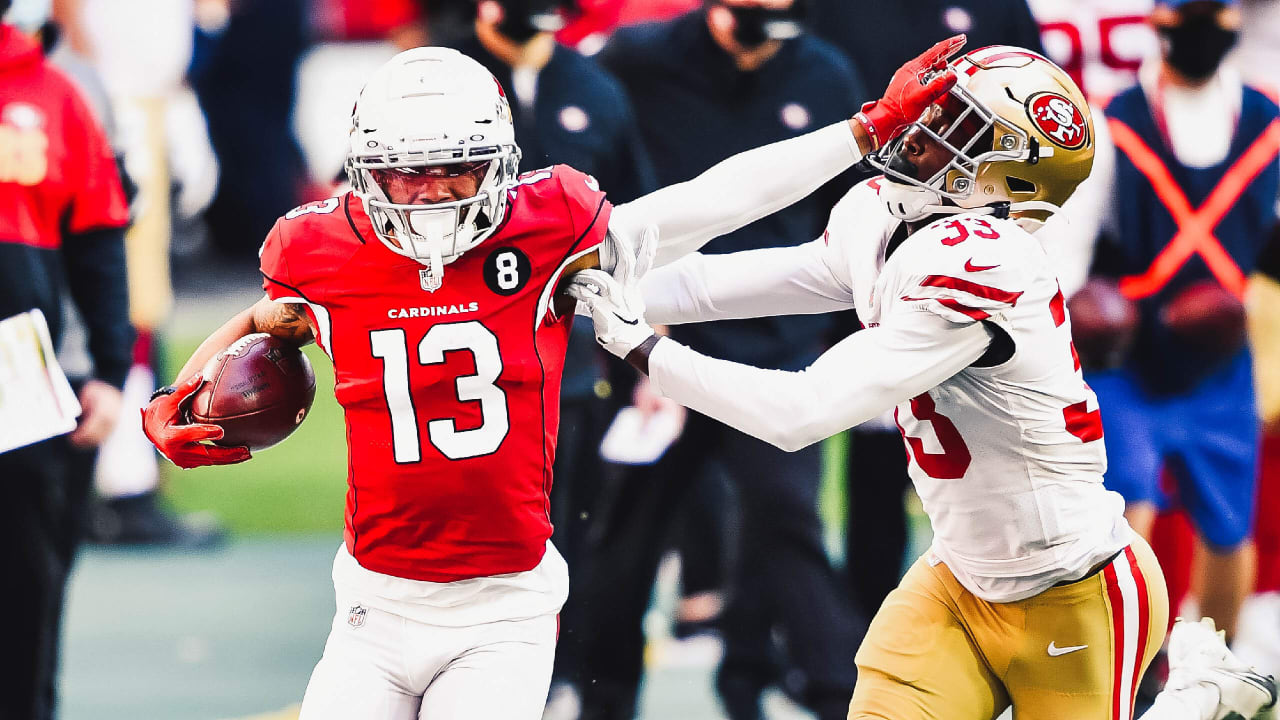 If Fitzgerald indeed doesn’t come back, it’ll mean more to Kirk than just his status as the receiver who has worn the Cardinals’ jersey the longest. It’ll also open up a spot in the slot – with Green taking the outside spot Kirk has been in – in which Kirk can slide.

“But I’m kind of over the part of talking about it. I’ve put in the work this offseason. My mindset this season is, talk less, show more.”

The one-time second-round pick was on his way to his big season last year. After making 68 catches for 709 yards and three scores in only 13 games in 2019 – dealing with a bad ankle most of the season – Kirk overcame a slow start to become an integral part of the production. From Week 4 through Week 9, Kirk made the most of his 18 catches, generating 324 yards and six touchdowns in those five games.

But then it dried up. From Week 10 through 15, he had another 18 catches but for only 145 yards and no touchdowns. He had seven catches for 76 yards in the home loss to the 49ers in Week 16, and then had to miss the final game after going on the COVID-19 reserve list.

Kirk isn’t sure exactly how is role will unfold – “Kliff (Kingsbury) will dictate a lot of that,” Kirk said – but in adding Green and rookie ﻿Rondale Moore﻿, there are multiple ways Kingsbury might be able to play it.

“He’s got a lot of toys in the basket, and he can pick whichever one and align them wherever he wants,” Kirk said. “We have a lot of great pieces and I hope it comes all together.”

That includes, of course, Kirk’s own place on the depth chart, both for 2021 and beyond. What will come monetarily for Kirk – whether it be with his hometown team building on his tenure in the position group or elsewhere – will in large part be based on what he can accomplish this season.

“It’s all in or nothing for me,” Kirk said. “It’s an exciting opportunity. (The contract) is one of those things where I feel grateful, and I don’t take it lightly that I’ve made it to this point. I leave it at that. It’s crazy to think about it, but it’s all-in or nothing.”

Tags: but he kirk