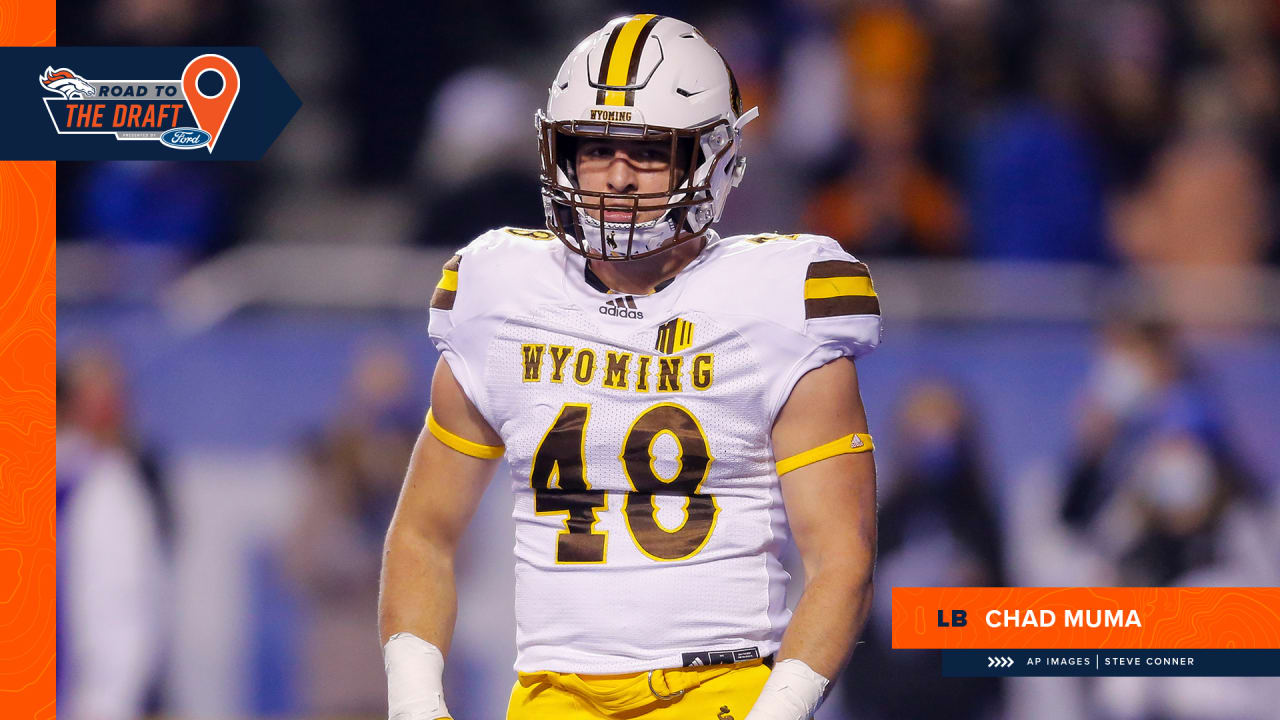 MOBILE, Ala. — Two years ago, a Wyoming linebacker at the Senior Bowl proved he belonged.

Logan Wilson posted impressive tape during his senior season with the Cowboys, and he then held his own at the college all-star game. The Bengals, who coached the opposing team at that year’s Senior Bowl, saw enough from Wilson to select him in the third round of the 2020 NFL Draft.

In his second season in the NFL, Wilson started all 13 games which he appeared and was a revaluation for Cincinnati’s surprising defense. He picked off four passes, forced a fumble, recorded a sack, added five tackles for loss and posted 100 total tackles.

On Feb. 13, he’ll start for the Bengals in Super Bowl LVI.

And at this year’s Senior Bowl, one of his former teammates is looking to follow in his footsteps.

Chad Muma — a Lone Tree, Colorado native — is on the National Team for Saturday’s Senior Bowl, and he believes Wilson may have blazed a path for him to the NFL.

“I definitely think so,” Muma told DenverBroncos.com this week when asked if Wilson’s success has opened teams’ eyes toward his potential. “I get asked about Logan a lot during my interviews, so I think his success and now going to the Super Bowl and him kind of being a mentor toward me has helped a lot.”

Muma, who stays in touch with his former teammate and talked to Wilson this week to get advice for the Senior Bowl process, has done more than enough on his own to earn the attention of NFL scouts.

During his final season in Laramie, Muma ranked first in the NCAA with 142 total tackles, according to College Football Reference. He also posted three interceptions, a pair of pick-sixes, eight tackles for loss, 1.5 sacks and a fumble recovery. A three-down linebacker, Muma said his lateral speed and leadership traits are the defining characteristics of his game.

“I think I just kind of proved that I can go out there and make plays, and I can lead everyone on that defense because I know what I have to do and what everyone around me has to do,” Muma said. “I think I proved that in my play. I can go side to side and just make any play.

“… Playing that ‘Mike’ [middle linebacker] position, you’ve got to communicate with everyone out on the field. That was a huge part of my game and I think just my ability to diagnose the play as it comes. My film preparation is huge as well.”

At the Senior Bowl, Muma said he hoped to prove that he belongs and that he can “play with anyone.” And if that happens to be in Denver, that would be even better for the Legend High School alum. The former Denver Post All-Colorado football team honoree said he grew up a Broncos fan, and he remembers watching players like Champ Bailey and Eddie Royal and attending a preseason game.

Muma met on Monday with the Broncos, whose inside linebacking corps could look different in 2021. Starters Josey Jewell and Alexander Johnson are both free agents, as is trade acquisition Kenny Young. If the Broncos choose to add a player to complement third-round pick Baron Browning, perhaps Muma could be an option.

The projected Day 2 pick said he would relish that opportunity.

“I’d love it,” Muma said. “It’d be a hometown type of thing, and being able to play for the Broncos would be amazing.”

Wherever Muma ends up this spring, it’s clear he belongs.

Tags: Bowl he his