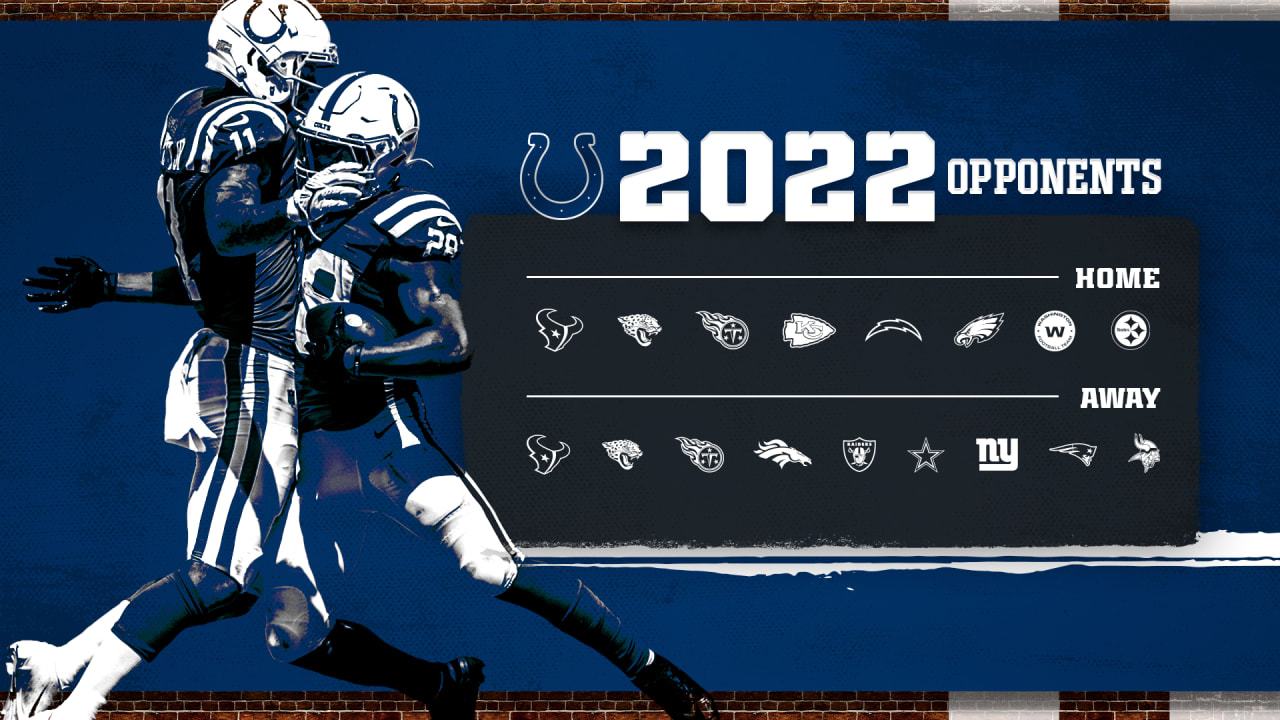 By virtue of finishing second in the AFC South, the Colts will face the runner-ups in the AFC North, AFC East and NFC North. The Colts will host the Pittsburgh Steelers at Lucas Oil Stadium and travel for road games against the New England Patriots and Minnesota Vikings.

The Colts are already scheduled to face the AFC West and NFC East in 2022.

So the Colts will host the following opponents at Lucas Oil Stadium:

And will play the following opponents on the road:

The NFL will announce its 2022 schedule this spring.