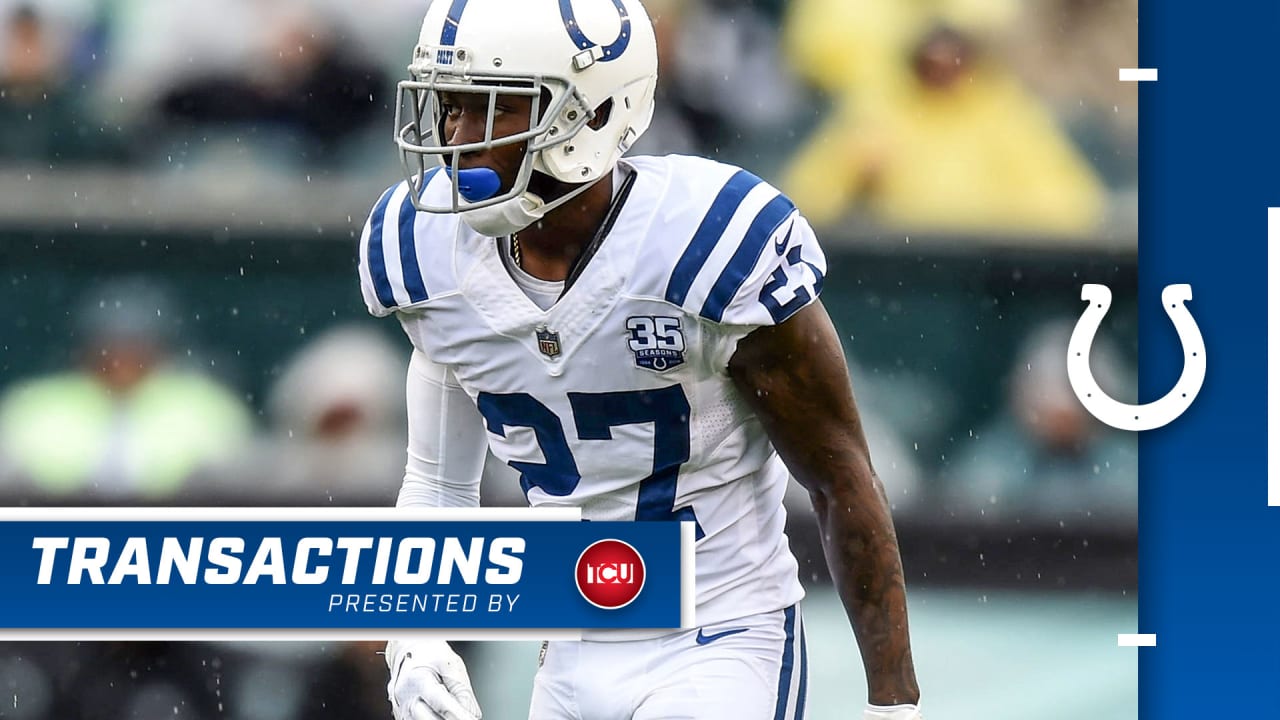 The team today announced it has traded cornerback Nate Hairston to the New York Jets in exchange for a 2020 sixth-round pick.

Hairston, 25, was a fifth-round (158th-overall) pick by the Colts in the 2017 NFL Draft out of Temple. In two seasons in Indy, Hairston saw action in 27 games with 11 starts and totaled 64 tackles (2.0 for a loss) with 2.0 sacks (one for a safety), one interception and six passes defensed.

In three preseason games with one start this year, Hairston totaled eight tackles.

The Colts now have nine cornerbacks remaining on their roster with final cuts just three days away. The team has starters Pierre Desir and Kenny Moore II returning, as well as Quincy Wilson, and also used a second-round pick this year on Rock Ya-Sin.

Others vying for spots on the roster at cornerback include Jalen Collins, Isaiah Langley, Chris Milton, Shakial Taylor and Marvell Tell III.

Wednesday’s move officially gives the Colts nine picks in the 2020 NFL Draft — one each in rounds one, three, four, five and seven, and two picks in rounds two and six. Indianapolis had already acquired a 2020 second-round pick from the Washington Redskins in a deal that also gave the Colts a 2019 second-round pick in exchange for the team’s 2019 first-round (26th overall) selection.