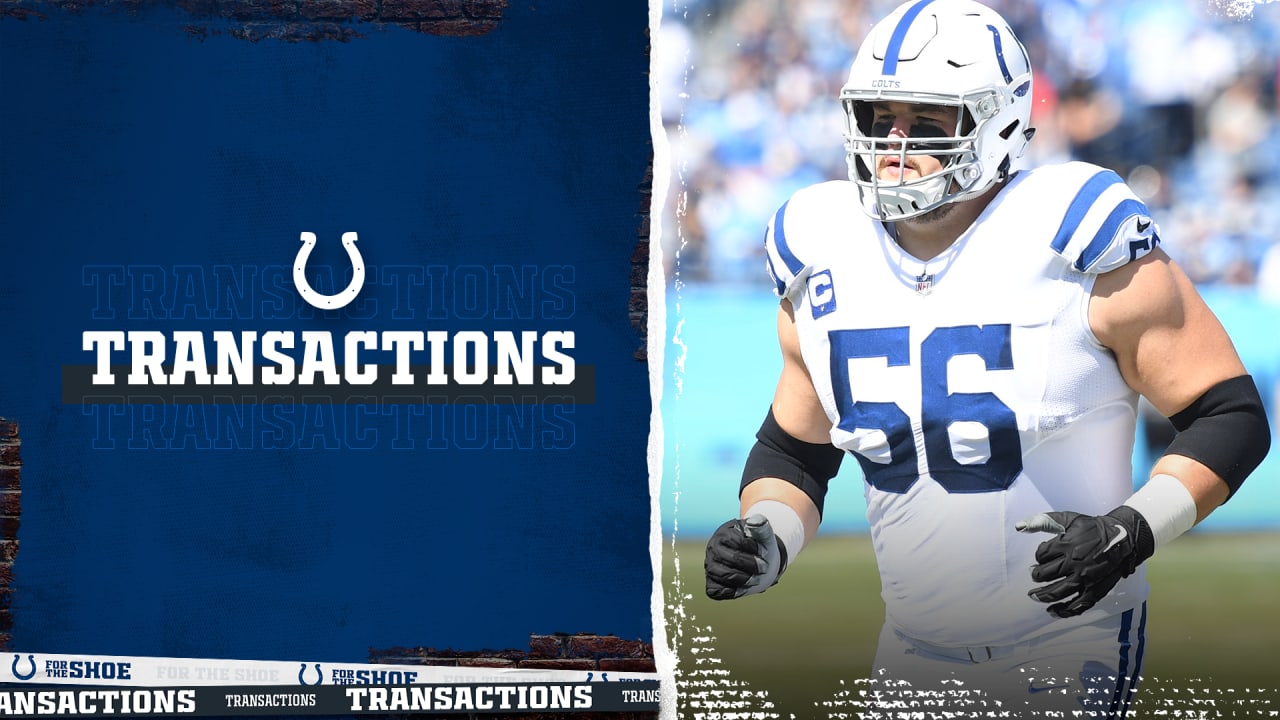 Nelson, 6-5, 330 pounds, was placed on the team’s Injured Reserve list on October 2. He has started all 51 career regular season games and three postseason contests he has appeared in since being selected by the team in the first round (sixth overall) of the 2018 NFL Draft. Nelson started Weeks 1-3 this season. He is a three-time First Team Associated Press and Pro Bowl selection.

Blackmon, 6-0, 202 pounds, has played in 21 career games (20 starts) in two seasons (2020-21) with the Colts and has compiled 73 tackles (60 solo), 5.0 tackles for loss, seven passes defensed, two interceptions, two forced fumbles and three special teams stops. He has also started one postseason contest and tallied five solo tackles. Blackmon was selected by the team in the third round (85th overall) of the 2020 NFL Draft. In 2021, he started all six games and registered 31 tackles (25 solo), 2.0 tackles for loss, one pass defensed, one forced fumble and three special teams stops.

Coutee, 5-11, 180 pounds, was signed to the Colts practice squad on September 2. He saw action in 23 career games (10 starts) in three seasons (2018-20) with the Houston Texans and compiled 83 receptions for 941 yards and four touchdowns, five carries for 14 yards and one touchdown, seven punt returns for 48 yards and five kickoff returns for 97 yards. Coutee also started one postseason contest and totaled 11 receptions for 110 yards and one touchdown. He was originally selected by the Texans in the fourth round (103rd overall) of the 2018 NFL Draft.

Jones, 6-2, 220 pounds, was signed to the Indianapolis practice squad on October 20. He participated in the Jacksonville Jaguars’ 2021 offseason program and training camp. Jones has played in 48 career games (25 starts) in his time with the Jaguars (2020), Dallas Cowboys (2019) and Green Bay Packers (2017-18) and has compiled 202 tackles (152 solo), 7.0 tackles for loss, 3.0 sacks, eight passes defensed, two interceptions and nine special teams stops. He was originally selected by the Packers in the second round (61st overall) of the 2017 NFL Draft.