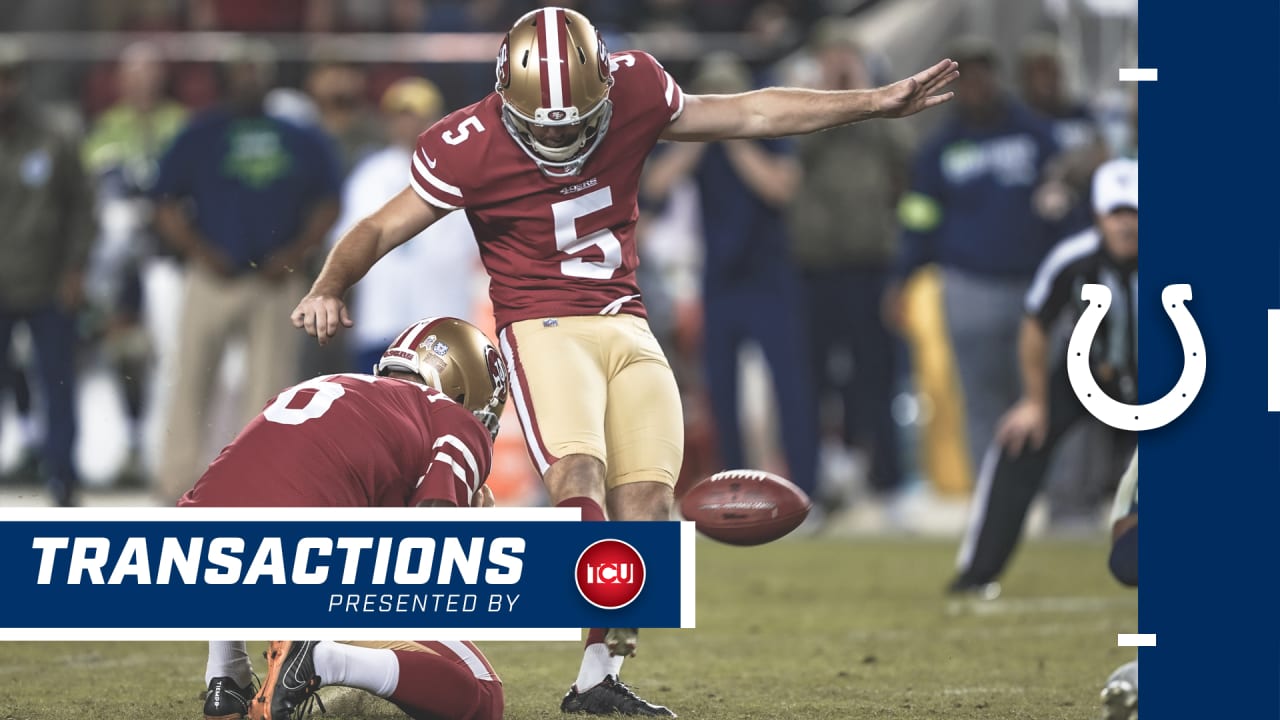 INDIANAPOLIS — The Indianapolis Colts today announced they have claimed kicker Chase McLaughlin off waivers from the San Francisco 49ers.

McLaughlin, 23, was a standout at the University of Illinois, where he was named the 2018 Big Ten Kicker of the Year. He finished his career there ranked first in 50-plus-yard field goals (five), hit all 79 of his extra-point attempts, tying a school record, and was also fourth in career field goals made (44), fourth in field goal accuracy (.746) and sixth in points scored (211).

A Cypress, Texas, native, McLaughlin — a first-team All-Big Ten selection his senior year — tied for the FBS lead with nine 40-plus-yard field goals during the 2018 season and was a Lou Groza Award semifinalists.

McLaughlin was signed by the Buffalo Bills as an undrafted free agent this offseason and hit all three field goal attempts and all five extra-point tries this preseason with the Bills before being released during final cuts.

Since that time, McLaughlin has spent time on the Minnesota Vikings’ practice squad and also was signed to the Los Angeles Chargers’ active roster before taking over for injured San Francisco 49ers kicker Robbie Gould on Nov. 7. The 49ers waived McLaughin today with Gould returning from his quadriceps injury, according to reports.

In seven games combined with the Chargers and 49ers, McLaughlin has converted 13-of-17 (76.5 percent) of his field goal attempts, with a long of 50 yards, and has converted all 15 of his extra-point tries. He hit 7-of-8 (87.5 percent) field goals in three games in San Francisco, as well as all eight extra-point attempts.