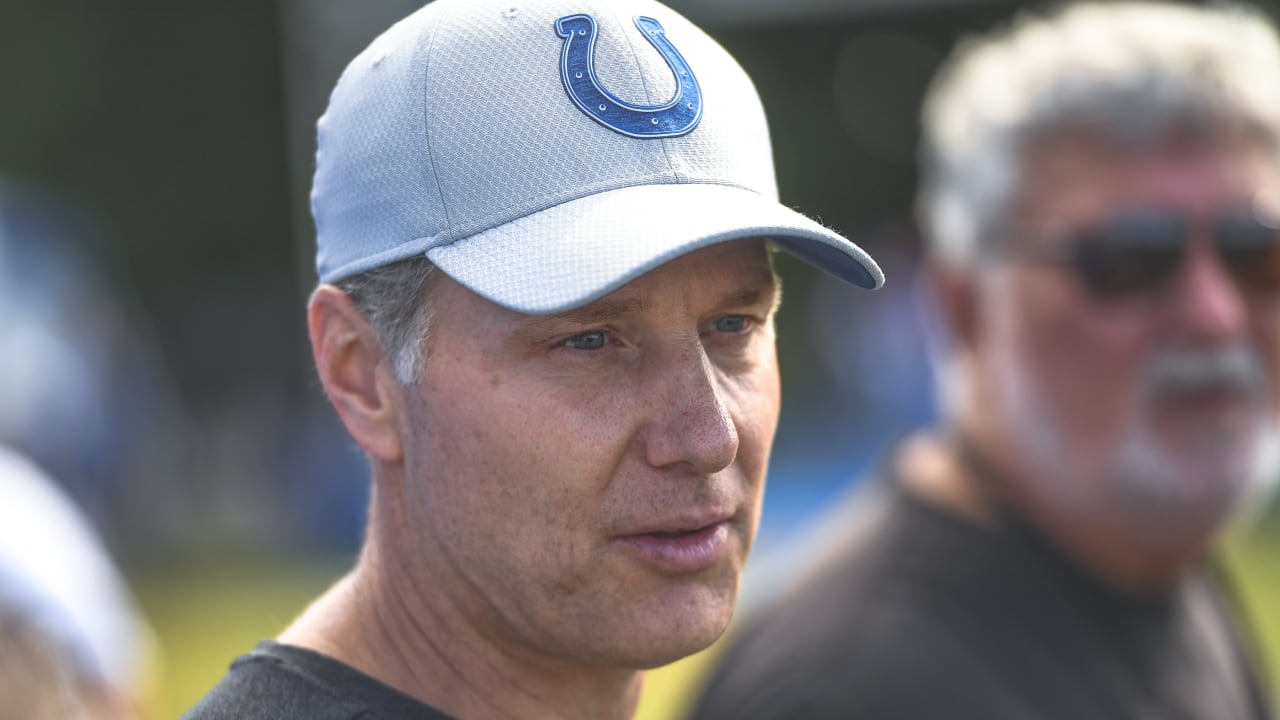 On the acquisition of defensive tackle DeForest Buckner:

“When Chris (Ballard) and Frank (Reich) came to me first about DeForest, and they said, ‘Hey, we have a chance to get this young man here,’ I went back and looked at a few games, in terms of the playoff games and all that, and my initial reaction was exactly what I thought when I watched him in some crossover games, is, ‘This guy is an impact player, and he plays at a high level and he certainly affects the football in positive way up front.’ My answer was, ‘Yes. Go get this guy.’ The question was posed to me, ‘Hey, if we get X player at 13, or this player at 13, or we could acquire DeForest…’ we did some thinking on that, and the thought process was, ‘Hey, we got a known player here that we’ve seen play in the NFL that’s young, that’s played a lot of snaps, has done a great job in terms of impacting football games. If we can get him, let’s go get him.’ … As soon as we signed him, a couple of my buddies in the league got a hold of me and said, ‘You’re gonna love him on gameday, but during practice you’re gonna love him even more.’ The way he practices raises everybody’s level, and his leadership is just that; people lead by example and lead by doing, and he certainly does that in practice. I’m excited to get him on the practice field to watch him work, and to work with him.”

“You start talking about in the secondary, first you had Xav coming in at corner — I mean, that’s just another All-Pro player that we’ve acquired, and Chris and his crew have done a great job of doing that this offseason. That’s just gonna create competition for everybody and raise their level of play. So we’re certainly excited to get (Rhodes) to play outside, which he’s done in his career. And then acquiring T.J. … T.J. is a guy that’s got experience playing inside and outside. That’s certainly a piece we were missing at times last year once Kenny (Moore II) went down; we didn’t have the depth there that we thought we needed to develop more, and (Carrie’s) certainly a piece that can slide in and can slide out.”

“Sheldon is a guy that has the exact same thing with DeForest, which is motor. He’s got great motor. He’s one of those pieces inside that we we’re looking for in terms of having three or four players inside that can play.”

On selecting safety Julian Blackmon in the third round of the 2020 NFL Draft:

“Yeah, the first thing you look at defensively, where we look at our players, say, ‘Hey, let’s look at Player X.’ We look at Player X, and we see what kind of turnover activity he has. So that’s an important of that; so if they take the ball away in college, they’re gonna take the ball away in the pros. So we want to make sure that they have a high number there. So we look at that … (Blackmon) has over seven interceptions in his career, he’s caused several fumbles, recovered fumbles, he’s a heck of an athlete. He’s what we’d consider a ‘ball’ guy. Then to his quickness and his instincts and the way he affects the football game that way … it was a no-brainer for us to be able to take him. … You know, I know he’s coming off injury — he’s gonna be back sometime in August and September, depending (on), a lot of times these great athletes, they heal pretty fast, so we’ll see where he is at that point. But we’re certainly excited to get Julian. … The (main) attribute I would say is I would say that he loves football, and that’s so great (that) he has passion and love for the game, because everything comes off of that. … If you’re standing on that as your foundation, you have passion and love for the game, everything else is gonna fall into that — practice habits, execution, time of task, extra study, all of those are going to fall off of that passion and love for football, and that’s what he has.”

On selecting defensive tackle Rob Windsor in the fifth round of the 2020 NFL Draft:

“First and foremost, he stands on effort; you know, he stands on passion. You can see that he exhibits … he also loves the game of football, and that, to me, is everything, because you can see in his play. A lot of guys wanna talk about, ‘Hey, I love this,’ or, ‘I really have passion for this,’ but, to me, you’ve gotta display that every single day, day in and day out, and he does that. So we’re excited to get Robert.”

On selecting cornerback Isaiah Rodgers in the sixth round of the 2020 NFL Draft:

“So they had me watch Isaiah pretty early on in the process. I came away just shaking my head like, ‘This guy is so dynamic.’ You watch all of his tape in terms of his returns and the interceptions and the interception returns and the way in which he goes about his business, he’s special. We’re excited to get him. He’s gonna have to prove himself up here at this level, but, man, when you watch that tape you came away excited to talk about him, and we certainly are excited to have him on our team.”

On selecting linebacker Jordan Glasgow in the sixth round of the 2020 NFL Draft:

“You turn on the tape of this guy, and from 10,000 feet you see the intensity. You can feel it just oozing from the guy. So we’re excited to see that in the games, and certainly in practice under a controlled environment. … He is intense, and hopefully that bleeds over to the rest of the group. I know that there’s some intense guys in that linebacker room, too, so they’re excited to get a chance to work with him, also.”

Final thoughts on the defense heading into training camp: