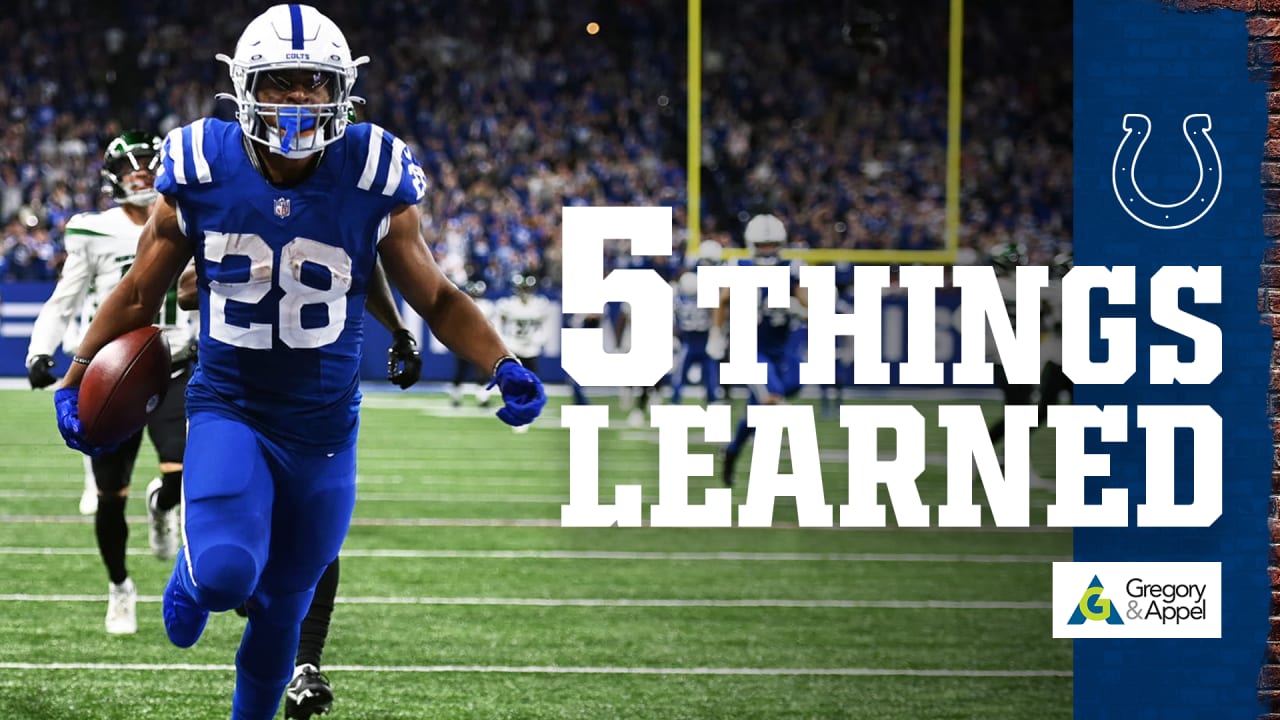 Those chunk gains on the ground added up as the game went on. Taylor’s 78-yard touchdown was a highlight, but this three-play sequence with eight minutes left in the third quarter was significant, too:

Hitting so many explosive runs – especially on consecutive plays – physically and mentally can wear down a defense.

Taylor said, too, he can sense the impact those big running plays have on an opponent.

“It kind of drains them,” Taylor said. “I would think it drains them. It’s like, ‘Man, he just scored in one play and we didn’t make them work for it.’ It kind of takes the life out of them I would say. That’s my perspective at least. You just try to get as many of those as you can in order to try and break their will. This game is about who’s the toughest the longest.”

And, again, it takes more than just the running back to generate explosive gains, and Taylor – like Hines – reserved a special shout-out to his wide receivers.