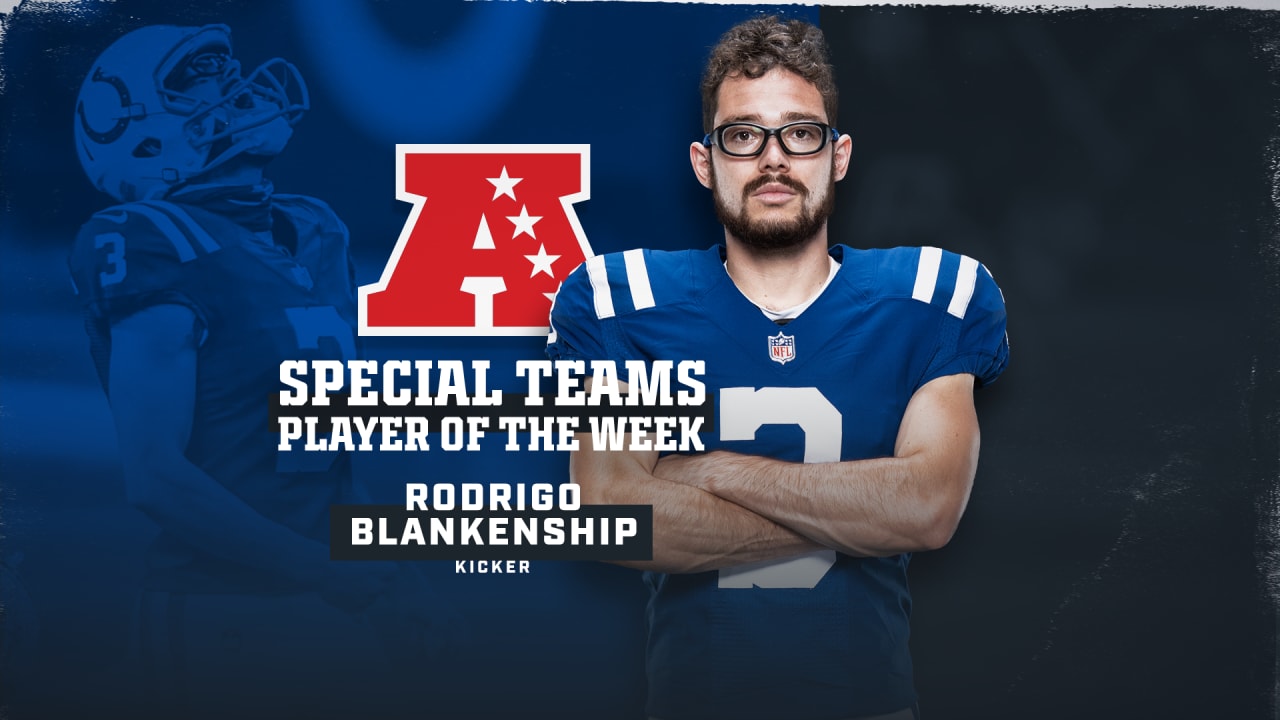 While Blankenship didn’t have the greatest of starts to Sunday’s contest against the Packers — his first field goal attempt from 50 yards out banged off the crossbar early in the second quarter — he showed tremendous resilience the rest of the way.

Blankenship, in all, would hit four of his five field goal attempts on the day, as well as both extra-point tries, to finish with 14 points in all.

He saved his best kick for last. After fellow rookie Julian Blackmon forced a fumble on wide receiver Marquez Valdes-Scantling on the Packers’ first drive in overtime, which was recovered by defensive tackle DeForest Buckner at the Green Bay 29-yard line, Blankenship came on after three Jonathan Taylor run plays and absolutely drilled the game winner from 39 yards out.

Blankenship knew it was good off his foot; he then ran down the field with his teammates to celebrate their seventh victory of the year — this one coming against the NFC’s best team.

Blankenship has been absolutely nails for the Colts in his first NFL season. The undrafted Georgia product has connected on 23-of-26 field goal attempts (88.5 percent) and 25-of-27 extra-point tries (92.6 percent) for 94 total points; he’s tied for first in the league in points scored and is second in the NFL in made field goals.

Blankenship is also the first Colts kicker since Adam Vinatieri in Week 8 last year to be named AFC Special Teams Player of the Week; Vinatieri earned the weekly honor 11 times during his illustrious career in Indy.