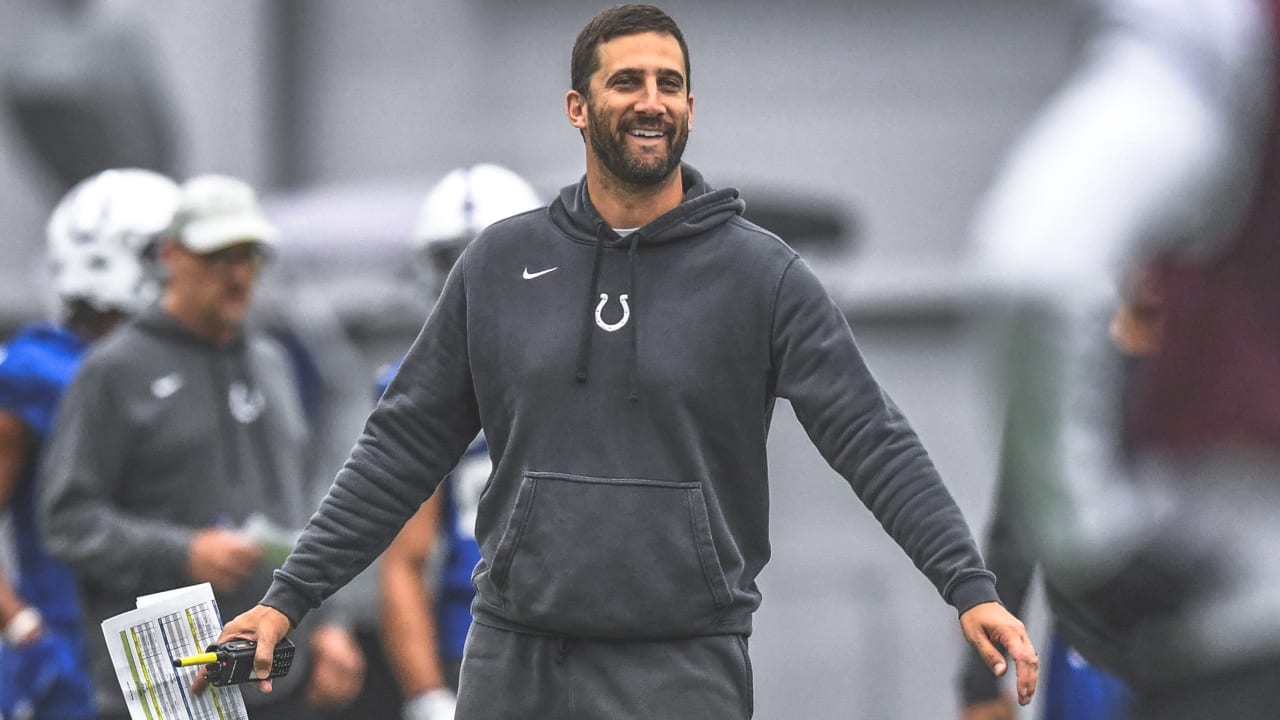 » Sirianni feels the offensive line as a whole is starting to raise its level of play of late: While the Colts certainly haven’t had bad or even mediocre offensive line play the first few weeks of the season — especially when it comes to pass protection — the team knows there’s an elite all-around level of play this unit can get to on a week-to-week basis.

Sirianni said he started to see flashes of that in last Sunday’s Week 5 loss to the Cleveland Browns. Although the Colts didn’t have the ball much at all in the first half, and were playing catch-up most of the second half, he was encouraged by what he saw when he popped in the film on Monday.

“I think Sunday’s game was a little bit different circumstances as far as we kind of got ourselves in a hole. We did get running the football. I thought there were a couple things that we did on some of our schemes on Sunday where it was as good as we’ve blocked some things all year,” Sirianni said. “I really thought – just the way the game went, sure we’d like to get more runs called, but the way the game went and the hole that we were in and the amount of plays we had in the first half I just don’t think it played itself out that way. But there were definitely some things that in the run game, I saw us take steps. I thought Jonathan Taylor played his best game of the year also last week. Like I said, some of these zone-run schemes that we had on Sunday were really effective.

» The on-paper production might not yet be where it’s been in previous seasons, but T.Y. Hilton has been a major part of the offense to this point of the season: If you simply look at the stat sheet, Hilton through five games this season has 19 receptions for 231 yards, an average of about four receptions for 46 yards per game.

That’s not too shabby by most receivers’ standards, but Hilton has proven he’s not just most receivers throughout his career; the four-time Pro Bowler has averaged about five receptions for 72 yards per contest in nine seasons and usually scores about one receiving touchdown every three games since being selected by the Colts in the third round of the 2012 NFL Draft.

So how can the Colts and Hilton get back to that level of production? Well, first off, Sirianni said Hilton is finding other ways to make his mark on the offense; he’s already drawn a league-leading four defensive pass interference penalties for 72 yards, which is a clear indicator of the fear he still strikes in opposing members of the secondary.

“As a wide receiver, as a spectator, you look at that, those don’t count for your total yards when the game is done, but we sure as heck – when we get a pass interference, it gets us 40 yards, we sure as heck account for it,” Sirianni said. “That’s like an explosive play for us.”

Sirianni said he thought last Sunday’s contest against the Browns, in which Hilton had six receptions on 10 targets for 69 yards, was his “best game of the year to date,” and that, “we’ll just continue to do what we do try and get him the football.”