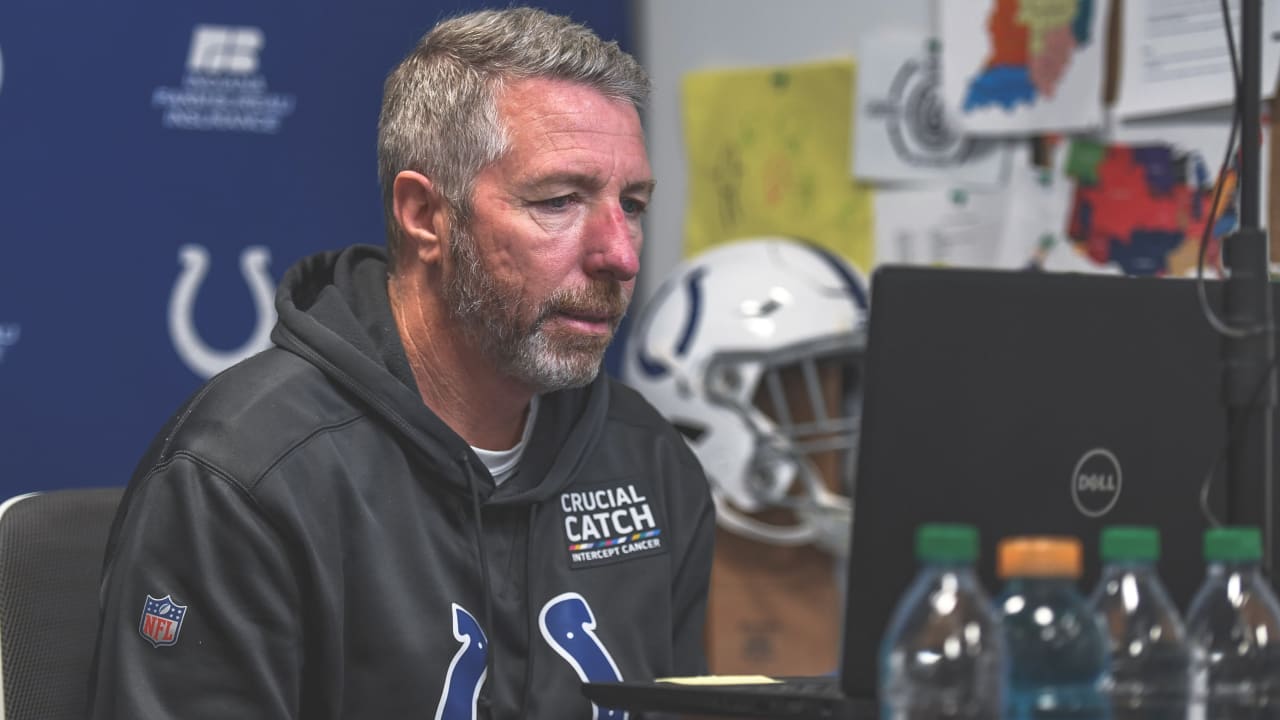 » Strausser says Quenton Nelson has a “tremendous desire to be the best that’s ever played:” Nelson has already had one of the greatest starts for an offensive lineman in NFL history. Last year, he became just the seventh player since the 1970 NFL/AFL merger to be named First-Team All-Pro in their first two seasons, and the fourth offensive lineman to accomplish that feat ever. You’d have to go back to Dick Huffman of the Los Angeles Rams in 1947-48 for the last time an offensive lineman accomplished that feat.

Strausser, who first started coaching Nelson last year, said it’s clear why his left guard has been so successful.

“You don’t become a guy like Quenton Nelson without having this burning desire to get better all the time,” Strausser said. “And he really does, since the day I walked in the building, and I know he was saying it before I got here, but he has this tremendous desire to be the best that’s ever played. And when you’ve got that mindset, you’re always in that mode when you go out on the football field of, ‘Hey, what can I get better at?'”

Strausser said in the film room, Nelson might even compare to another Colts legend.

“He’s so driven,” Strausser said. “He wants me to critique every little thing with him, and I’ve heard stories over the years about when Peyton (Manning) was here and what he said to Jim Caldwell when he was the quarterback coach, and he said, ‘Hey, coach me like I’m an eighth grader; assume I know nothing. Coach me every stinkin’ play.’ And that’s really what Quenton’s mindset is; he wants to be coached on every little detail and have (a) discussion about it.”

» The competition for backup spots at tackle will really be heating up soon: Joe Haeg’s departure in free agency this offseason created an opening for the Colts’ swing tackle position — someone who can step in and play when needed for either Anthony Castonzo on the left side or Braden Smith on the right.

Veteran Le’Raven Clark returns to the Colts for his fifth season in 2020 and will be in the mix to compete for that job, but Strausser also mentioned four-year veteran Chaz Green, undrafted rookie Carter O’Donnell and Andrew Donnal, who has mostly been working at guard, as candidates to get reps at tackle throughout camp.

Others could also be used at tackle in a pinch, Strausser said, include 2020 fifth-round pick Danny Pinter, who played right tackle at Ball State but is primarily working at guard and center in Indy, as well as Brandon Hitner.

“All those guys that are really fighting for those backup spots, they know they have to be as versatile as possible, and that’s really their role,” Strausser said. “Until they get to a starting spot, they’ve got to play as much as they can.”

Strausser is expecting that competition for backup jobs to really heat up on Aug. 17, when the team is allowed to begin padded practices for the first time.

» Strausser is constantly thinking of his close friend Howard Mudd after he was critically injured in a motorcycle accident late last month: According to Mudd’s wife, Shirley, Mudd, an avid motorcyclist, was rushed to a Seattle hospital after crashing on July 29.

Mudd initially underwent surgery to his pelvis, but doctors to this point have been unable to further stabilize him for additional needed procedures. He has been responsive of late and, by all accounts, has been fighting hard.

The legendary former Colts offensive line coach and Strausser have been close friends for years, and even worked together in Indy last year when Mudd served as a senior offensive assistant coach for a few months.

“We’re thinking about him every day,” Strausser said. “Hey, we all know that this is one tough sucker, so if anybody can pull himself out of this, it’s going to be Coach Mudd. And we’re praying for him for sure and looking forward to him getting back and watching Colts football.”

For updates on Mudd’s condition from his family, click here.