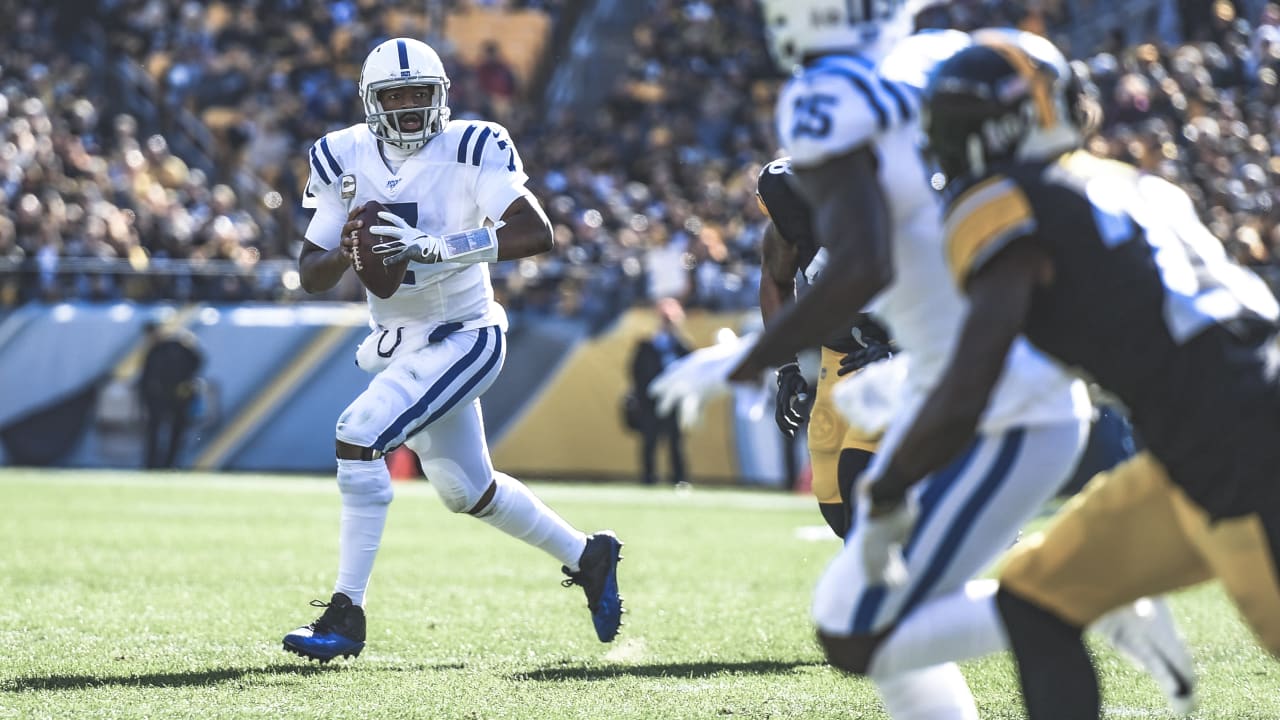 Reich said the team is “encouraged” about Brissett’s MRI results, but added it’s way too early in the week to determine whether he’ll be able to play Sunday in the Colts’ Week 10 matchup against the Miami Dolphins.

The team will wait until Wednesday, the first day of practice this week, to start gauging whether Brissett could potentially return, or whether backup Brian Hoyer could get his first start of the season.

“We’re just going to have to wait until Wednesday to see how it feels,” Reich said of Brissett’s knee. “I mean, it’s one thing to come in today after the injury and feel a little (better); I think in his mind he felt a little bit better than he expected to feel today, but that’s still a far cry from being able to play the game.”

Reich told Colts.com’s Matt Taylor on Monday that Brissett is “optimistic,” so “we’ll be optimistic, but we’re going to see how it has to go during the week.”

Brissett suffered the injury early in the second quarter of Sunday’s game when he was rolled up on by left guard Quenton Nelson, who was pushed into the quarterback’s left leg by a Steelers defender. Brissett was able to jog off the field under his own power, but after an evaluation on the sideline, the team elected to go with Hoyer for the rest of the game.

Reich confirmed that if Hoyer does need to start against the Dolphins that practice squad quarterback Chad Kelly would likely be elevated to the active roster.