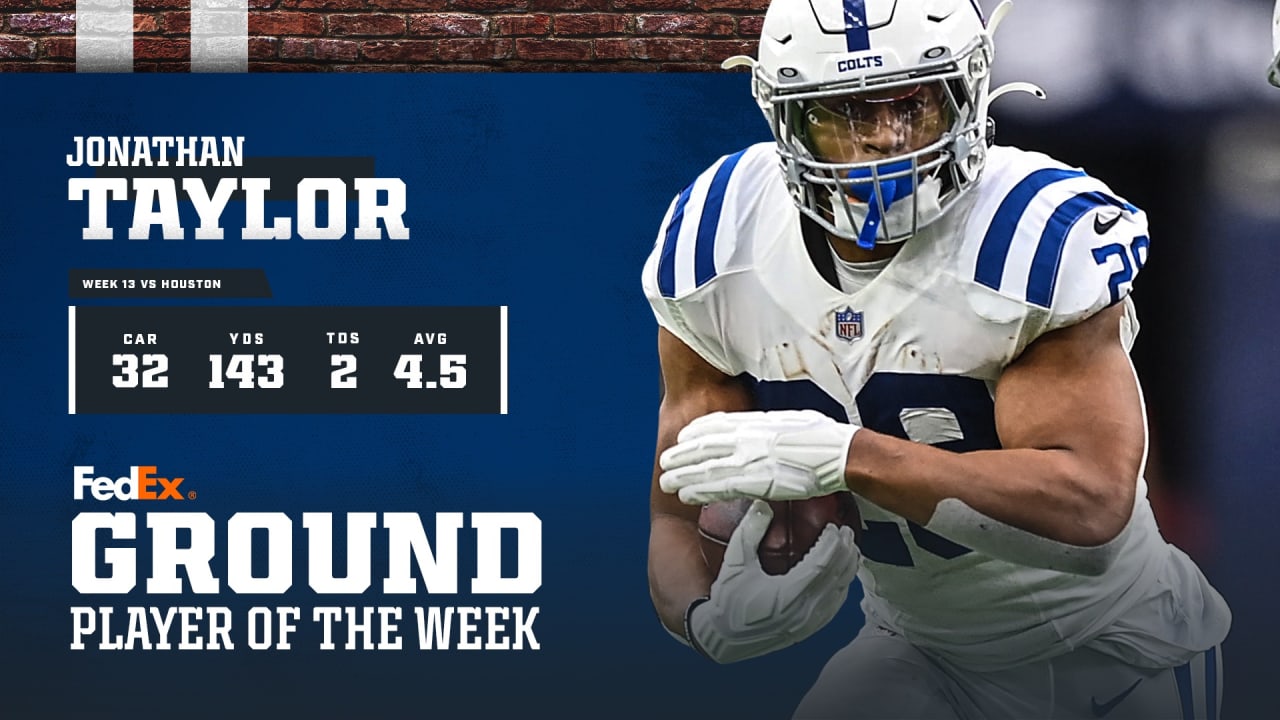 Colts running back Jonathan Taylor on Wednesday was named the FedEx Ground Player of the Week for Week 13 of the 2021 NFL Season.

Taylor rushed 32 times for 143 yards with two touchdowns in the Colts’ 31-0 win over the Houston Texans on Sunday. He enters the Colts’ bye week leading the NFL in rushing attempts (241), rushing yards (1,348) and rushing touchdowns (16).

It’s the third time Taylor has earned FedEx Ground Player of the Week honors this season. He won the award in Week 6 after rushing for 145 yards and two touchdowns in the Colts’ 31-3 win over the Houston Texans and in Week 10 for his 119-yard showing in the Colts’ 23-17 win over the Jacksonville Jaguars.

Fans vote for the FedEx Air and Ground Players of the Week each week during the NFL season.

FedEx will work with the Thurgood Marshall College Fund to make a $2,000 donation in Taylor and Prescott’s names to Historically Black College and Universities. The Thurgood Marshall Fund is the largest organization that exclusively represents the HBCU community; during the 2021 NFL season, select HBCUs will receive grants totaling more than $100,000 to support needs-based scholarships for the 2022-2023 school year.