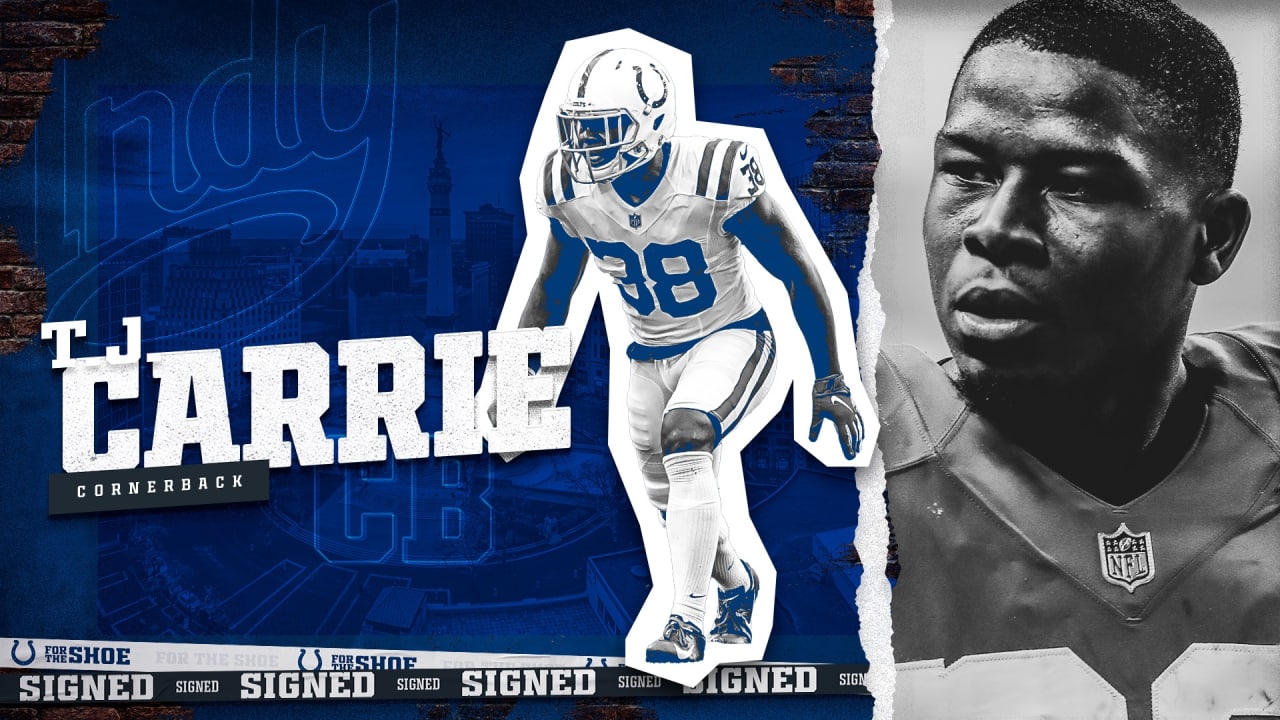 Carrie, 6-0, 204 pounds, has played in 107 career games (53 starts) in his time with the Colts (2020), Cleveland Browns (2018-19) and Oakland Raiders (2014-17) and has compiled 354 tackles (286 solo), 13.0 tackles for loss, 2.0 sacks, 51 passes defensed, seven interceptions (one returned for a touchdown), six forced fumbles, eight fumble recoveries and nine special teams stops. He also has registered 52 punt returns for 387 yards and 17 kickoff returns for 395 yards. He has started two postseason contests and has recorded six tackles (four solo), one pass defensed and one special teams tackle. Carrie was originally selected by the Raiders in the seventh round (219th overall) of the 2014 NFL Draft.