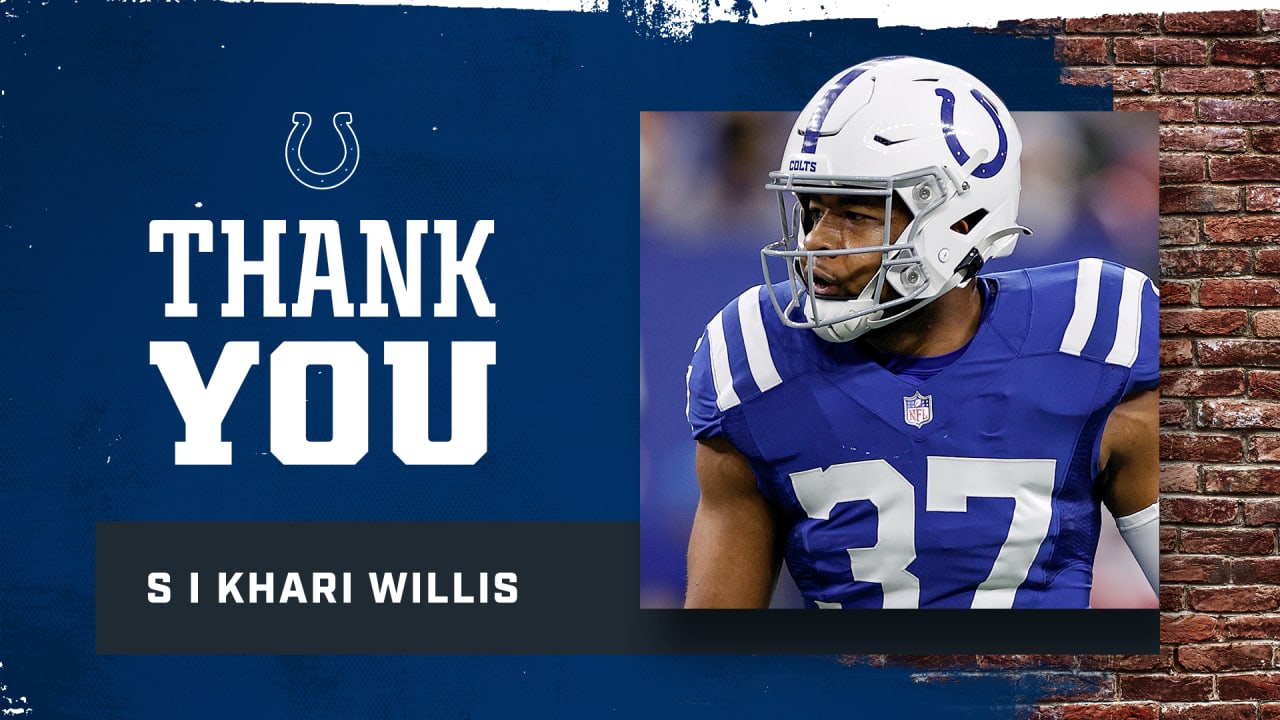 Willis, a 2019 fourth-round pick (No. 108 overall), played in 39 games (33 starts) for the Colts from 2019-2021. He totaled 219 tackles, four interceptions, seven pass break-ups, 3 1/2 sacks, seven tackles for a loss and one fumble recovery while offering the versatility to play physically near the line of scrimmage and cover well in the back end of the Colts’ defense.

Willis also tallied five tackles in the Colts’ wild card round playoff loss to the Buffalo Bills in 2020.

The 5-foot-11, 213 pound Willis played his college ball at Michigan State and is a native of Jackson, Mich. He’s also the cousin of Colts Ring of Honor wide receiver Bill Brooks.

Without Willis, the Colts will look to a deep, talented group of safeties to fill in for his production – a group including third-year starter Julian Blackmon (who’s targeting a training camp return from an Achilles’ injury), 10-year veteran Rodney McLeod, 2022 third-round pick Nick Cross and former Kansas City Chief Armani Watts.